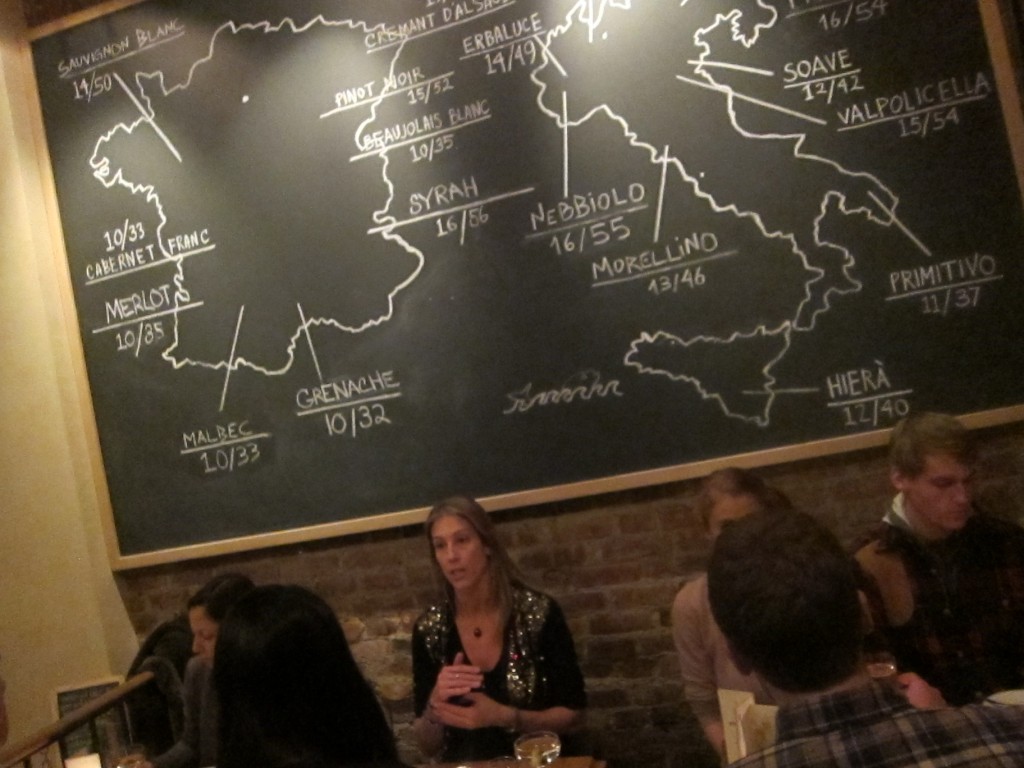 There is a lot to find endearing about Buvette — the decor has the studied understated cheeriness of Pottery Barn; when you request a table, the waiter scribbles your name in chalk on the doorframe. 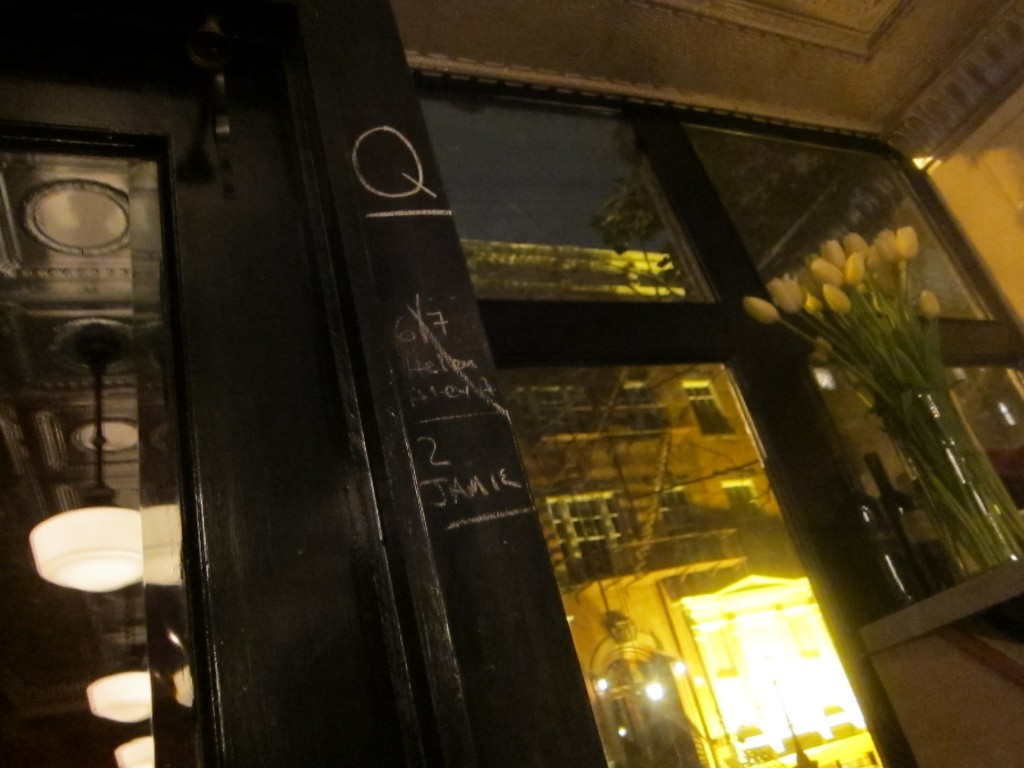 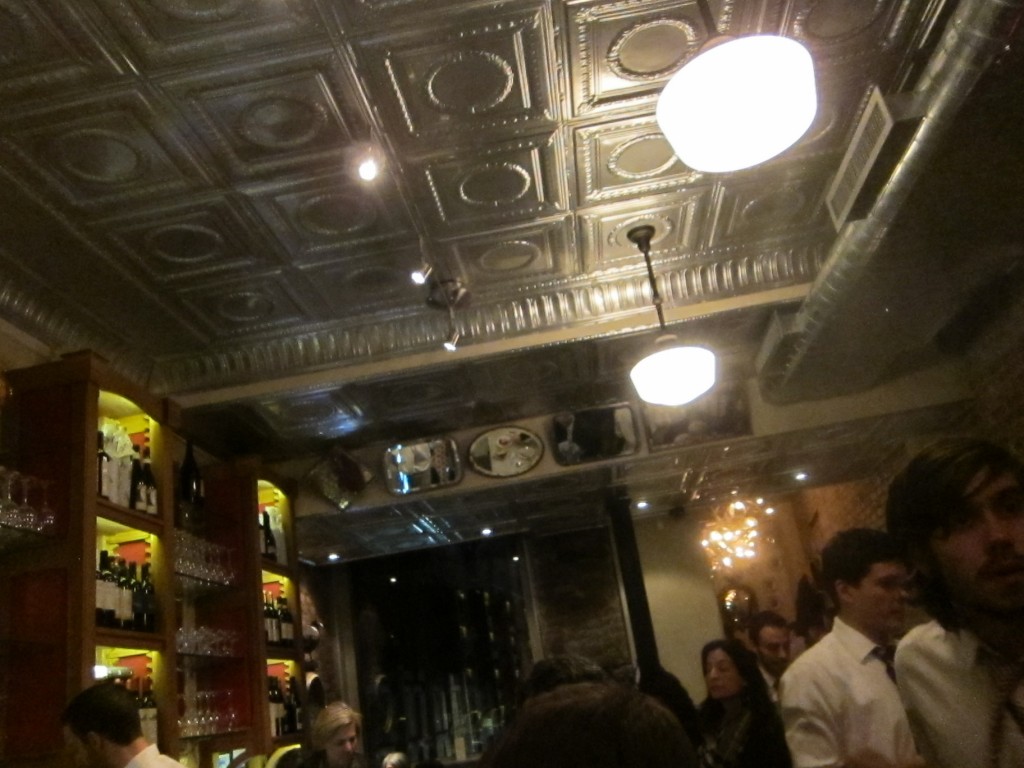 … and the small menu is (relatively) unfussy. 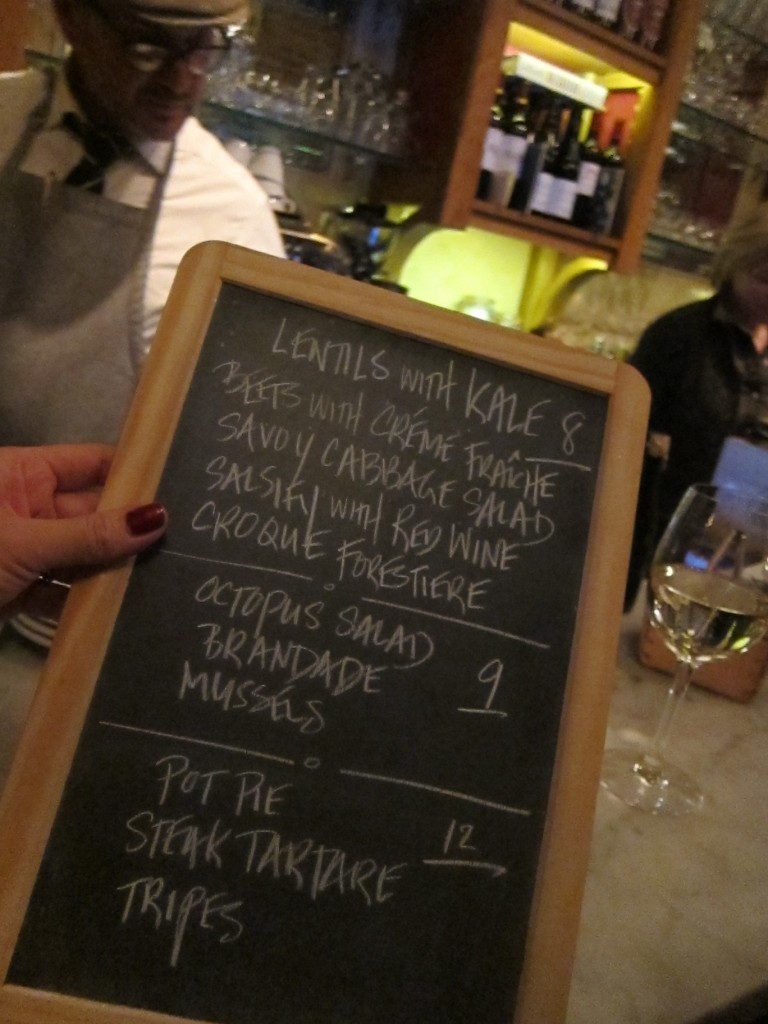 Now, this is a tiny place with a limited kitchen — if you see something you want on the menu, order immediately. Although the croque forestiere (a vegetarian croque monsieur) caught our eyes, Buvette had run out of them by the time we asked for one even though we had spotted a mound of them sitting on the counter just 30 minutes before. 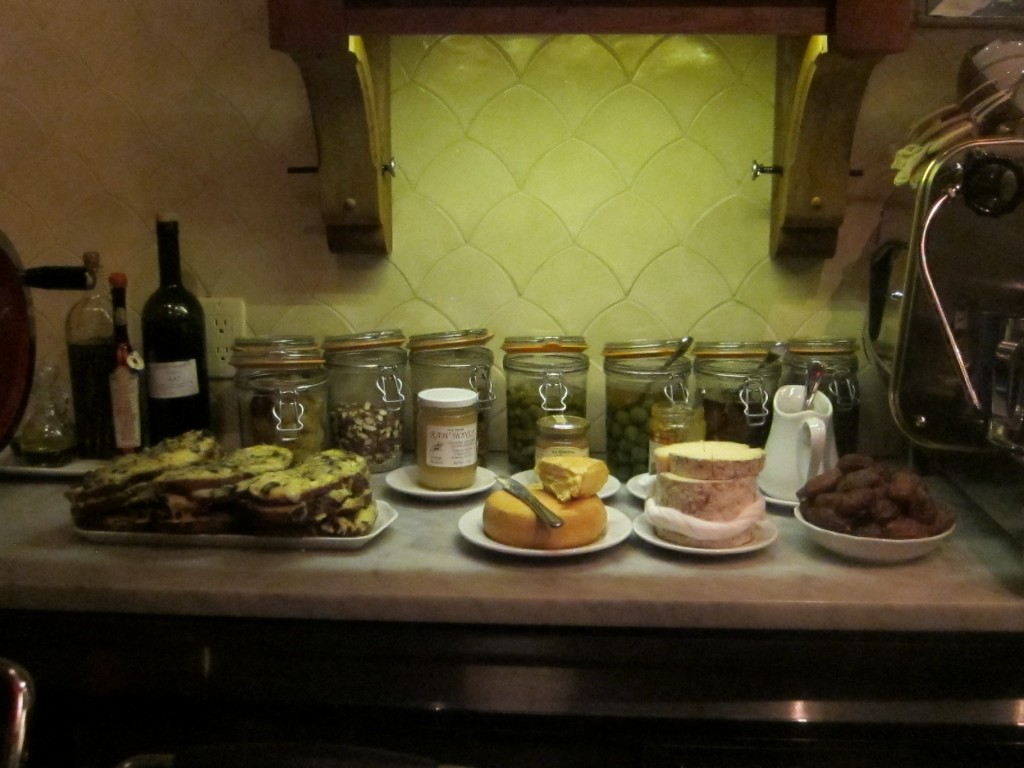 A spot at the bar, though, gives you a front-row seat to the kitchen — you’ll be privy to the minutiae of the bartender-cum-cook in action as he pops bowls of mussels into the microwave or tosses salads together. 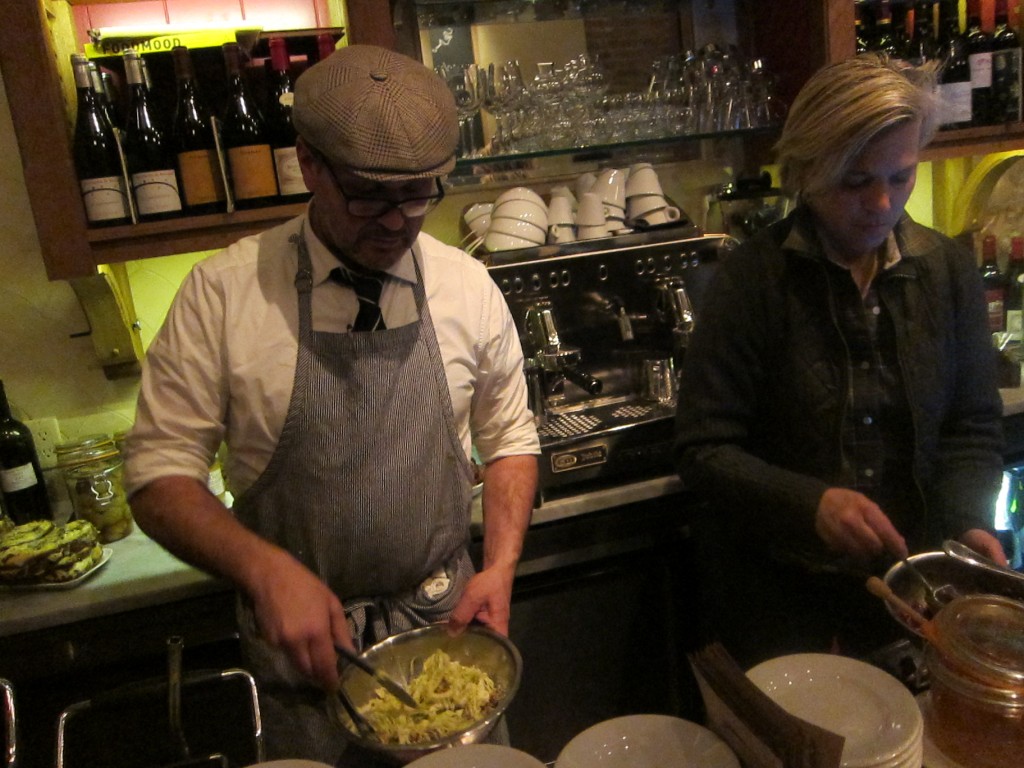 Besides the chalkboard menu, the restaurant offers a range of cheeses ($7 each or $21 for three) and charcuterie ($8 each or $35 for five) as well as little $7 tartines topped with anchovies, hazelnut pesto and orange zest or onion confit and gruyere.

We have the braised oxtail marmalade on toast ($7), which is of a healthy size, to say the least. The oxtail is tender and delicious — it is hard to resist the urge to ask for more toast to sop it all up. 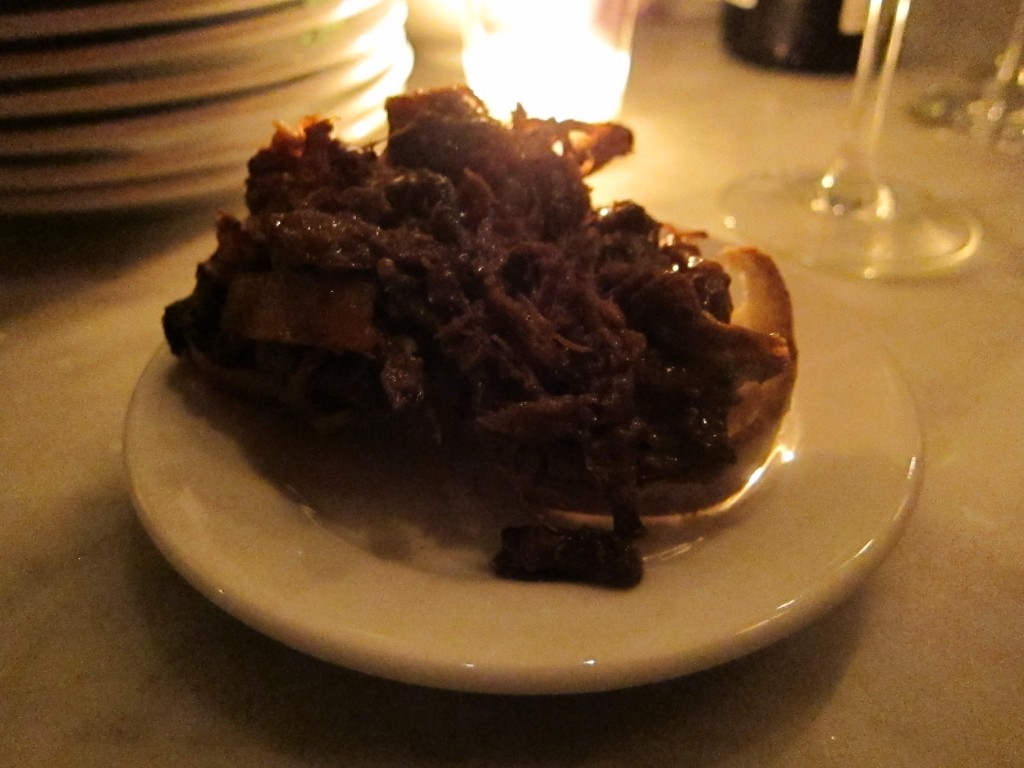 We ask the bartender to pick a cheese for us and the Vermont Spring Brook Tarentaise, a raw cow’s milk cheese, doesn’t disappoint. Firm, with a nice little grit to each bite, the cheese is sharp, deep and nutty. 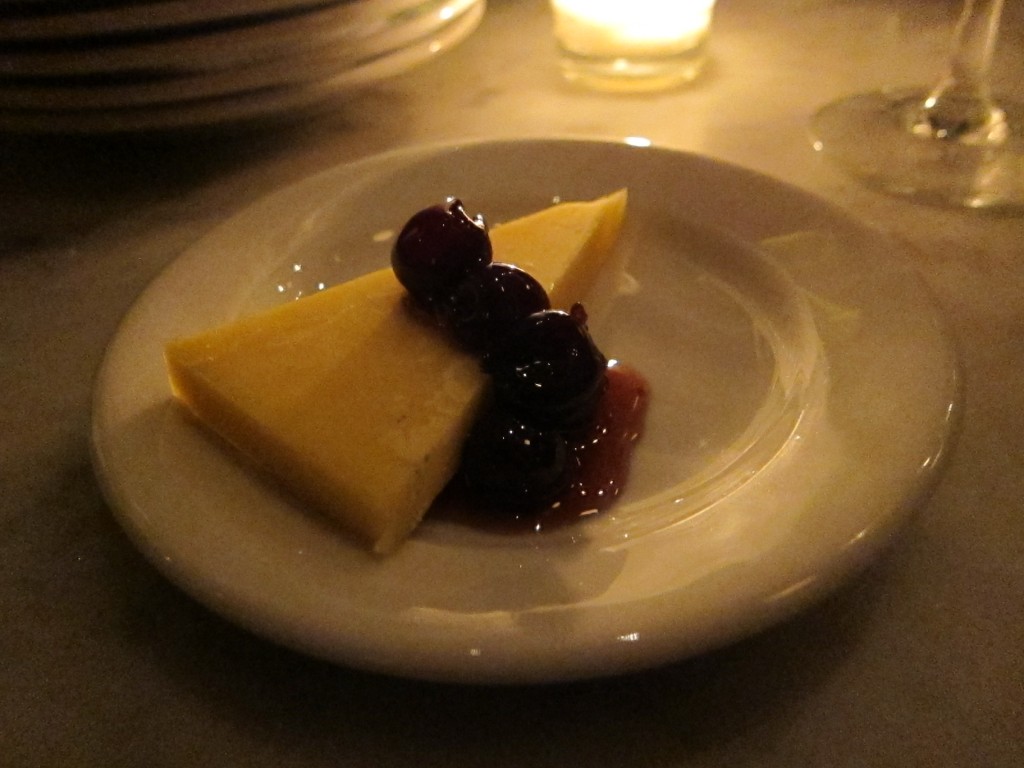 It is the $12 pot pie that impresses, however.

Although it is tiny — little larger than a fully loaded New York cupcake, really — this pot pie packs a punch. 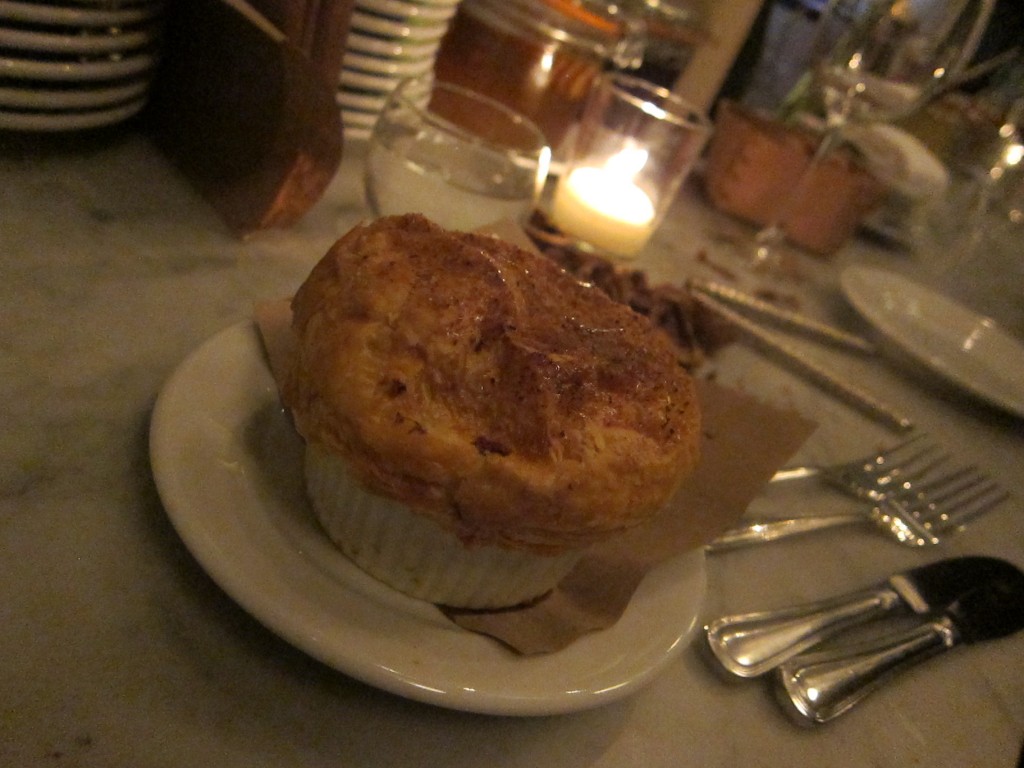 The crust is perfectly flaky and buttery and the thick stew beneath, stuffed with chunks of guinea hen, capon and rabbit, is a true treat. After one bite of this complex filling, with the rabbit lending a nice heft to the meaty mix, a pot pie merely packed with chicken may never seem enough for you again. 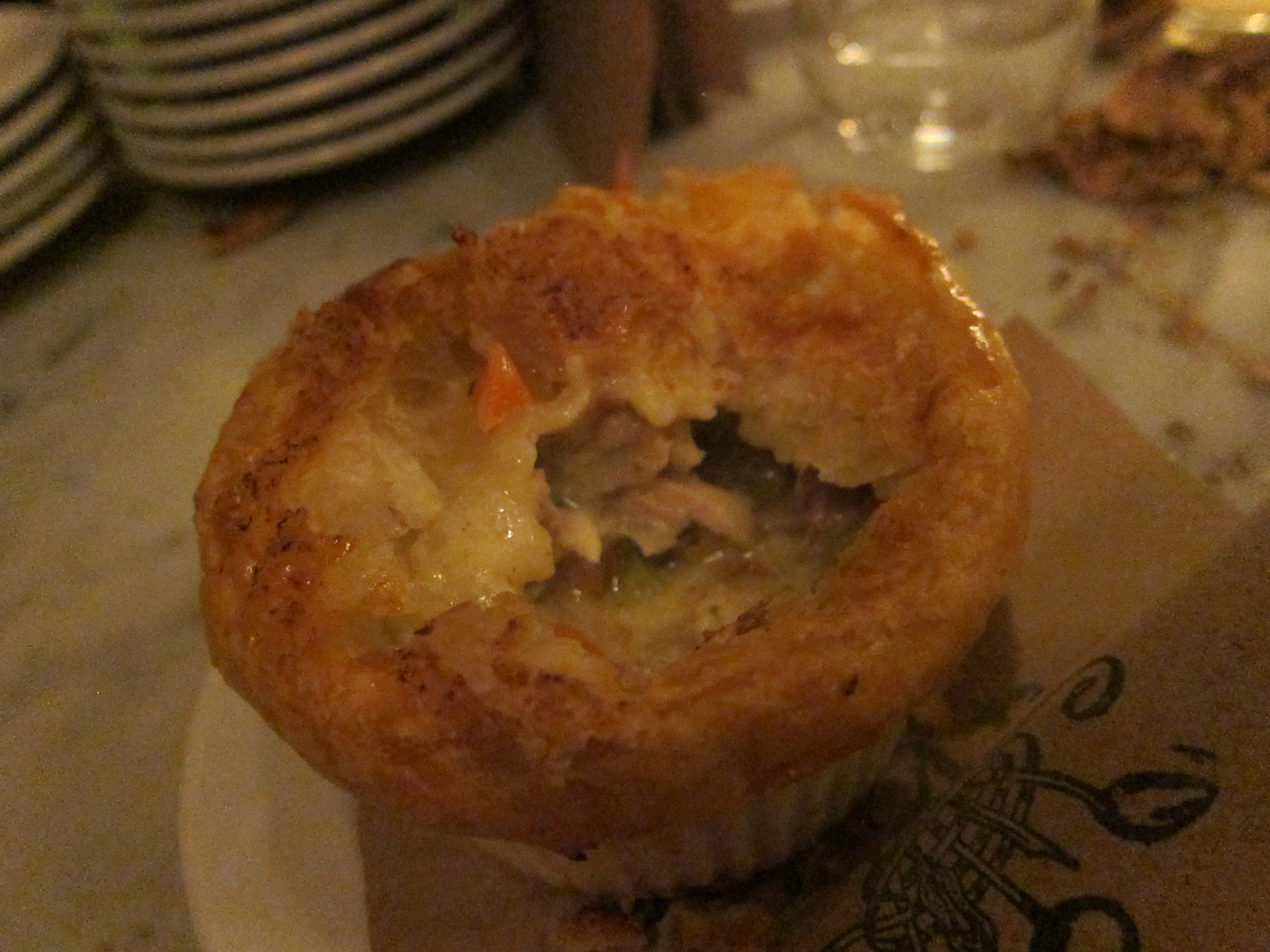 When we have put down our forks, it occurs to us what we’ve eaten. Chicken, yes — in what once was a fried chicken shrine.

This version, though different, was just as splendid, however. (And, I could already tell, just as addictive.)

Which could be said of Buvette as well. The Pink Teacup it may not be — but perhaps, that’s alright. 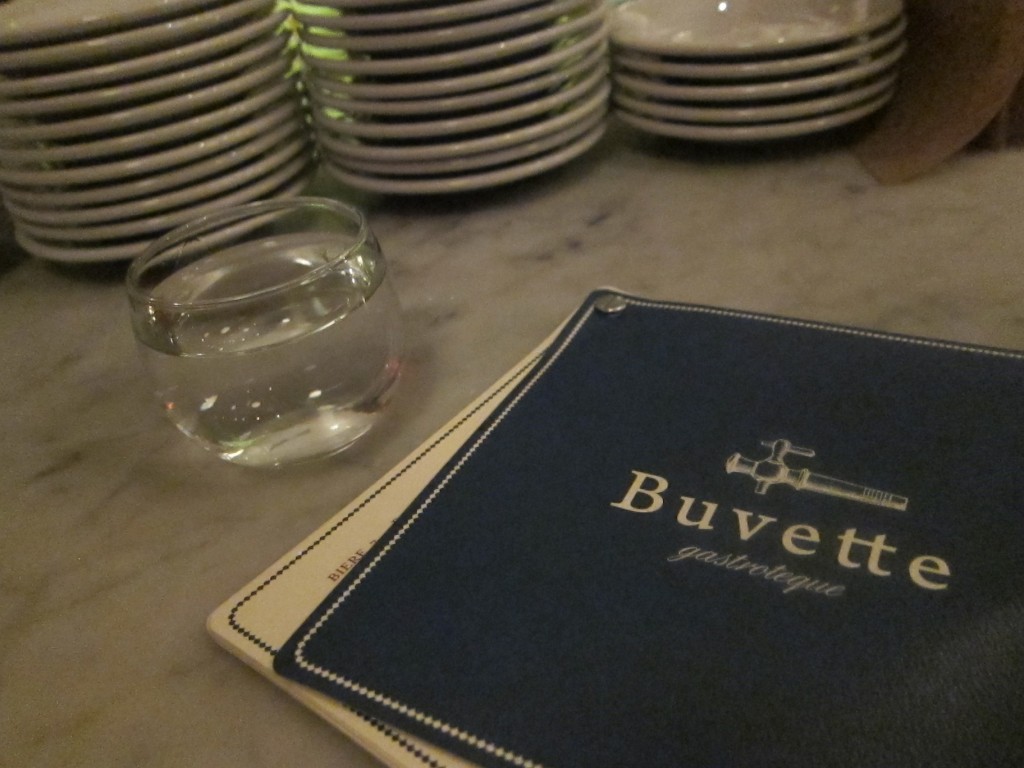