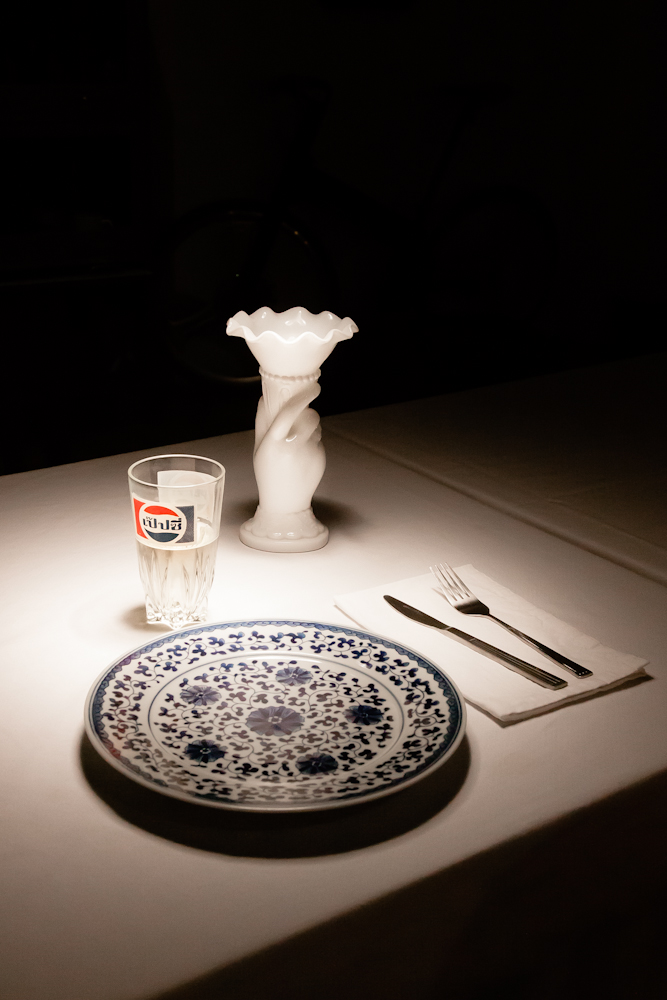 In life, there are often moments where you hear something you just can’t believe.

“I am making dinner …” recently was one such moment for me. And as soon as my friend Jesse — whom you may recall from his sharing of some lovely photos of India nosh with us recently — spoke those words, I insisted on knowing all the details: What are you making? How are you making it?

And most important: You can cook?

Jesse is many things — a terrific journalist and a talented photographer for starters. But cook? This I had to see.

Soon enough, a little stash of photographs appeared in my inbox …

It’s very simple, Jesse explained. Whenever he has people over for dinner, he turns to one dish — Chicken a la Jesse.

What is it exactly? Something he made up some time ago based on ingredients he had in his pantry and flavors he knew he liked together.

I should have known, of course, that Jesse was a secret cook. He has one of the coolest ovens I’ve seen in New York City — it’s one of those vintage white pieces you might have seen in your grandmother’s kitchen decades ago.

Just look at this knob: 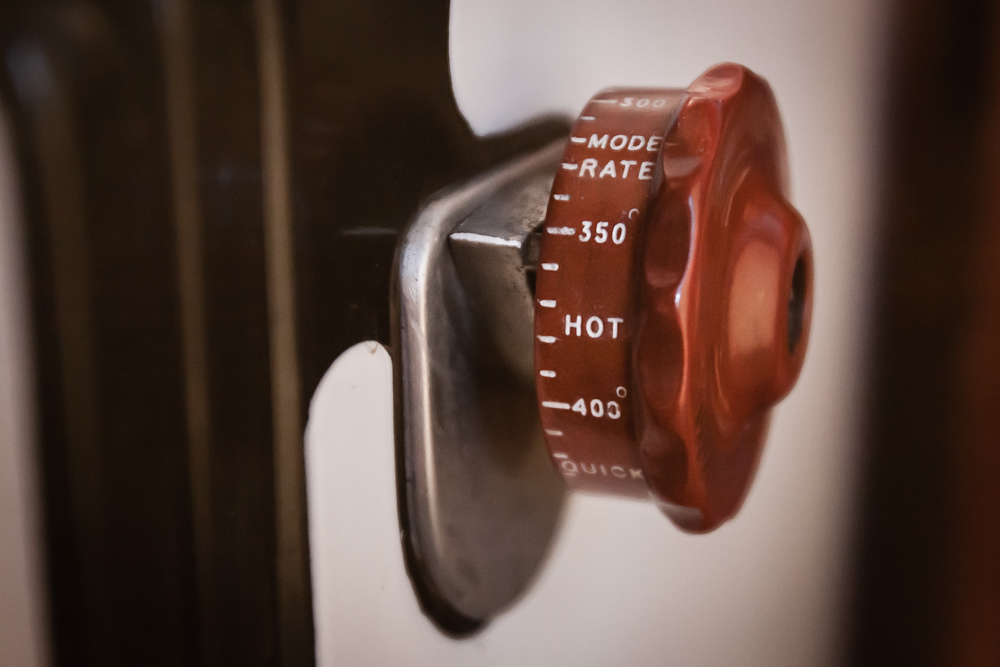 But, back to the chicken. The process is simple — just place some chicken breasts in a pot and sprinkle, smear or toss sambal, ginger, garlic, anise seeds, rosemary, sage, oregano and more over them. 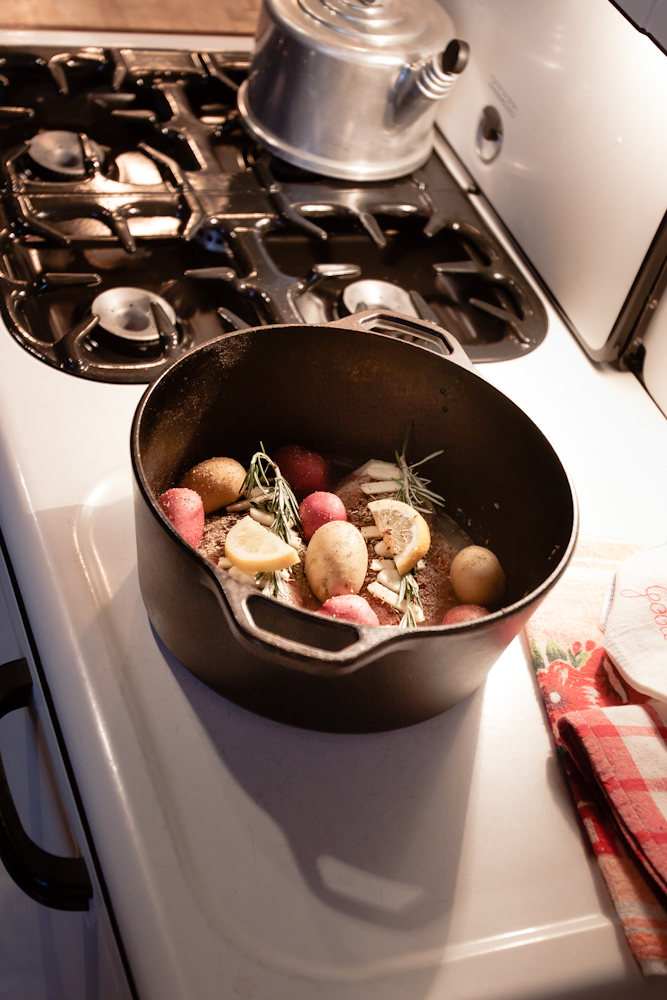 Put that pot in your nifty oven and bake. Soon enough, you’ll be serving this lovely meal to your dinner guest. 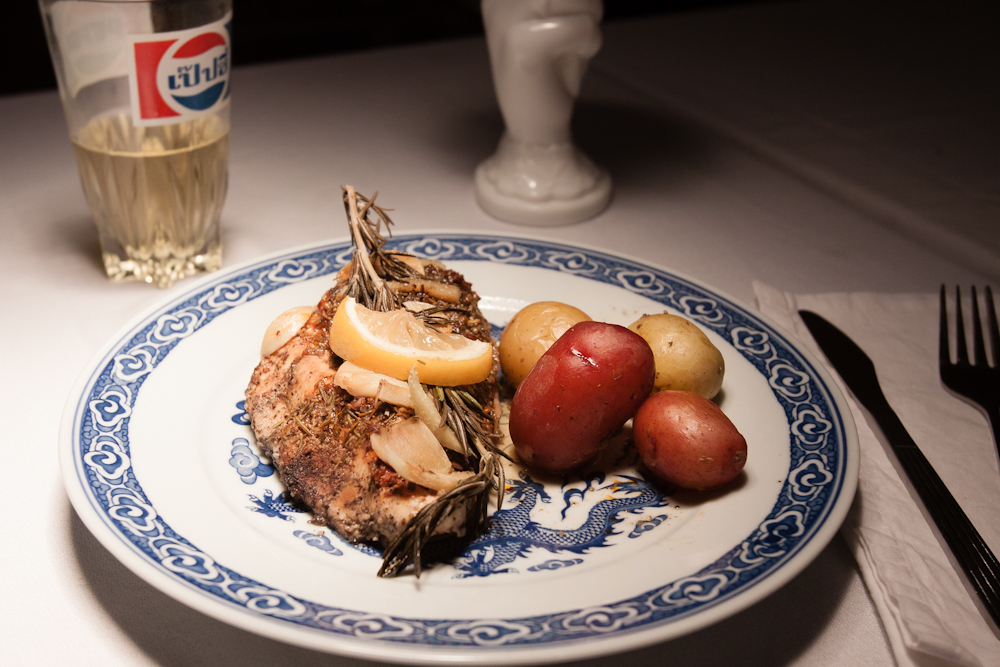 It’s that simple — for Jesse, that is.

For the rest of us Chicken a la Jesse rubes, he kindly agreed to write down the recipe. (From what I understand, it’s the first time he’s ever written a recipe. And I’m now inspired to write all my recipes the way he does.)

So here you go, readers — have at it. And if you have a Chicken a la Jesse in your life, I’d love to hear about it. Only if you fork over that recipe, too, natch.

This spicy chicken recipe is quite basic, simply an accident of what was in my apartment one weekend. It is easy to make: 5 minutes of sprinkling stuff, 60 minutes cooking. Asparagus on the side is tasty.

The measurements are guesses but you get the idea. We’re just coating the top of the chicken with a generous layer of spices, fresh ginger and garlic.

Heat oven to 350. Put chicken in a cast iron pot that has a lid.

Put a plump, nickel-sized dollop of sambal on each piece and smear it around. On top of each piece of chicken, sprinkle: generous 1/2 teaspoon of cracked pepper, 2/3 teaspoon rosemary, and let’s say 1/3 teaspoon of anise seed.  Dust with salt, sage, garlic powder, oregano, ground clove.

Finally, on top of each piece, lay down your garlic and ginger pieces. Top with a slice of lemon. If you have a sprig of fresh rosemary, as in these photos, that’s awesome too. Pour white wine in the bottom of the pot so the chicken has something to sit in.

Squeeze some of the remaining lemon into the bottom of the pot but don’t go crazy. Add a little water, or more wine. Throw the potatoes around the edges. Covered pot in 350 degree oven for at least an hour.