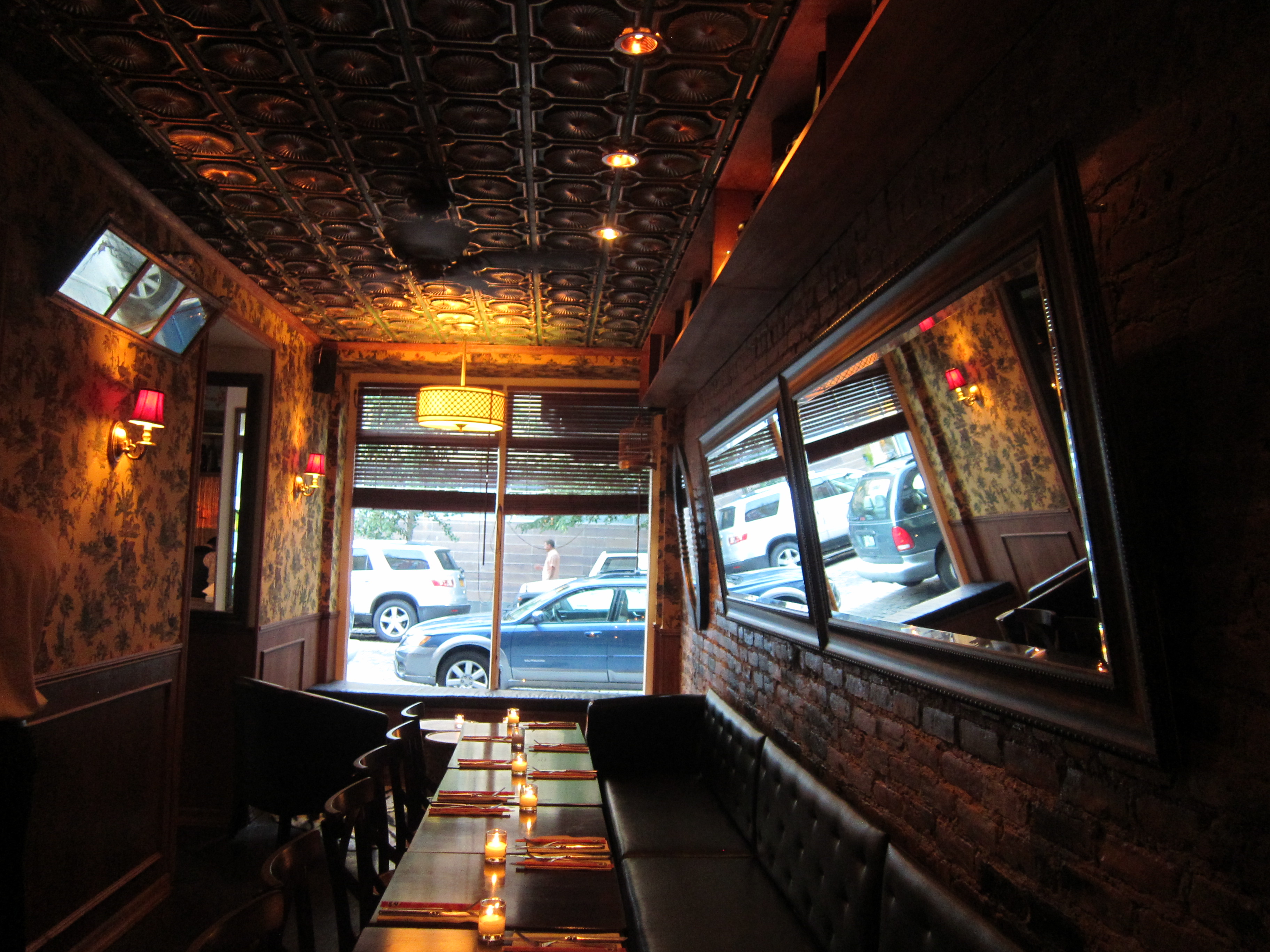 I first heard about the restaurant after interviewing owner Jacques Doassans for a Wall Street Journal style column on how to throw a modern tea party.

The inspiration for the bistro, Mr. Doassans says, was “L’Amant” (The Lover), a Claude Berri film about an affair between a young French girl and a wealthy Chinese man set in 1929 Vietnam. Just as the film did, the restaurant combines French and Asian elements in its drinks, food and setting. (I particularly loved the fans on the back wall and beautiful Chinoiserie wallpaper.)

We had a round of cocktails to start — the Colonel ($14), combining gin, lime with house-made Thai basil syrup and Thai basil leaf, was a winner.

But my favorite was the Southern Mile ($14), a refreshingly tart and gingery mix of bourbon, ginger syrup, lime, mint, soda water and candied ginger. I could have drunk 10 of these — not that I’d be able to walk home after. 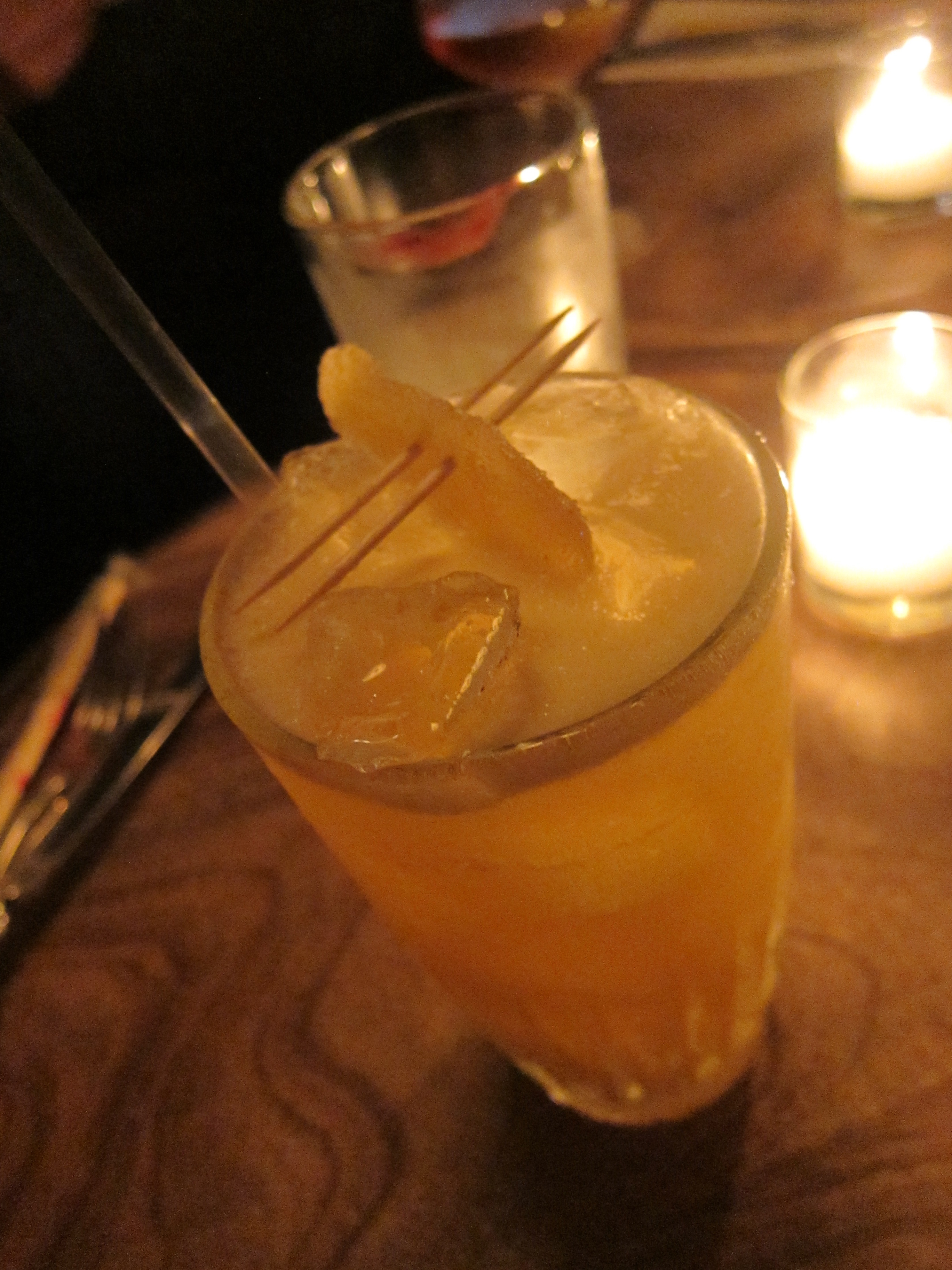 As with any cocktail hour, a snack craving always sets in after the first drink. First up, we had the popcorn du jour ($5), which came delightfully dusted with truffle powder. 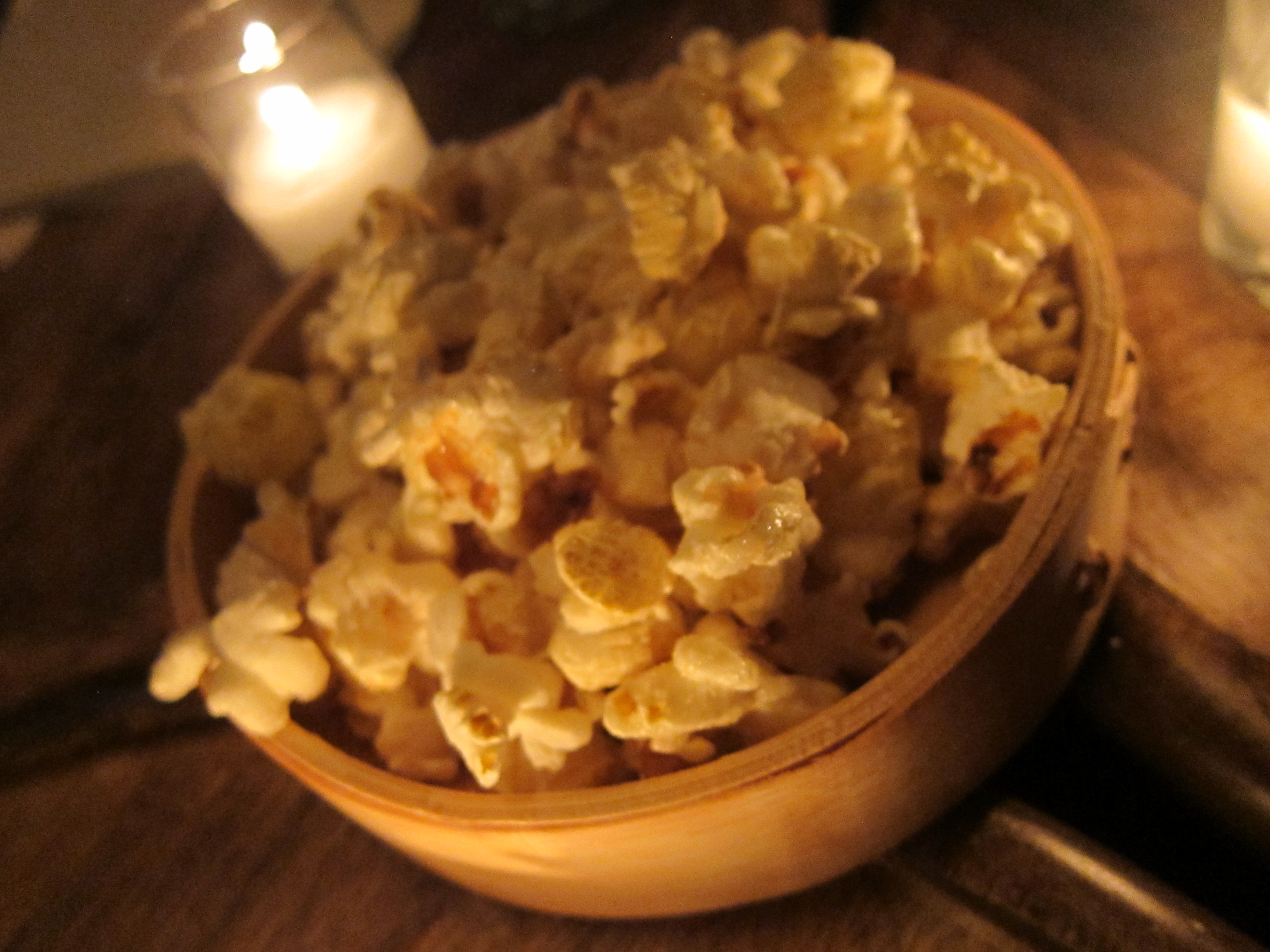 When that disappeared in a flash, we sampled the tuna tartare ($14), a tasty patty of which came perched on a bed of avocado puree, swimming in a shallot-soy reduction. 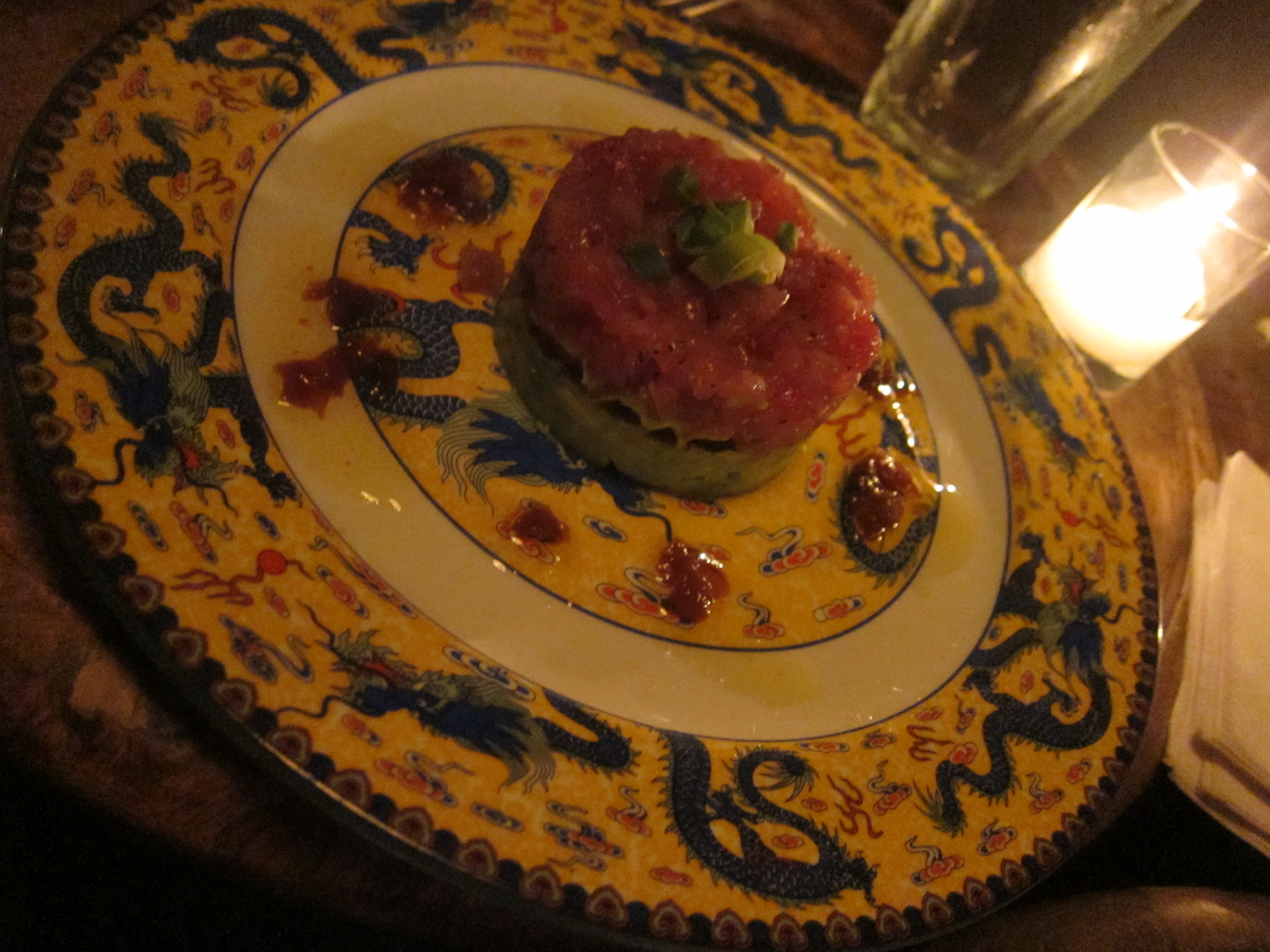 I’ve always thought dumplings to be an ideal bar snack and was thrilled to see them on the menu. These were vegetarian ($12), very nicely done and paired with soy sauce (loaded with scallions and ginger) as well as a sweet chili sauce. 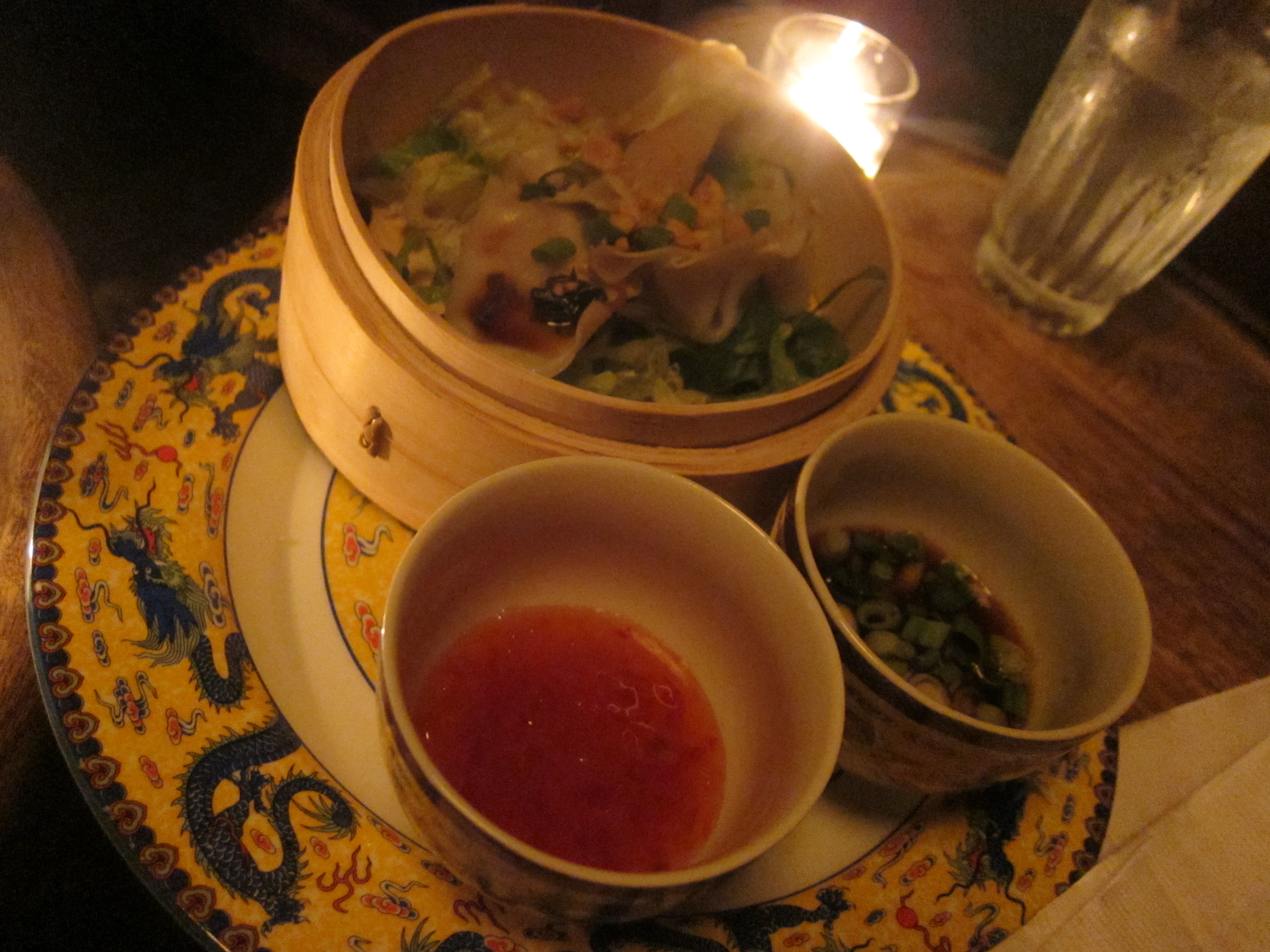 Although beef sliders ($14) were neither Vietnamese nor French, we decided to give them a shot. The patties were hefty and juicy and the soft, slightly sweet rolls were a nice touch. 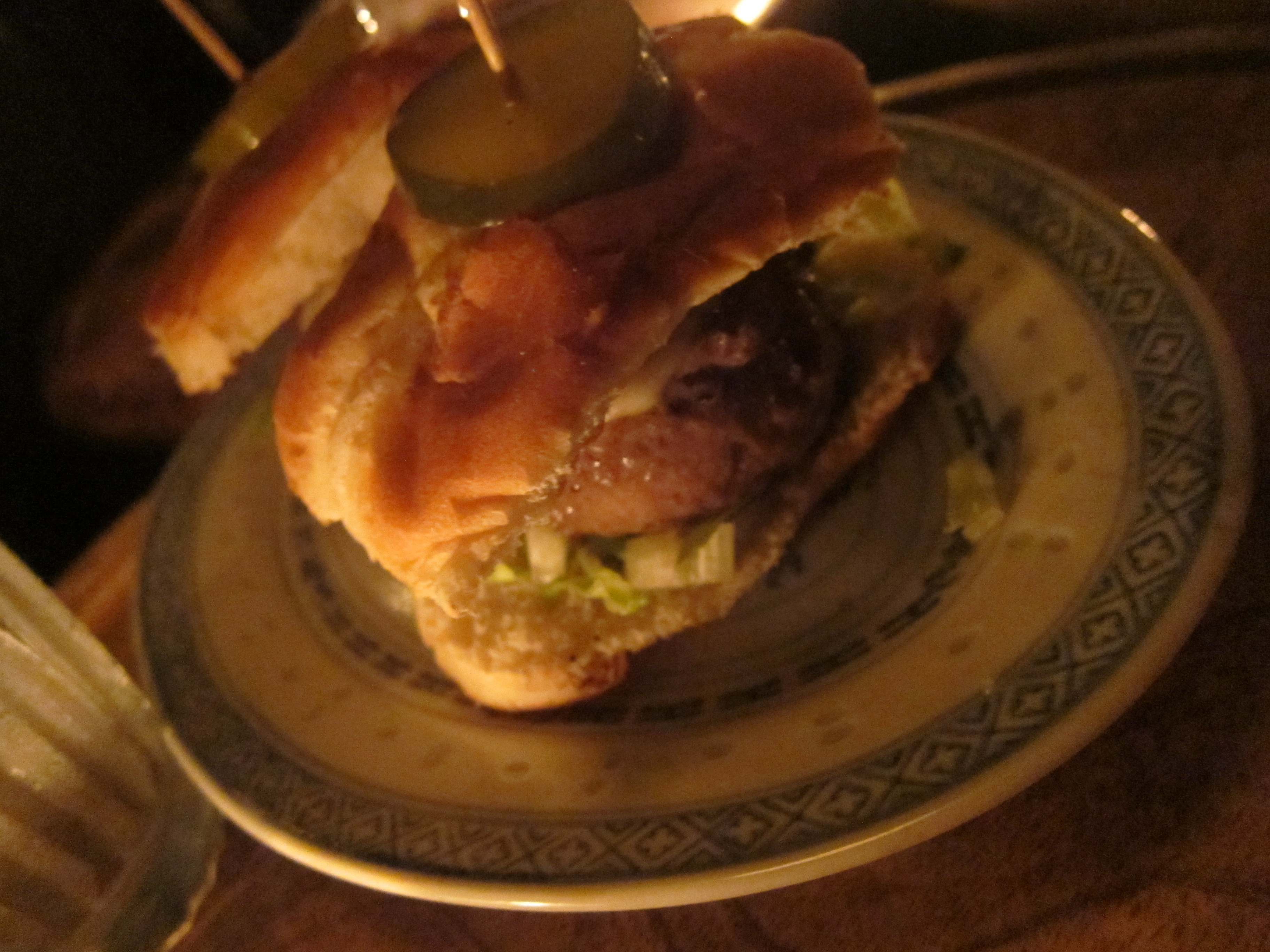 Our favorite of them all, however was the chicken satay brochettes and jumbo prawn brochettes. The prawns, especially, had a delicious char that mingled nicely with the earthy saltiness of its soy sauce dip. 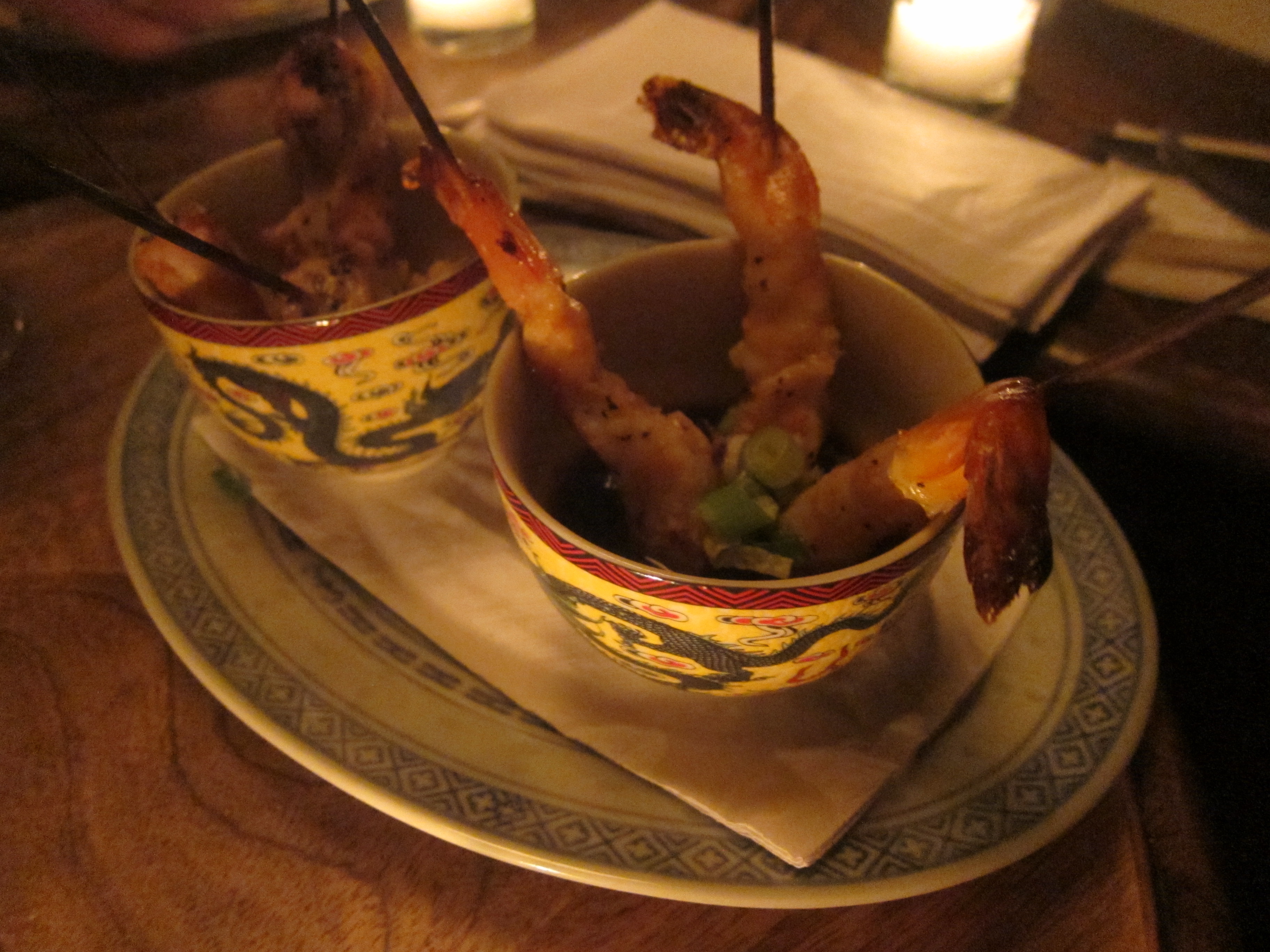 As it always happens when you’re enjoying yourself, our evening at L’Amant whizzed by far too quickly. Our snacks disappeared in too fast a flash; the drinks — well, you can imagine.

If L’Amant keeps this up, though, it won’t be long before we’re back.