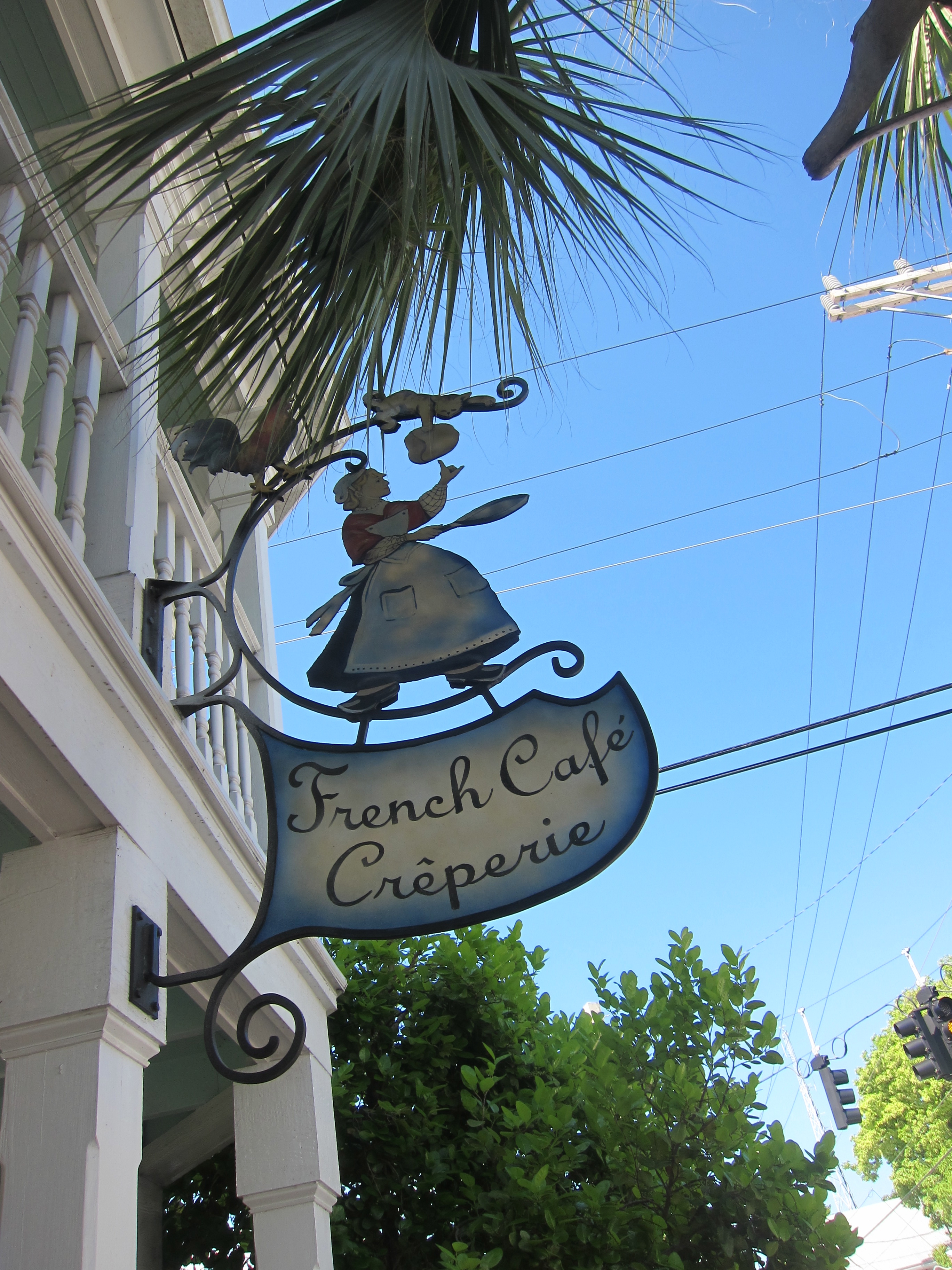 Ask anyone in Key West about lunch and you’ll likely get the question: “Have you been to the crêpe place?”

Admittedly, this island is not a place I’d think of for crêpes — seafood, yes. (Perhaps even a boozy lunchspot with a view.) Crêpes? Silly as it sounded, it didn’t seem local enough for one of the few meals out I was allowing myself during my month of writing.

After a few weeks of getting this question though, I decided to investigate. So off we went one morning on a jaunt to a little corner in Bahama Village …

With its cheery yellow storefront and outdoor tables, La Crêperie was an easy find. And even with its packed house, it offered less of a wait than Blue Heaven, the spot just across the street that has become so popular with tourists you can find yourself waiting an hour to 90 minutes for a lunch table. 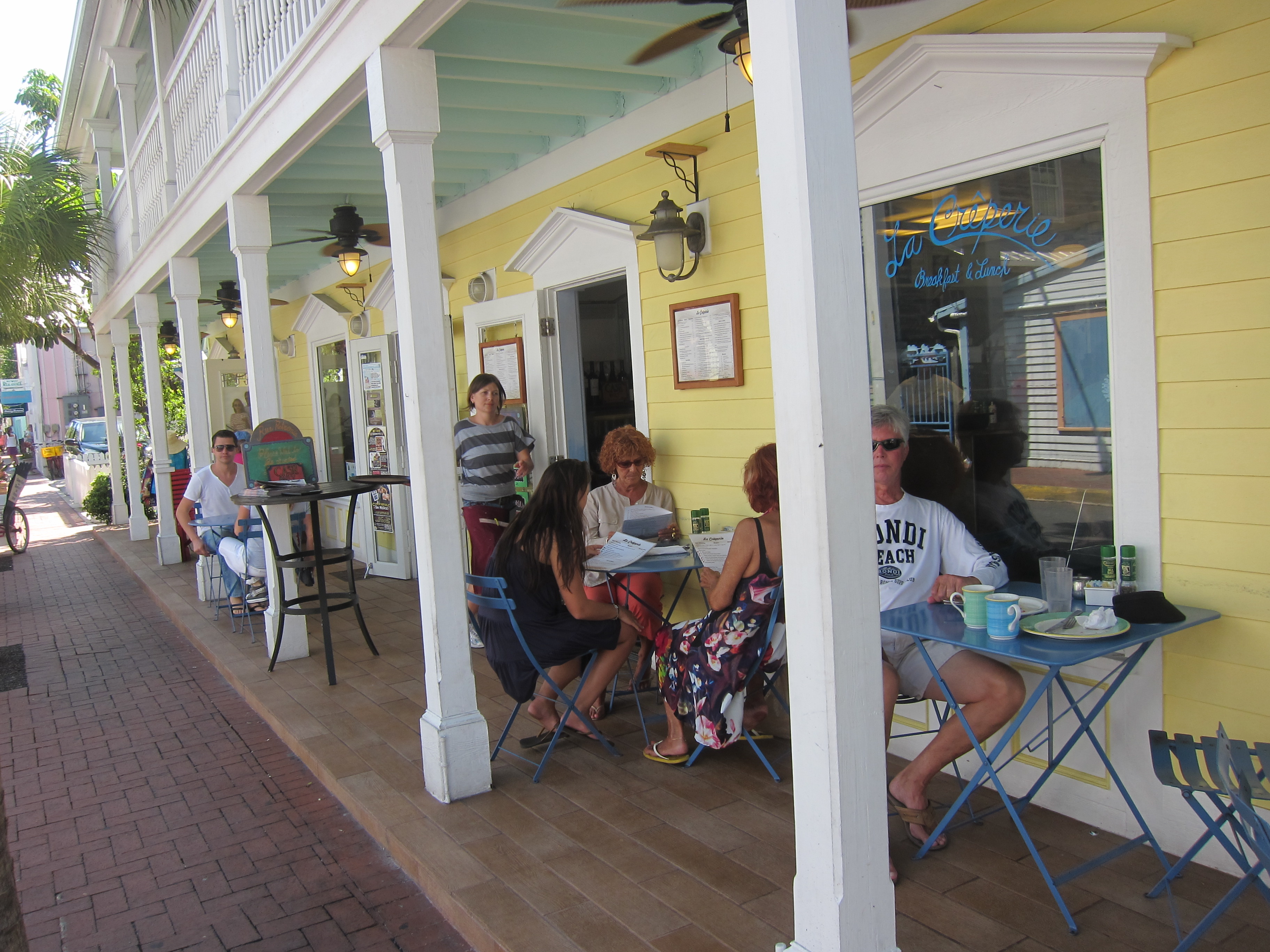 It’s not just the lack of a wait that has made La Crêperie a favorite lunch spot of Key Westers, however. From what I understand, the food that French transplants Yolande Findlay and Sylvie Le Nouail have been serving has drawn crowds since the restaurant began as a food cart more than 10 years ago. The pair opened a cafe in 2002 and its been in its current spot since 2010.

The setting is inviting … 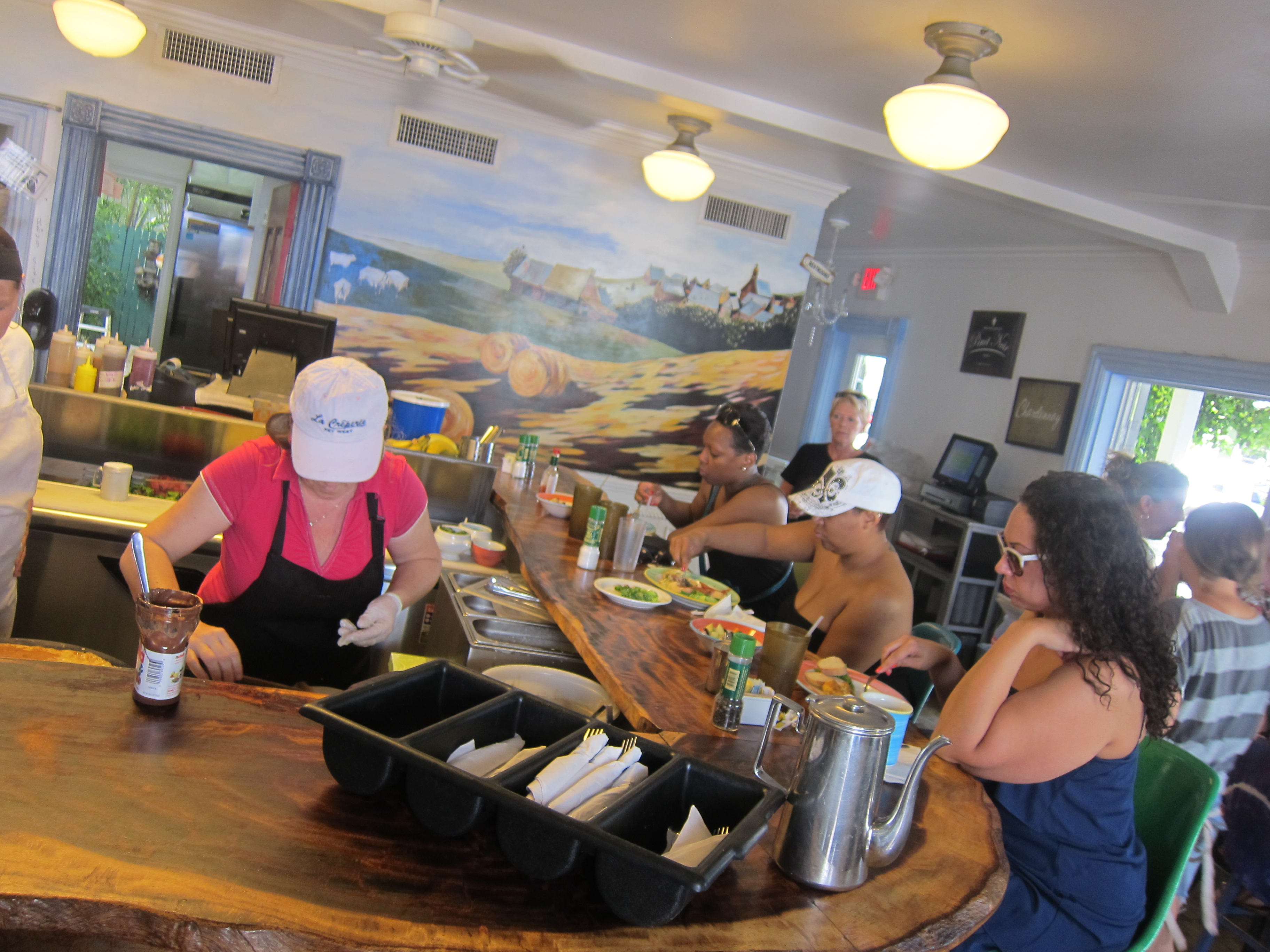 … and if you snag a seat at the bar, you’ll have a full view of all sorts of crêpes getting made.

The chef always has several pans going at once. First, she scoops batter onto the pan, smoothing it out … 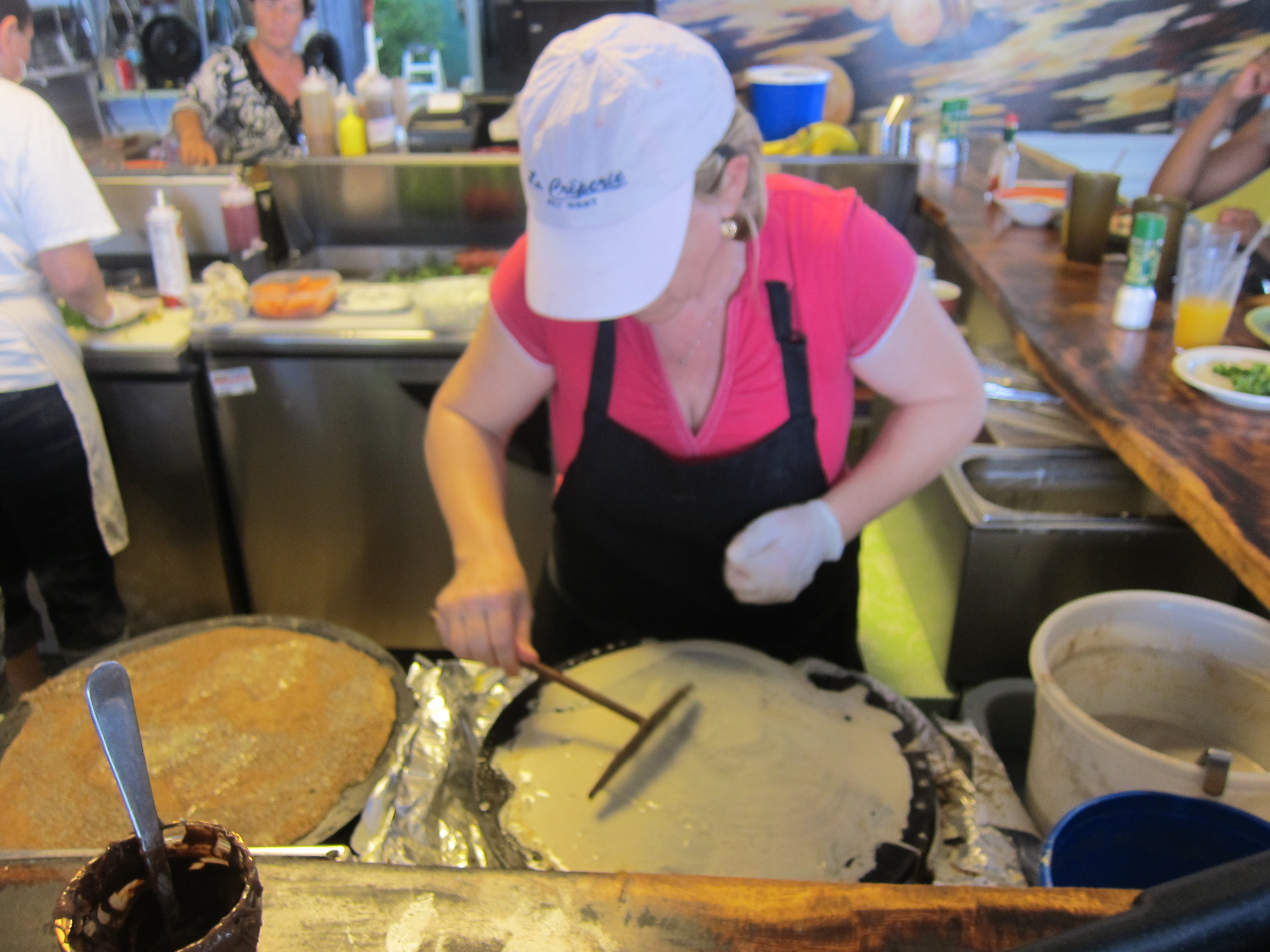 … then once that’s set a little, she starts piling fillings on top. 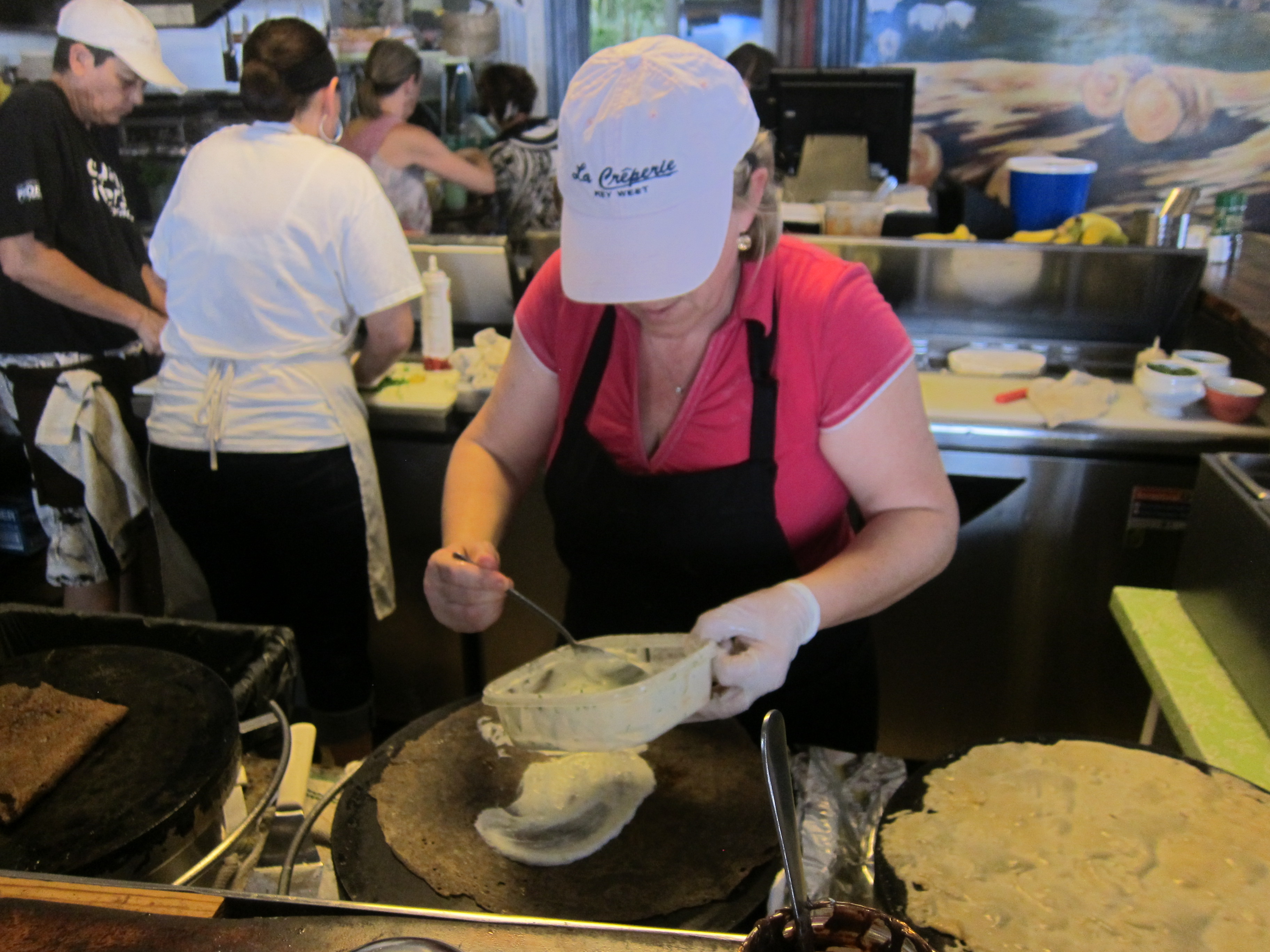 This smoked salmon and lemon-chive cream sauce crêpe looked delicious. (By the time I spotted it, we’d ordered, alas.) 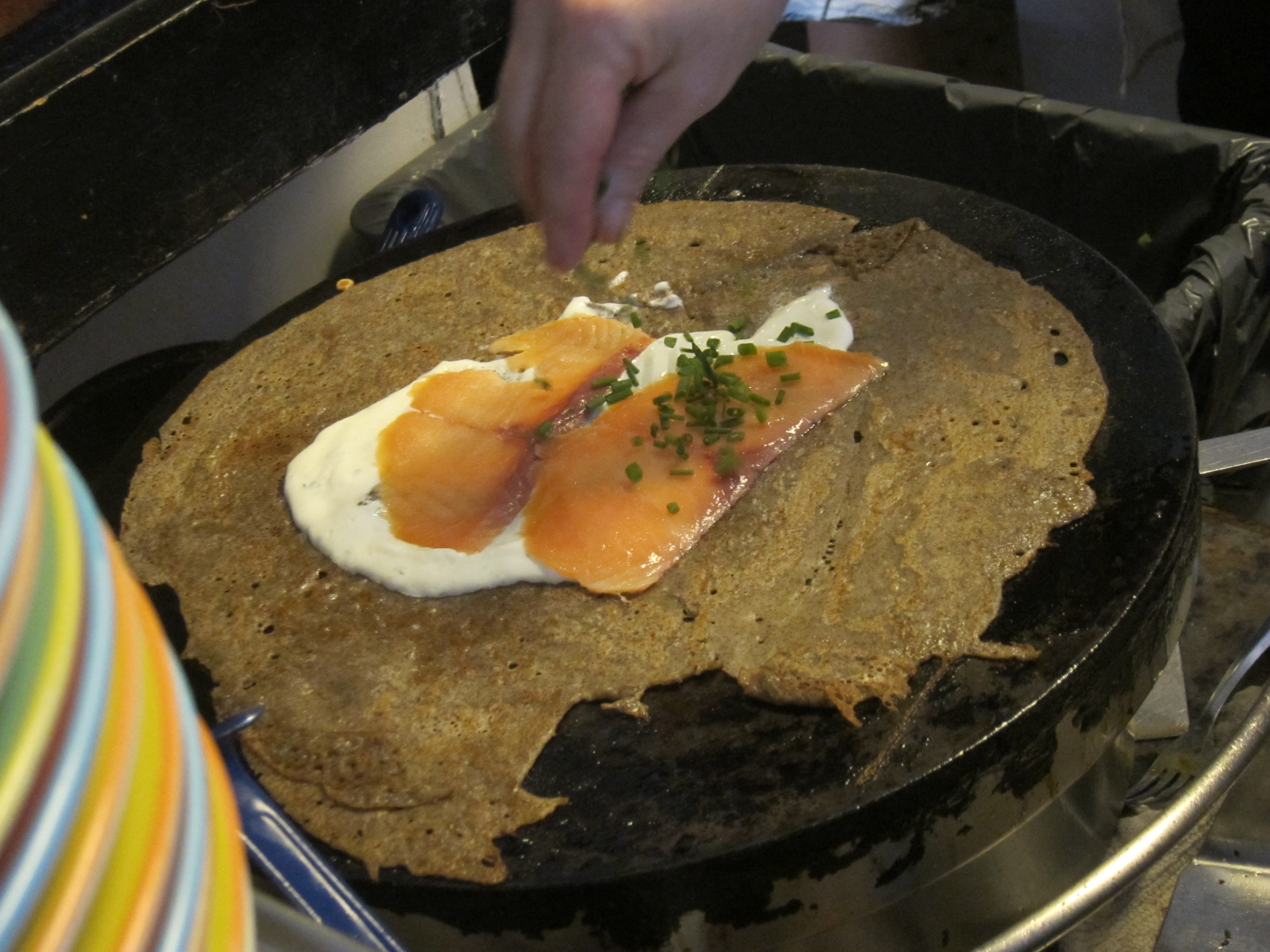 And then once that’s been on for a while, she starts folding the edges together neatly. 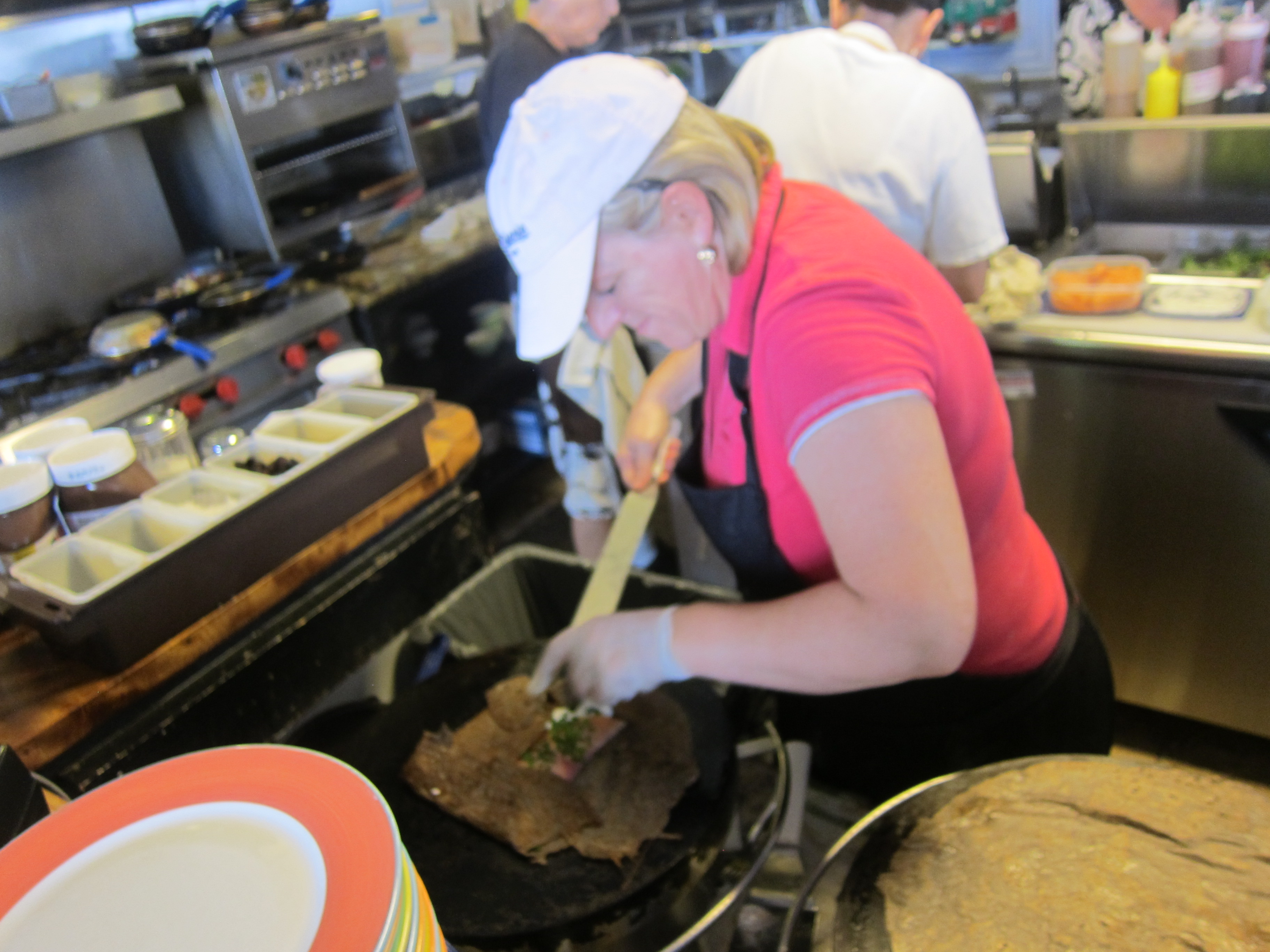 Entertainment while you wait — what more could you ask for?

Despite the crowds, our food arrived quickly. First up, a savory crêpe filled with chicken, spinach, mushrooms, tomatoes and onions ($12.75), which began oozing Béchamel sauce the moment we sliced it open.

This crêpe had come very highly recommended — and it was out of this world. Each bite was incredibly rich and creamy — just perfect, paired with the crisp casing of the crêpe. 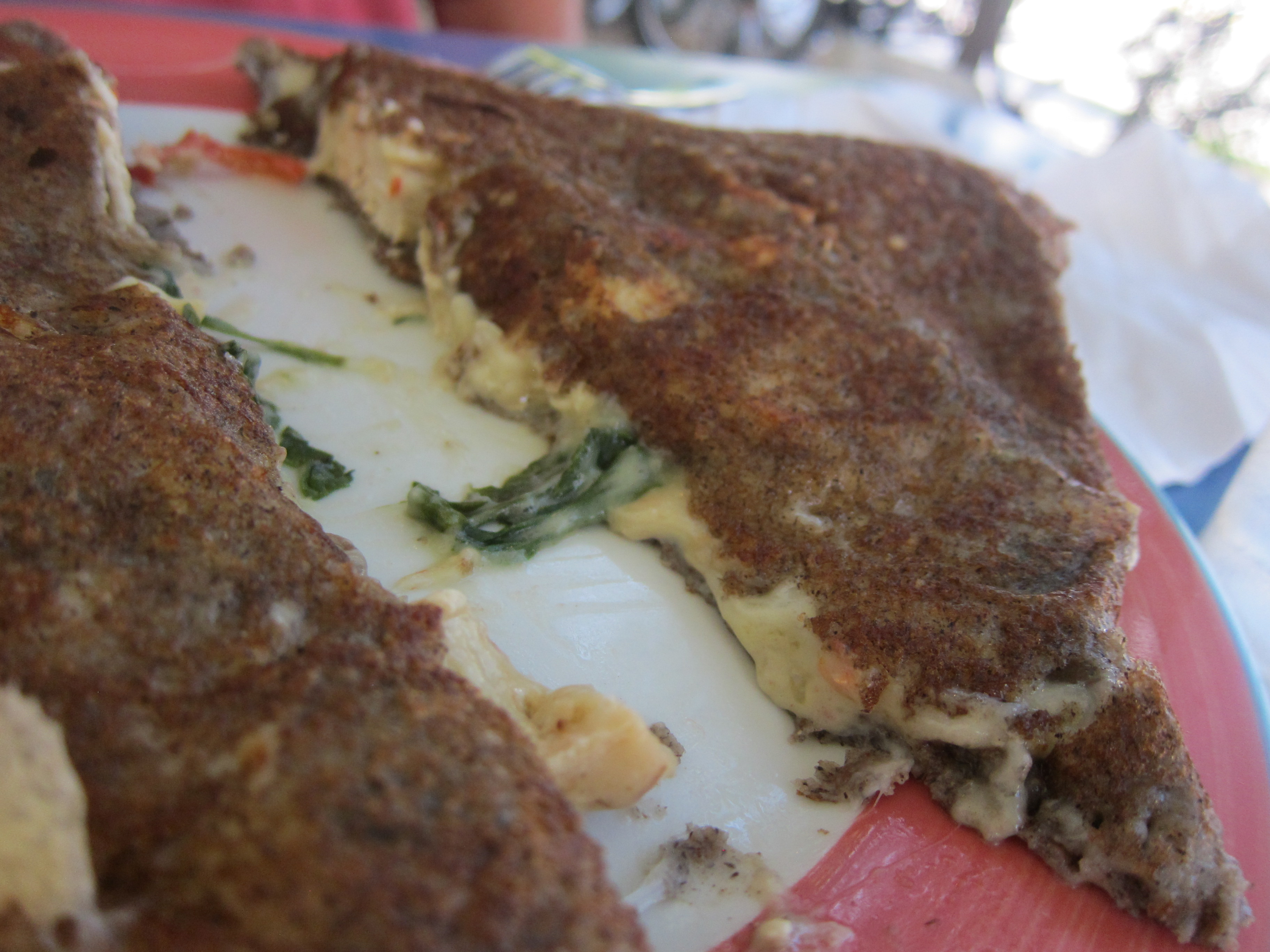 Next up, another one that the locals had raved about — the raspberry cream cheese crêpe ($8.75), which perfectly balanced sweet and tart with the hefty creaminess of the cheese. Sprinkled with powdered sugar, it offered a lovely capper to the meal. 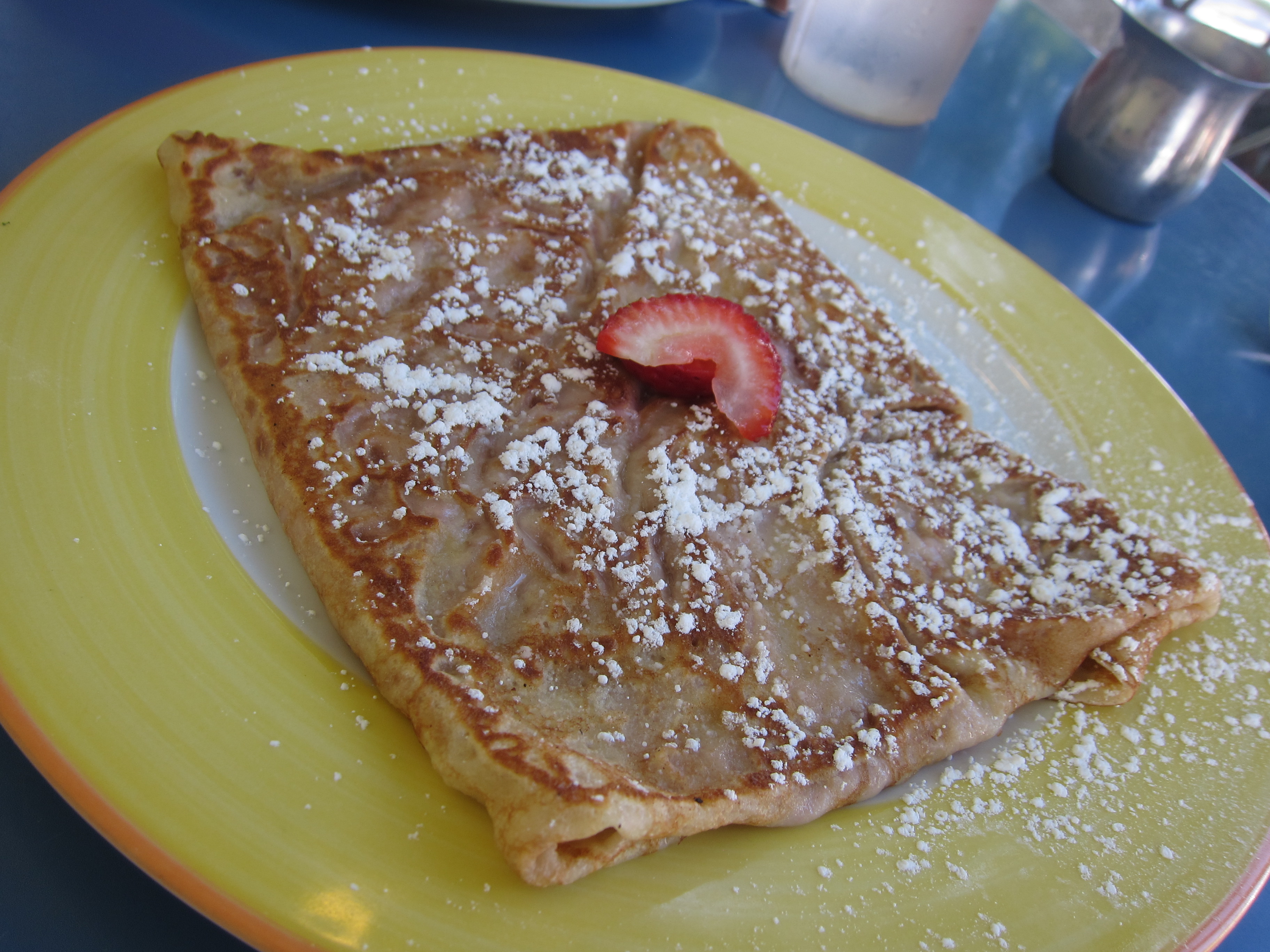 I ended up adoring the place so much I went back on one of my last days on the island — this time to sample the prosciutto and Swiss cheese crêpe with sautéed tomatoes in herbs de Provence and basil ($12.75), which disappeared just as quickly as my first meal at this cafe had. So quickly, in fact, that I didn’t even pause to take a photo of the dish.

(We were less crazy about the guava paste and cream cheese ($8.75) — perhaps because the cream cheese flavor overwhelmed the much milder guava flavor.)

As last lunches in one of my favorite cities of the world go, this one was just perfect nonetheless. As I reluctantly paid up and left, I found myself already plotting my return, that next crêpe on the horizon.