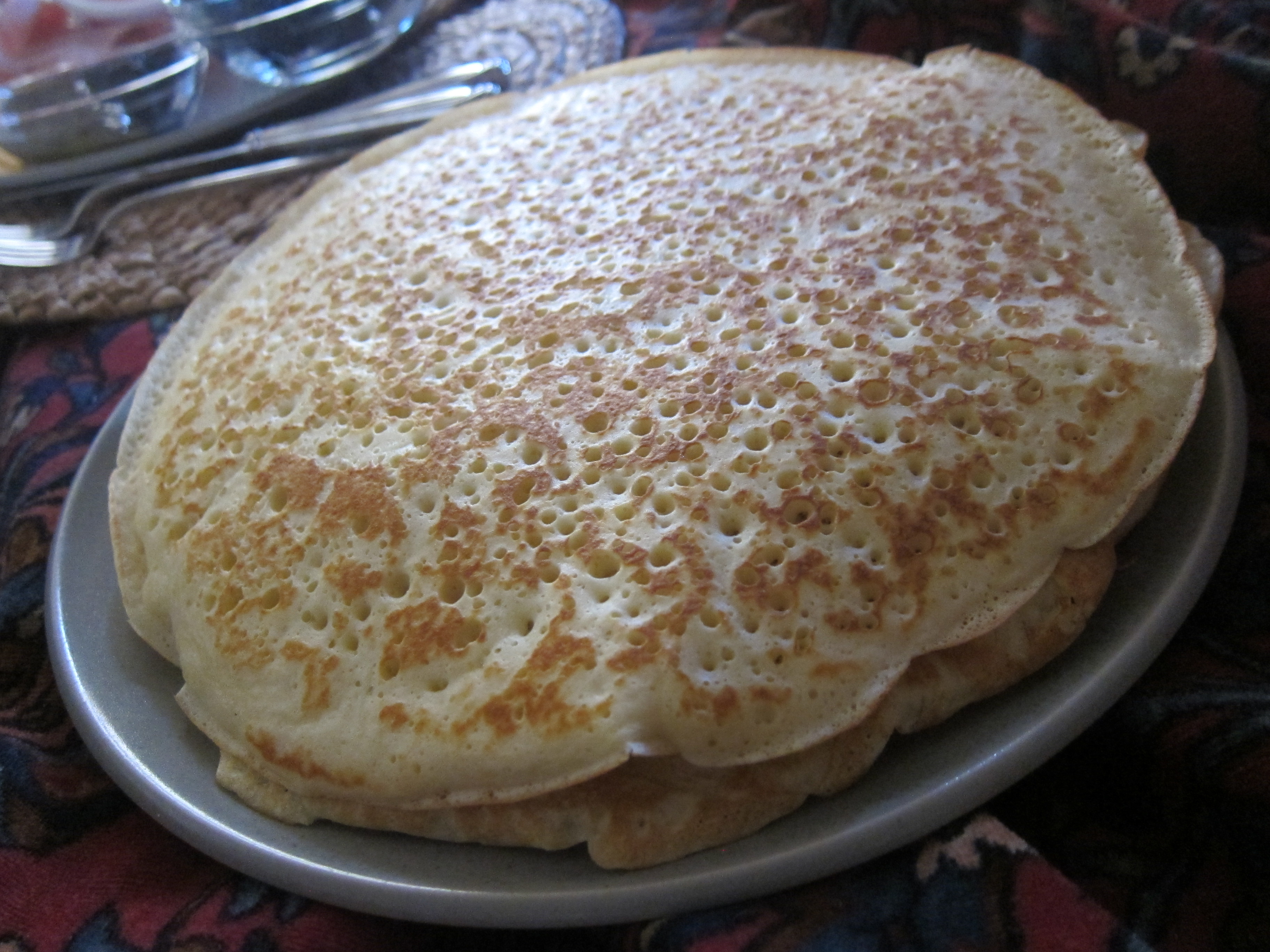 A few months ago, I came across a term that intrigued me: Kummerspeck.

The German word means “grief bacon” (and we all know how much I love bacon). Despite its bacon reference though, the word has a rather negative connotation — it refers to weight put on due to emotional overeating.

Nonetheless, the word fascinated me — and the Let’s Lunch crew, as it turned out. So off we went, dreaming up ideas for the perfect kummerspeck …

Now, shortly after we’d decided on this topic, I mentioned it to a dear friend of mine who happens to be German.

“Kummerspeck?” he said. “That’s so negative. Why not hüftgold? Gold of the hips. It’s a much nicer term.”

The man had a point — it’s true that it would be much more pleasant overall to ruminate on delicious foods that make you so happy they add gold to your hips. (Or, love handles as we know it.)

In recent months though, some tumult in my life made me think a lot about kummerspeck. I won’t go into it, but ambitious 25-year-old girls who like married men — never a good thing. For the wife, anyway.

What I learned these past few months, however, is that kummerspeck doesn’t exactly apply to me. Instead of over-eating, I simply stopped eating. (If you haven’t read my friend David Amsden‘s hilarious column on “The Breakup Workout,” you must. He lost 20 pounds after a bad breakup.)

After I dropped six pounds in a fairly short period of time (and weighed almost 10 pounds less than I did when I was 15), friends sprang into action to feed me, however.

Which is how I eventually discovered my own kummerspeck.

According to Mr. Germany, kummerspeck ideally should be all about butter and baked goods topped with crumbly buttery sugary bits. What I ended up loving, however, was something far more basic — pancakes.

Specifically, German pancakes. They’re pretty easy to make — first, you mix together flour, milk and eggs with a pinch of salt, then heat up a pan with some ghee in it and you’re ready to go. 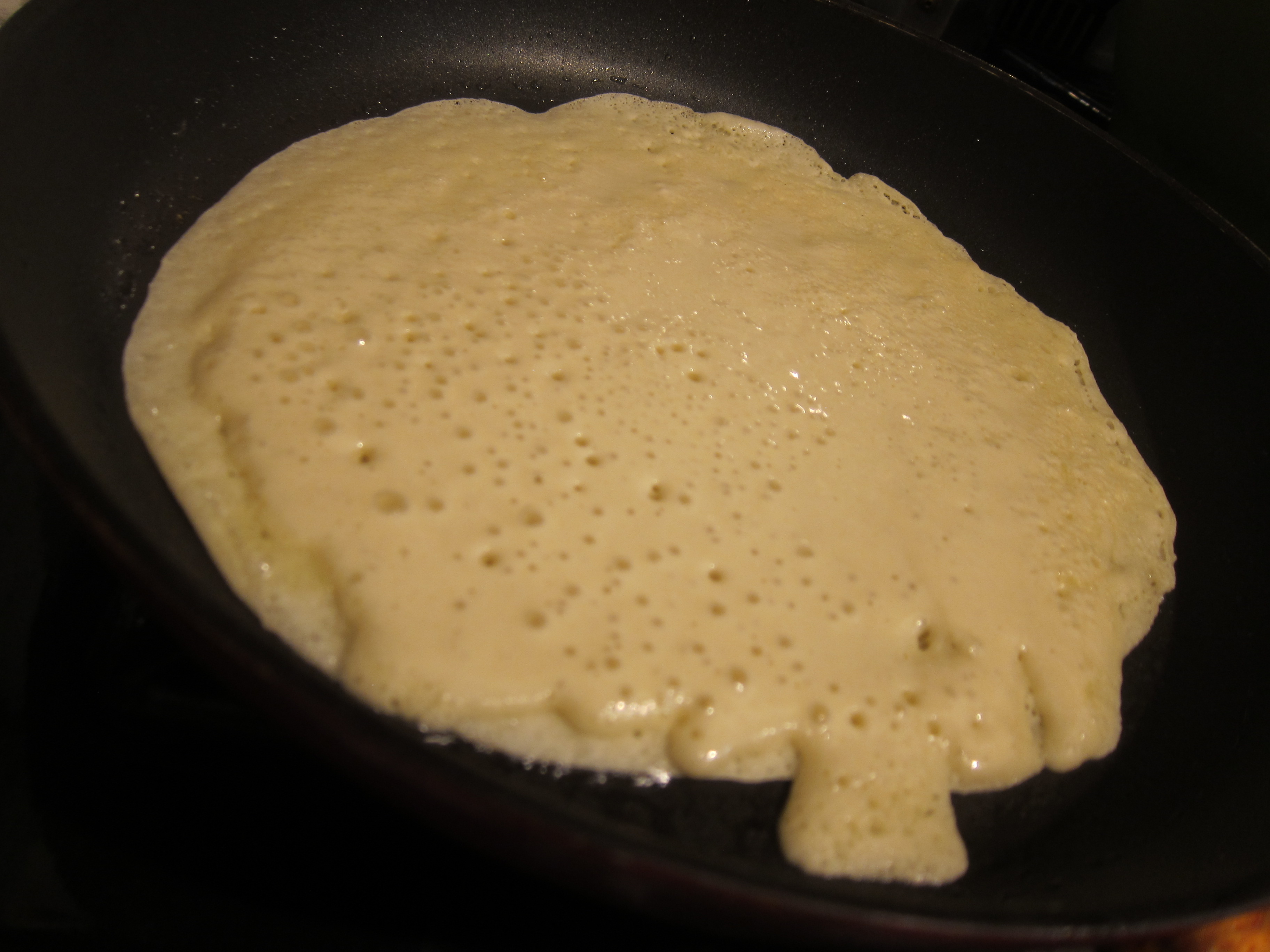 You want to get the batter super flat, like a crepe. (The smells are amazing.) 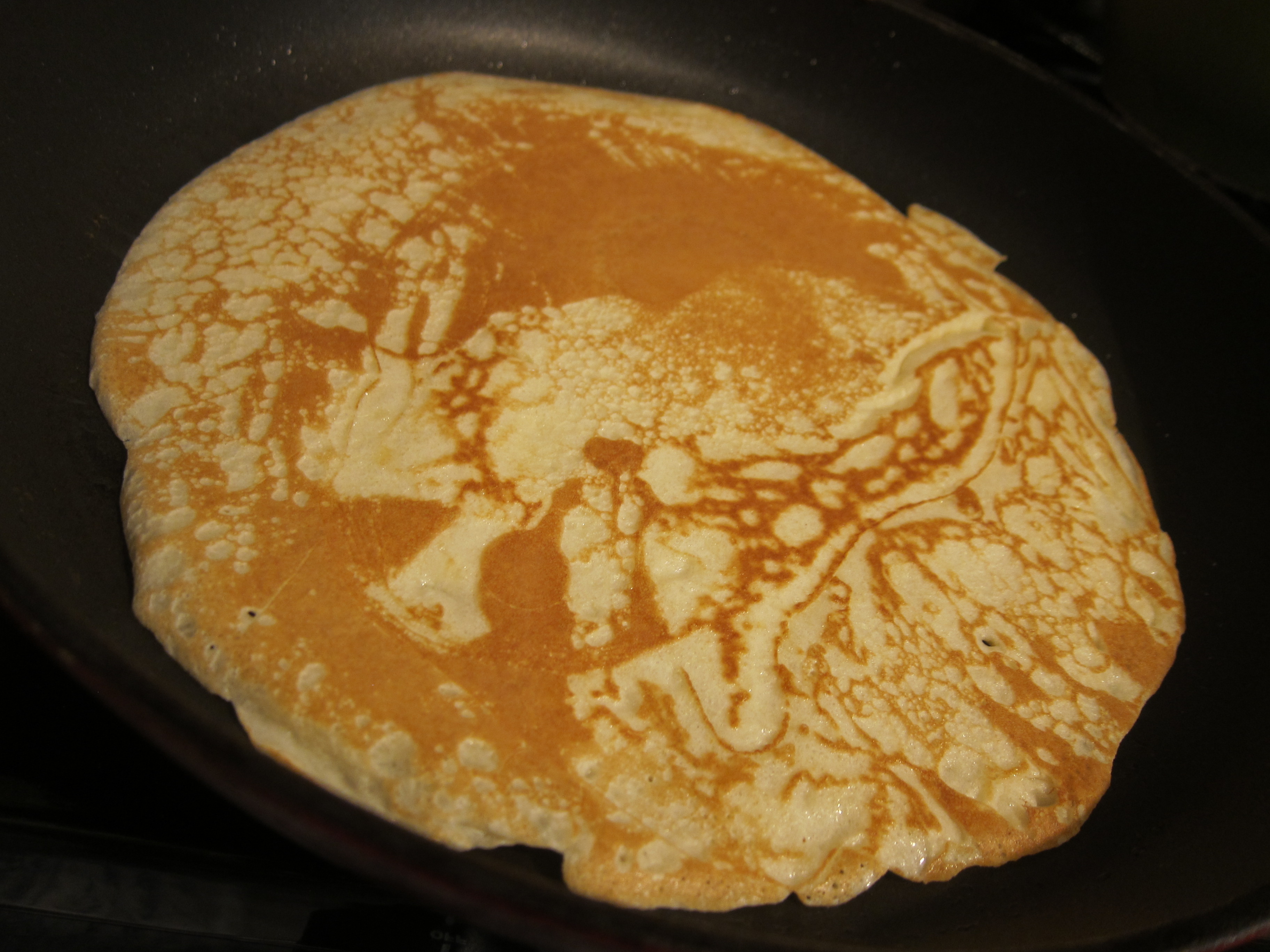 And once you have a big pile of these pancakes, get out the fillings — creme fraiche, ham, cheddar, cinnamon sugar, jam and fresh fruit, for example. 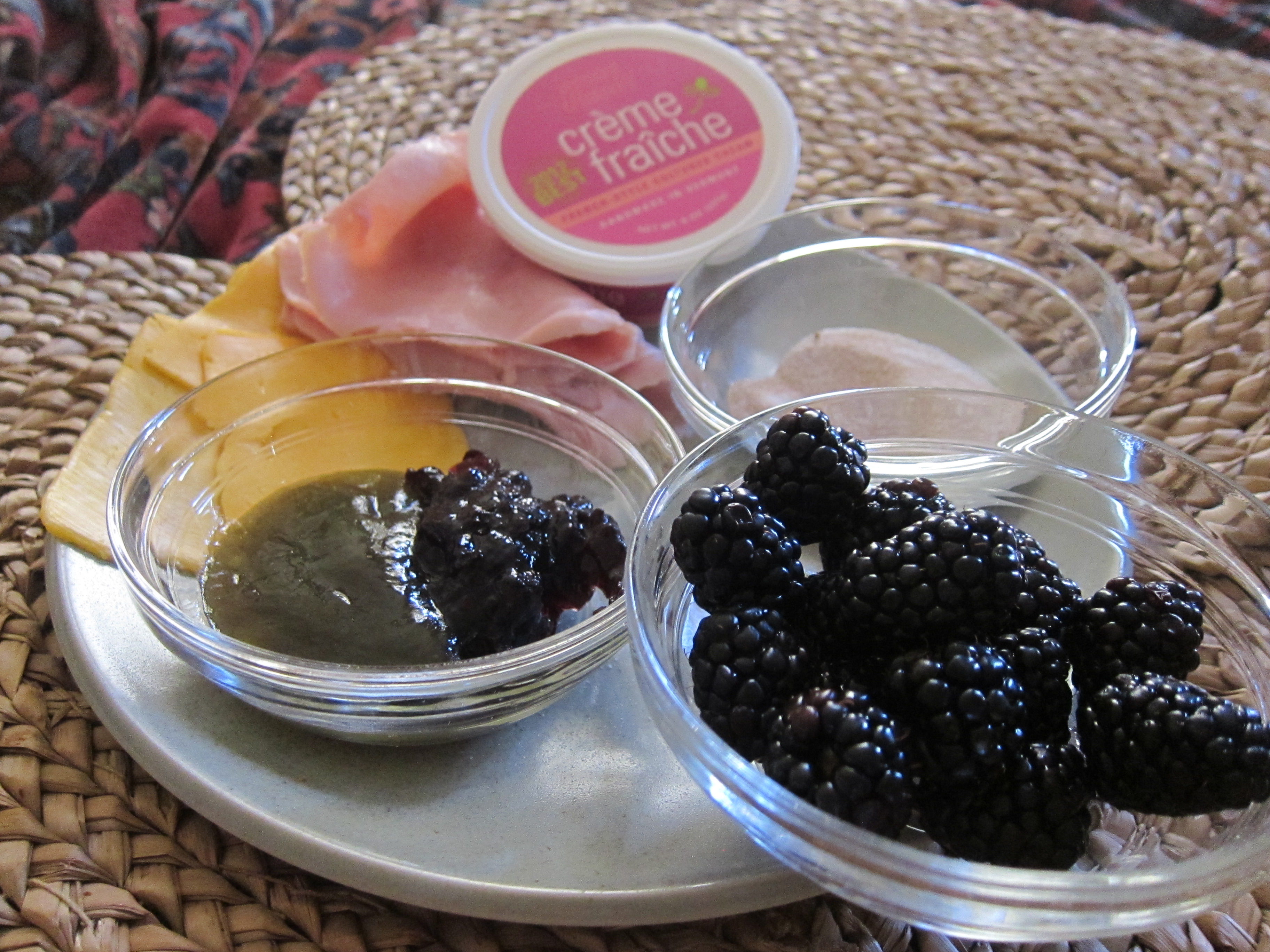 For sweet pancakes, you can pile on creme fraiche and fruit or jam or just sprinkle on cinnamon sugar. For savory ones, creme fraiche with ham and cheddar work well. 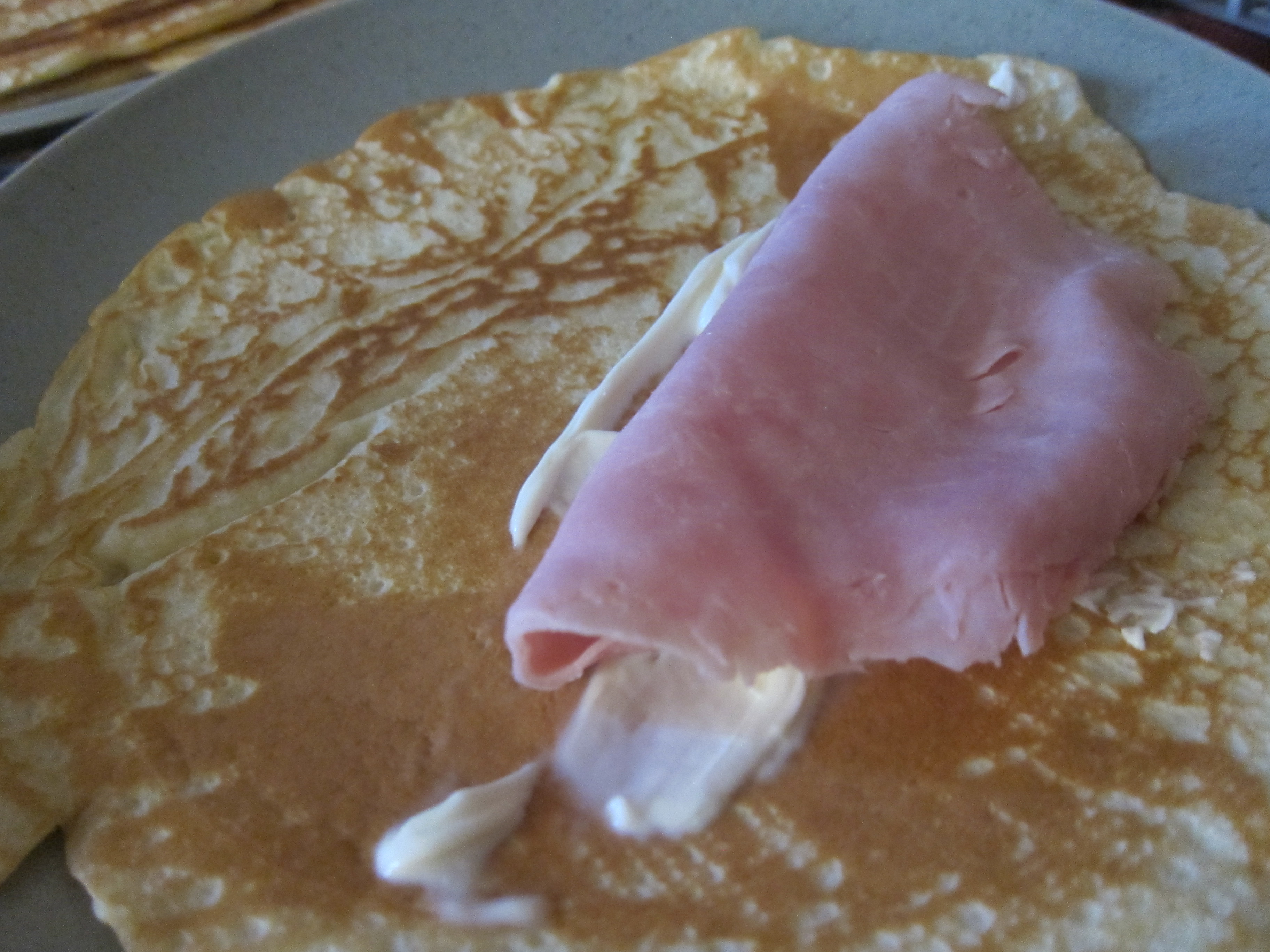 Once you have it all nicely positioned, you roll it all up … 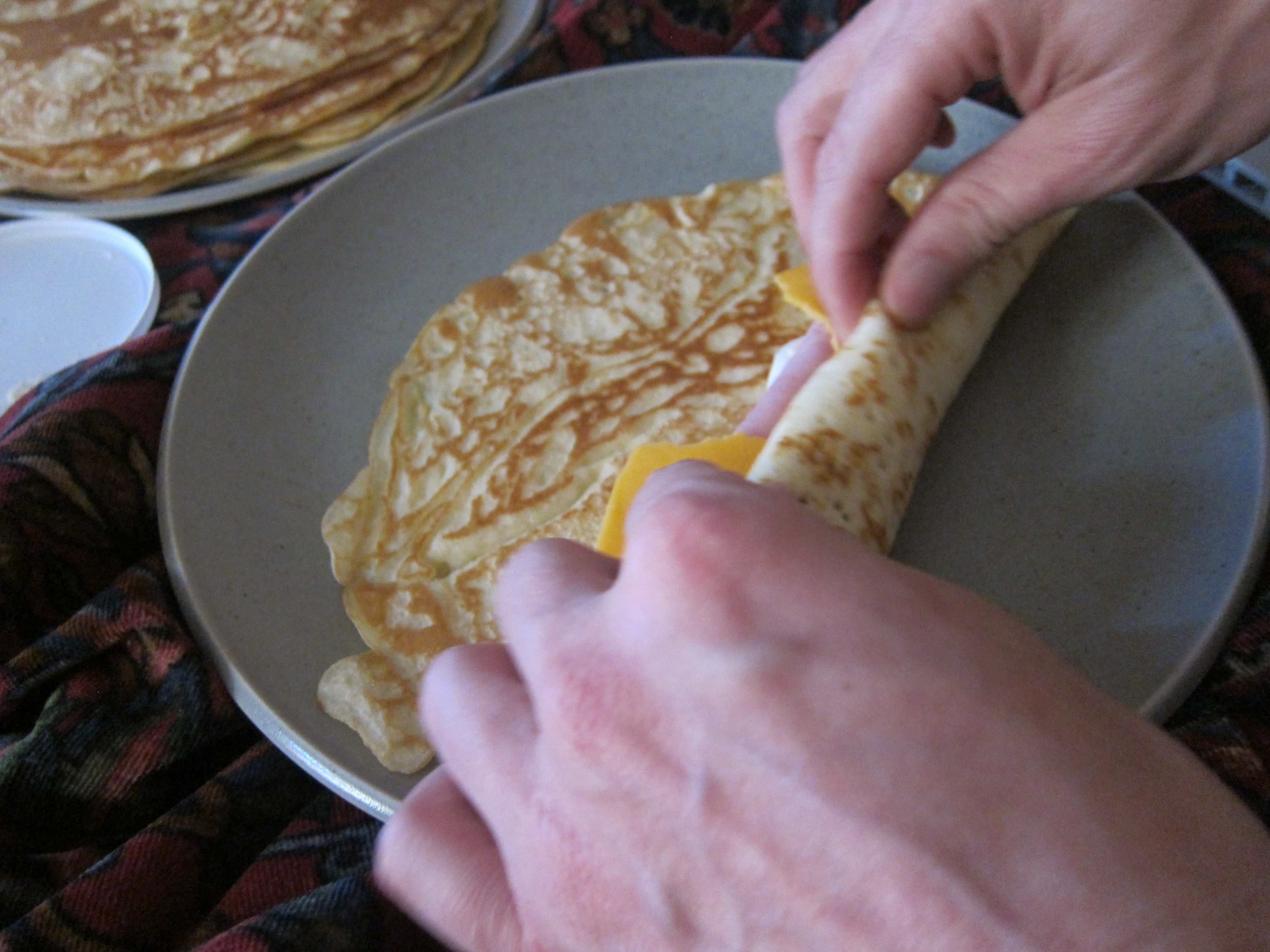 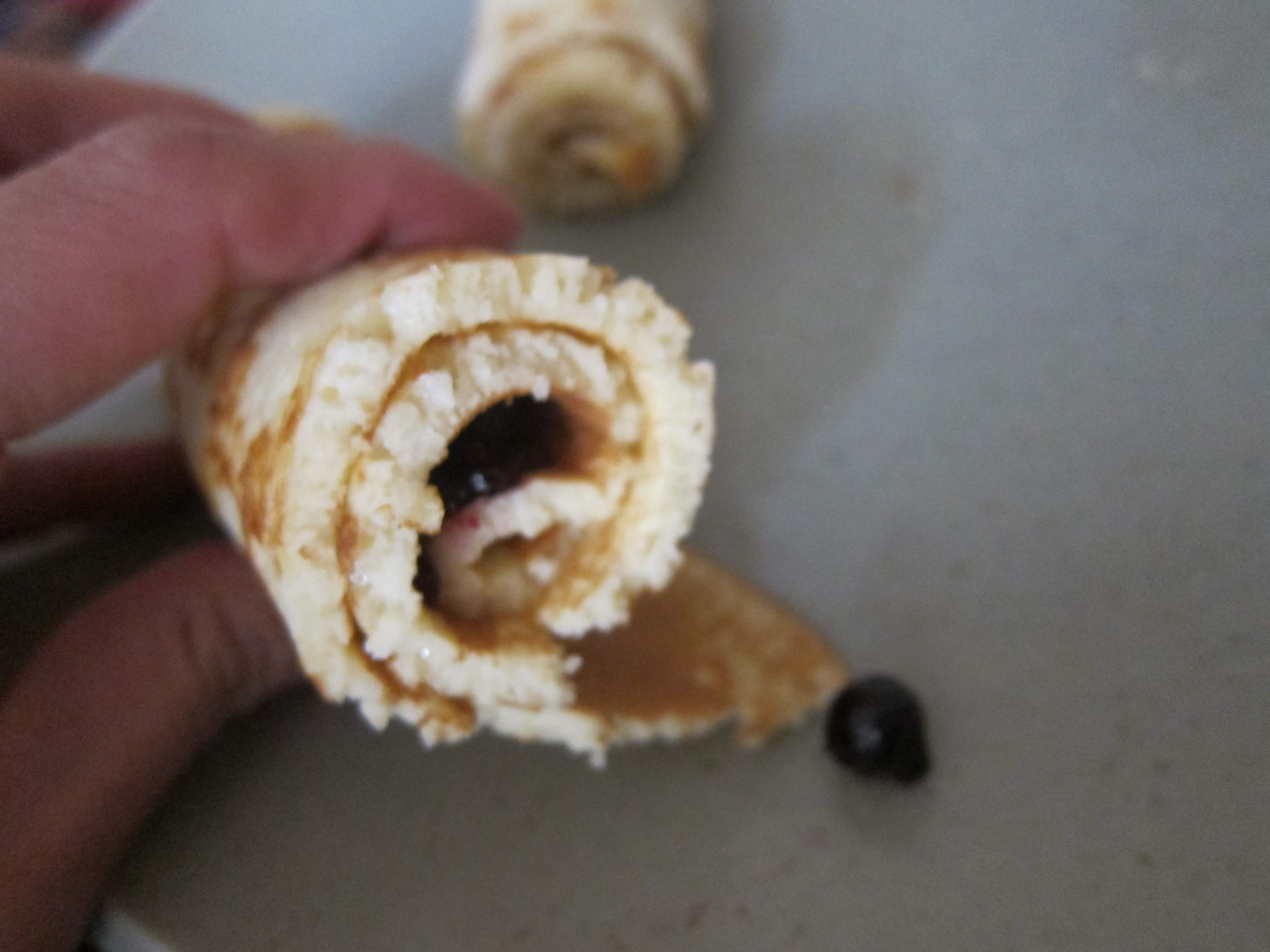 After a few of these pancakes — and more made into Flädlesuppe (pancake soup) later on — I began to feel very well-fed indeed.

Not long after these, I had dinner with my dear friend Hillary, who had been closely tracking me over the last few months.

“You’ve put on weight,” she said right away. “It’s good. You were getting too skinny.”

And that’s when I thought: Ah, there it is — my hüftgold. And I couldn’t help but smile.

Mix all ingredients together until you get a smooth batter. (If you feel it needs to be more liquid, add more milk.) Heat up a pan, then brush ghee or butter onto the pan so it’s coated. Once that’s heated up, place a large scoop of batter onto the pan and spread it out so it’s very thin. Once you start seeing bubbles, flip it over and cook for just a little more.

Remove and repeat until batter is done.

Serve with tart jam, creme fraiche, ham, cheddar, cinnamon sugar or fresh berries, depending on whether you prefer sweet or savory pancakes. Place desired combination of ingredients on a flat pancake, roll it up and eat with your hands.