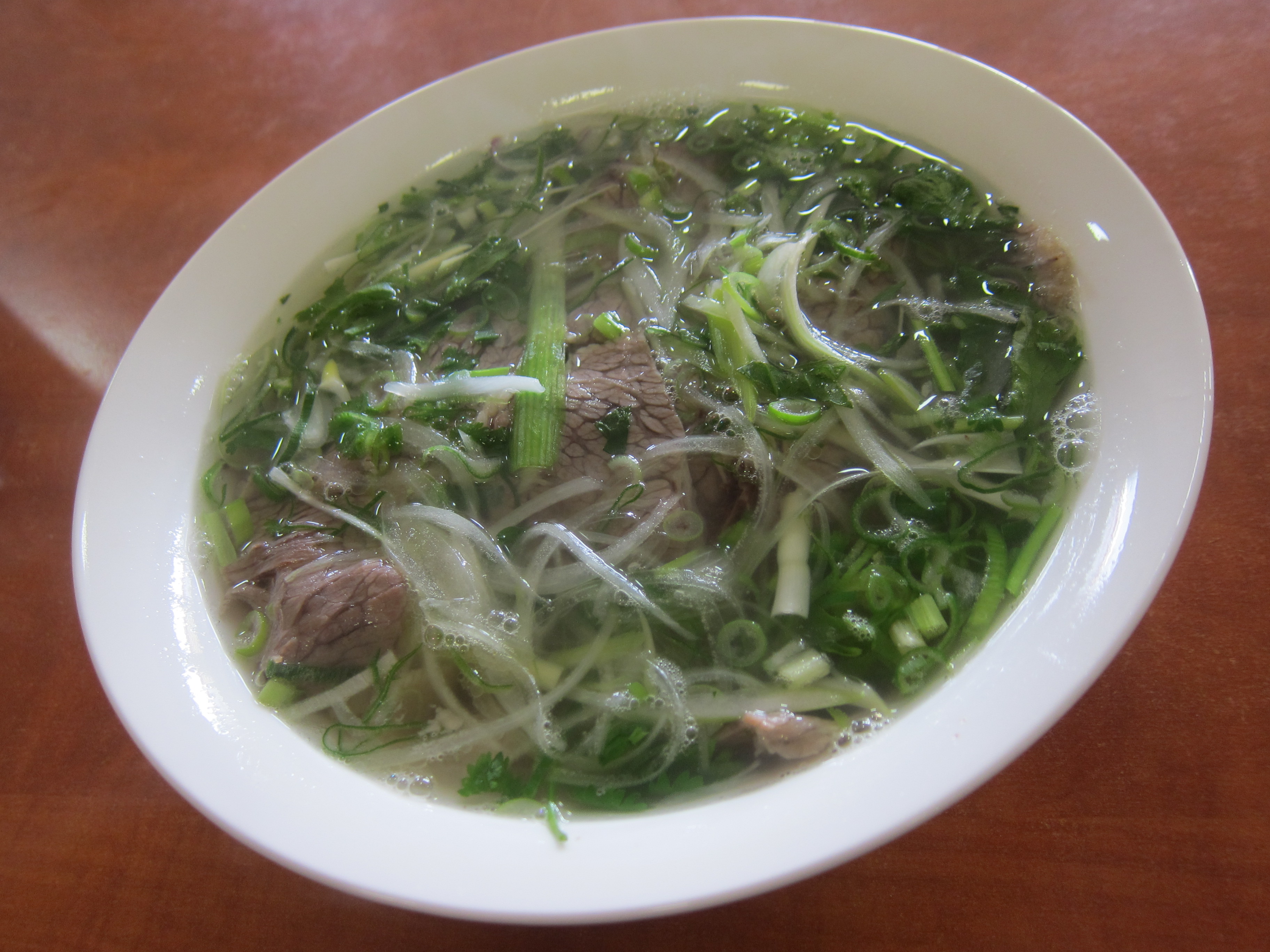 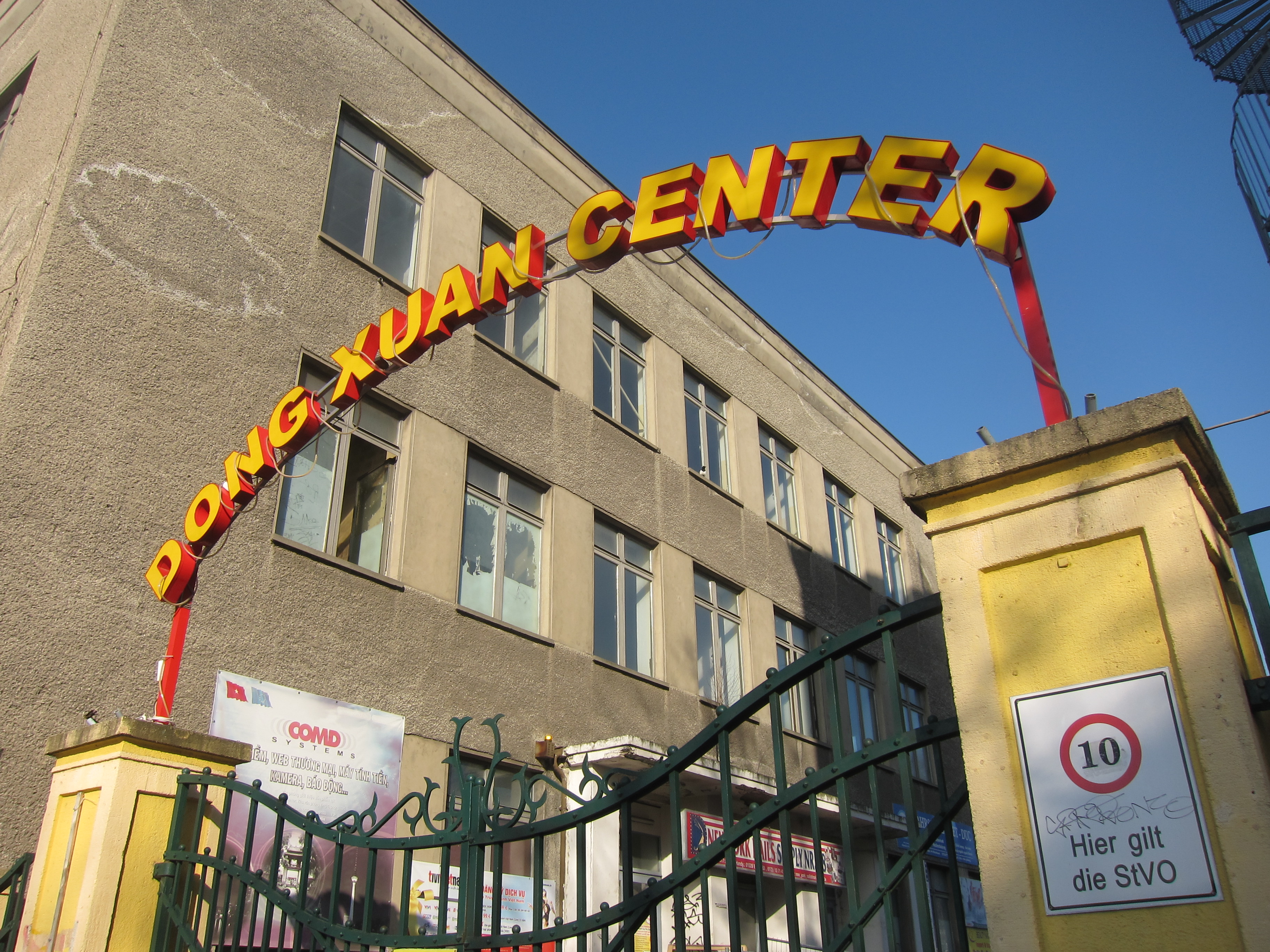 From all I’d heard of this place, it’s basically a giant parking lot filled with warehouses that are packed with Vietnamese eateries and stalls.

This certainly was true. Although, early on a weekday morning, I wondered, where are all the cars? 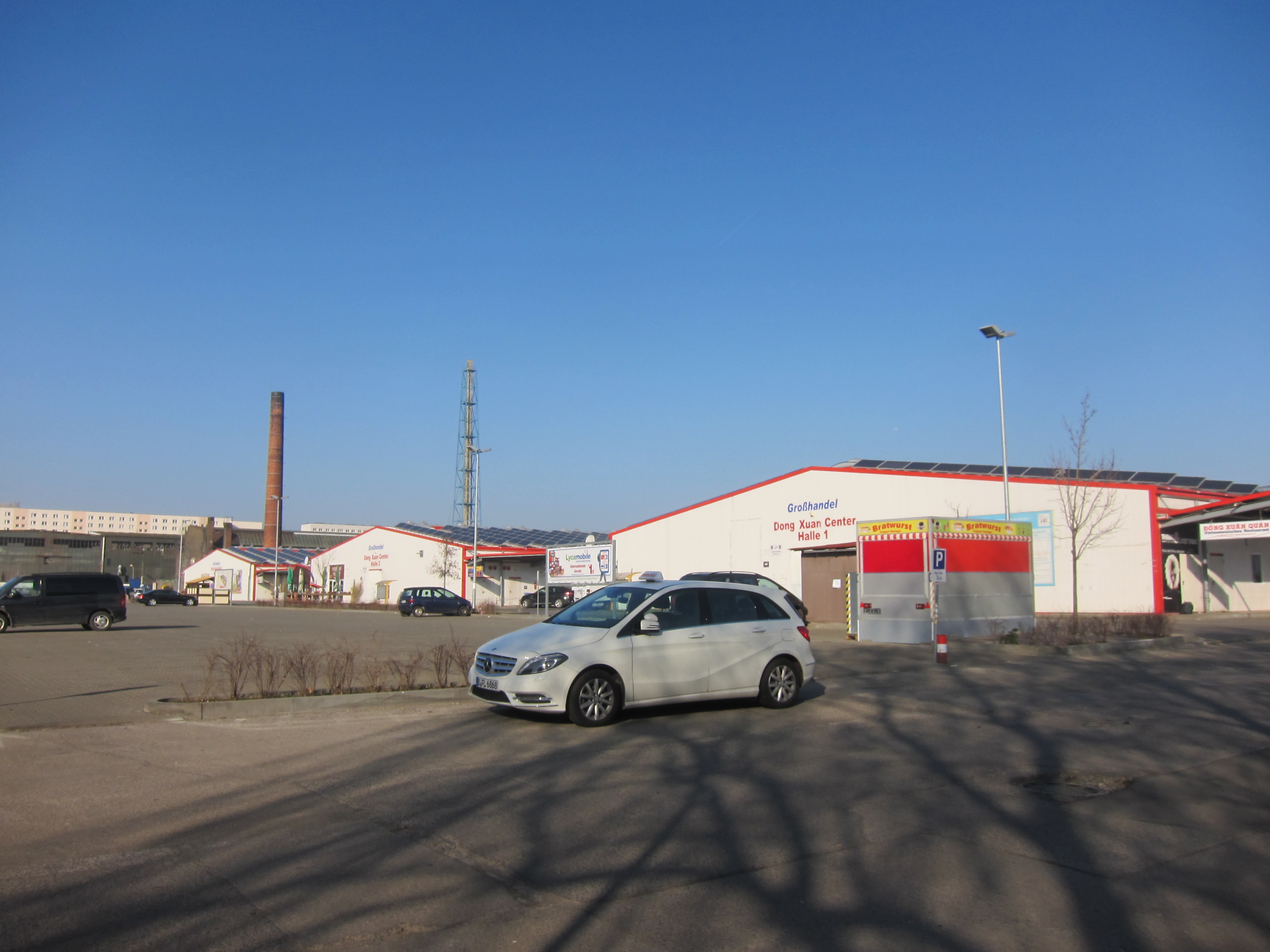 A little bit of sleuthing — and attempts to open various doors into the four warehouses — revealed that I had simply chosen to go to Dong Xuan Center on the one day of the week that it is closed: Tuesday.

Just when I was about to give up on my noodle quest, I spied a man entering a door … 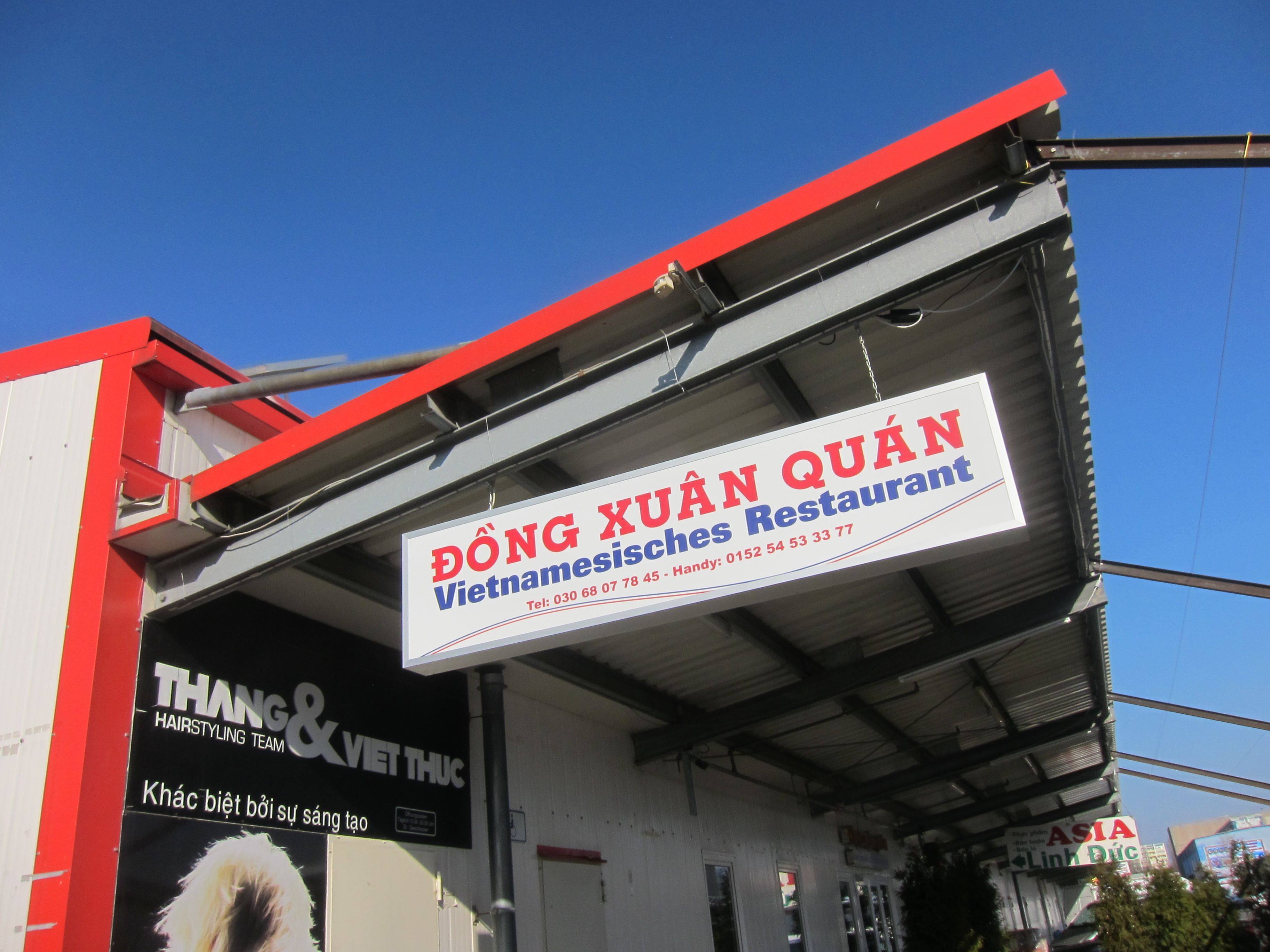 … and followed him in. The place was cavernous and largely empty, filled with the dank air of last night’s cigarette smoke — but, it was open. 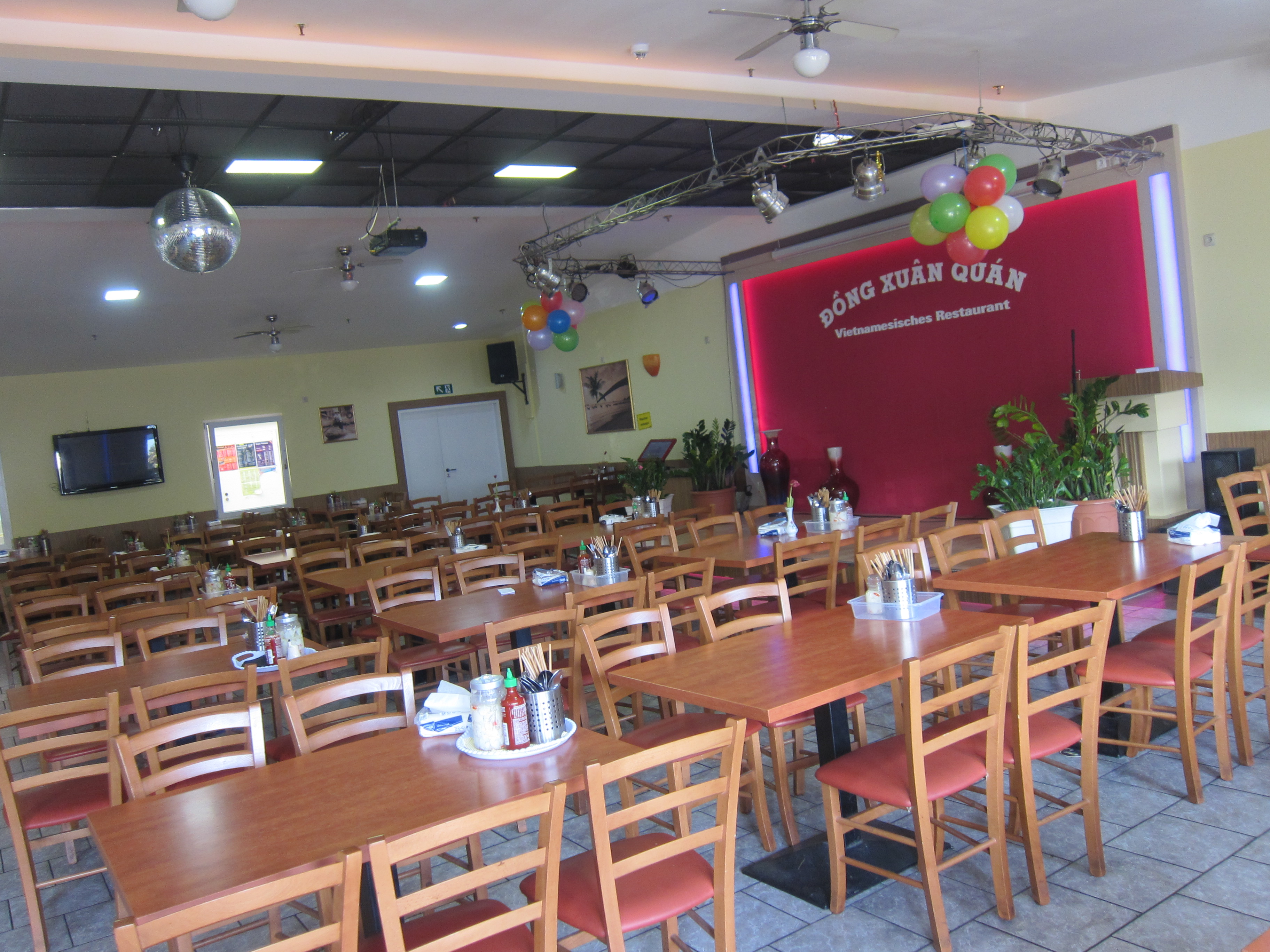 Nodding a little hello to a quartet of older gents sitting in a corner sipping coffee and smoking, I sat down and ordered right away.

First up, iced Vietnamese coffee. At 4 Euros, I have to confess I expected some mind-blowing iced coffee. This was pretty good (if you like super thick coffee that’s almost the consistency of heavy cream) — but not the best I’ve had. 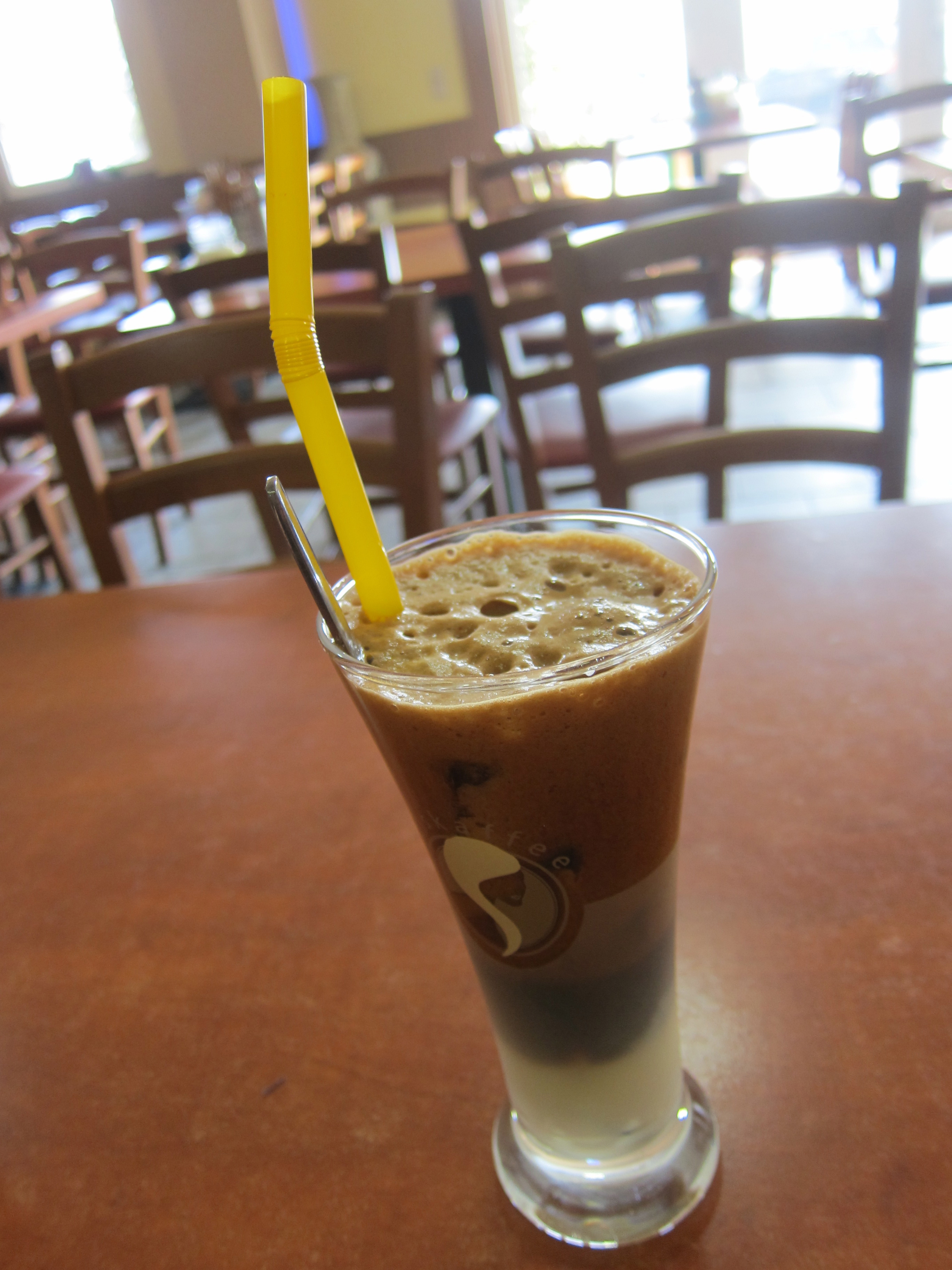 The menu is a hefty one here — the pho section alone has almost 10 selections. Since I read very little German and even less Vietnamese, I went with the most basic beef pho (6 Euros).

These appeared right away — super spicy red chilies, which I much prefer to the usual sliced jalapenos served in U.S. pho joints. 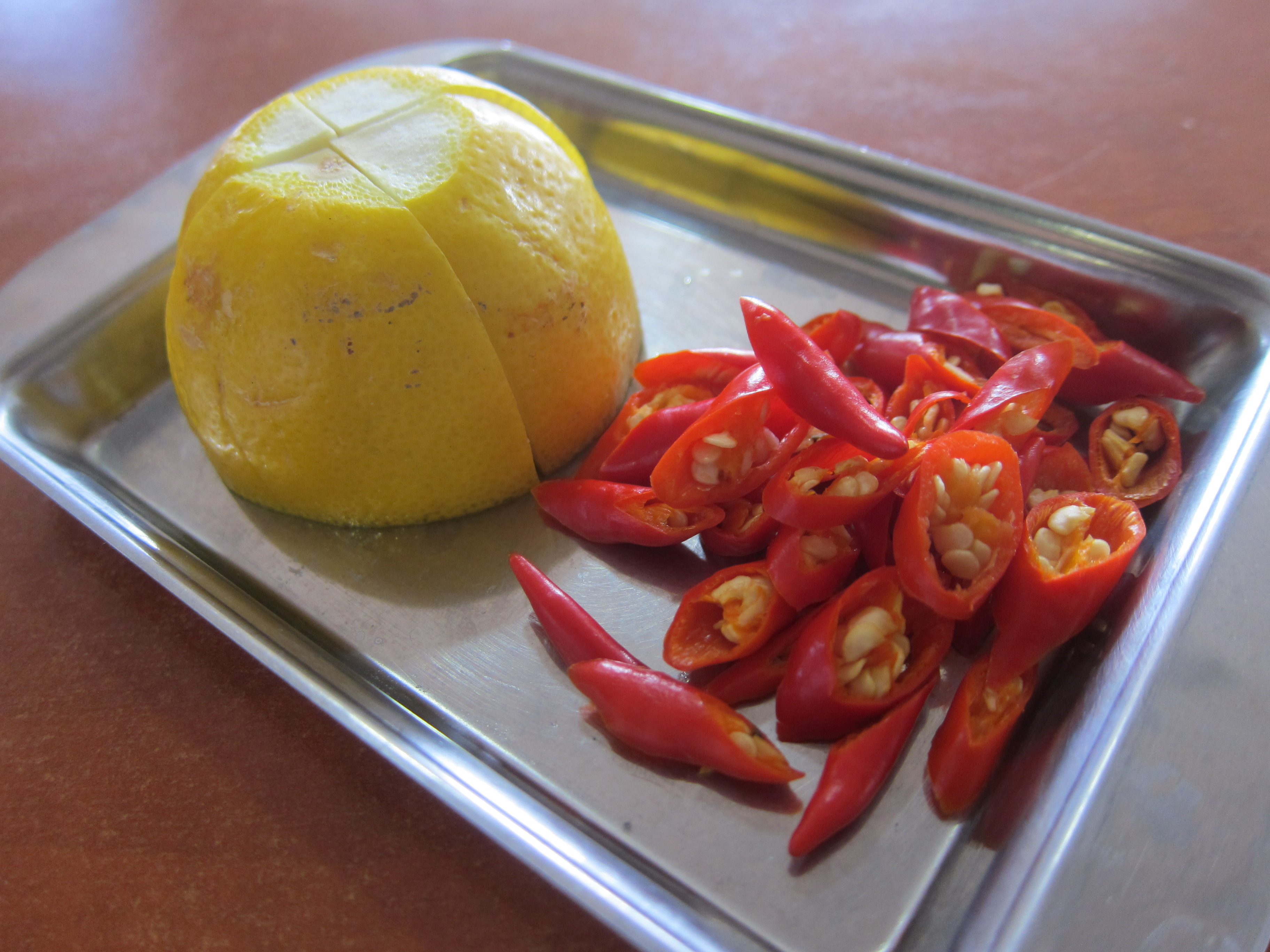 And then, a gigantic bowl of pho (above) that came so filled with flat rice noodles and slivers of beef that there actually wasn’t that much broth. The meat was nicely done — flavorful and tender, laced with buttery chunks of fat — and each spoonful of broth, packed with chopped cilantro and spring onions, was spicy and intense, even before I added any chilis.

As I pondered the suddenly empty bowl before me, I thought about what other treats all those closed stalls and restaurants in Dong Xuan Center’s warehouses must hold.

Tomorrow, then — I’ll be back.