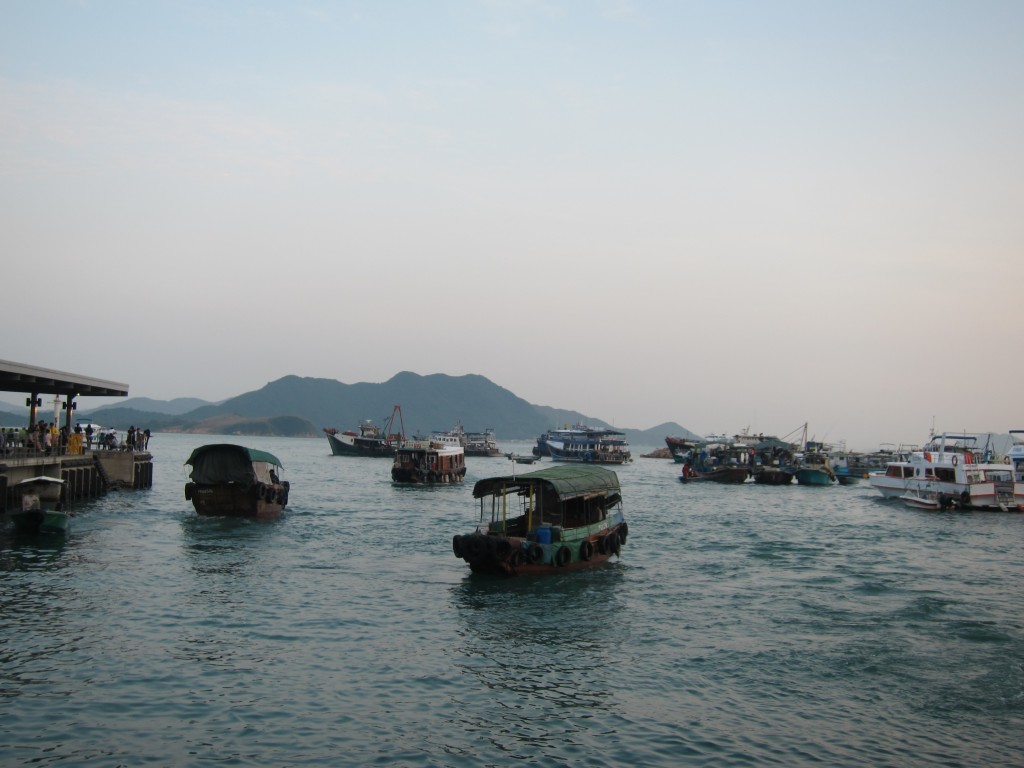 Sunday in Hong Kong and two sisters have nothing but empty hours and sunshine ahead of them.

The possibilities are plentiful — shall there be some dimsum? Or a lovely pork chop bun, perhaps? Because the day is beautiful, however, something outdoors becomes a must. Into a car we hop, squeezing through the city’s narrow, congested lanes, whizzing down a highway past thickets of toothpick -thin skyscrapers. Before long, there is a blur of greenery, squat shophouses, the sounds of children squealing.

As we tumble out, there is a smell. It’s the sea — and there is a vast expanse of it.

“I thought you would like Sai Kung,” Daphne says. And she is right, even if this is just the beginning.

We gather ourselves and amble on. Not so far away, a lively fish market awaits …

There is much to see in the town of Sai Kung, located in a (relatively) idyllic stretch of a peninsula on the easternmost bit of Hong Kong’s once-pastoral New Territories district. The town was once a fishing village — and this business has continued to thrive, despite the fairly recent swell of restaurants and bars that have opened to cater to the trickle of urban Yuppies moving there or spending weekends there.

Evidence of the trade that grew this town is everywhere. Helmet-like shellfish creep along a sidewalk, meandering among little feet. 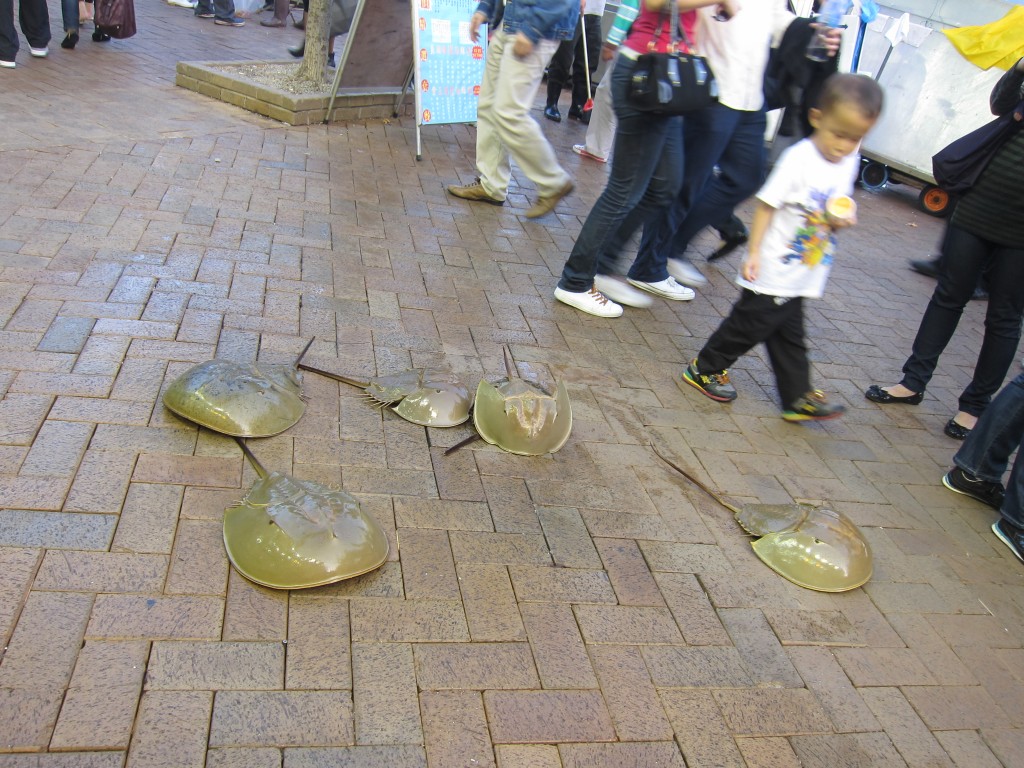 Fish almost as large as Daphne peer out from a giant sidewalk fishtank. 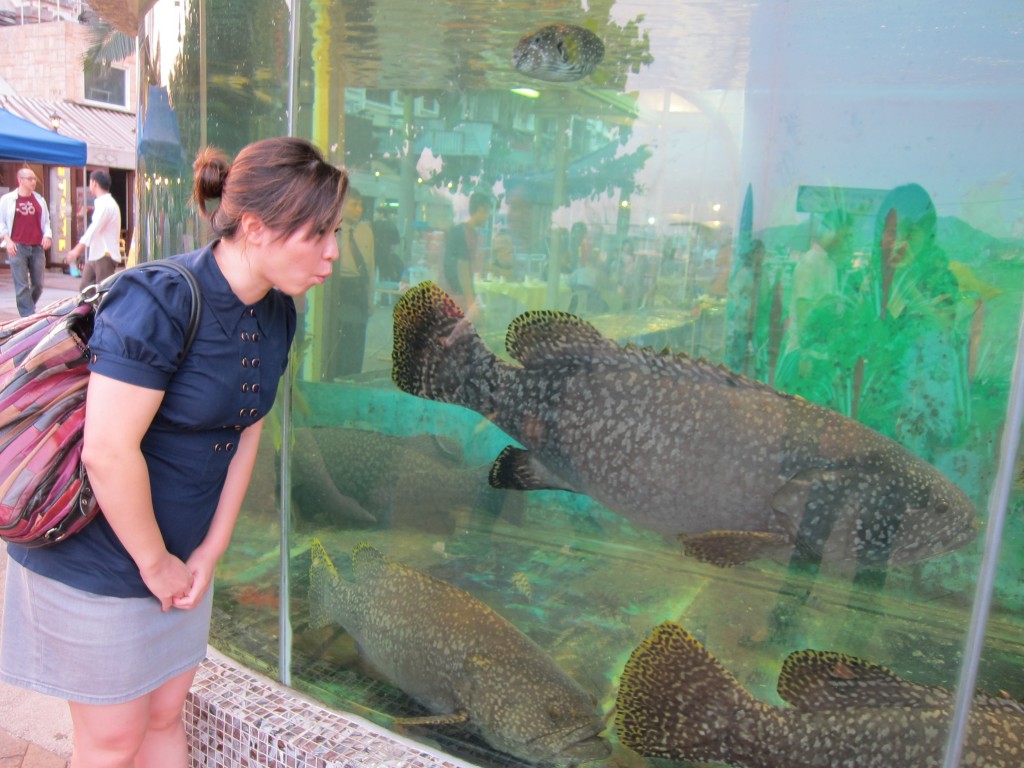 But it is the market that we have come to see. In the middle of the day, the boats have come in and fishermen are proudly displaying their catches to a swarm of locals, each one clamoring for a spot along a jammed railing so the haggling can begin. 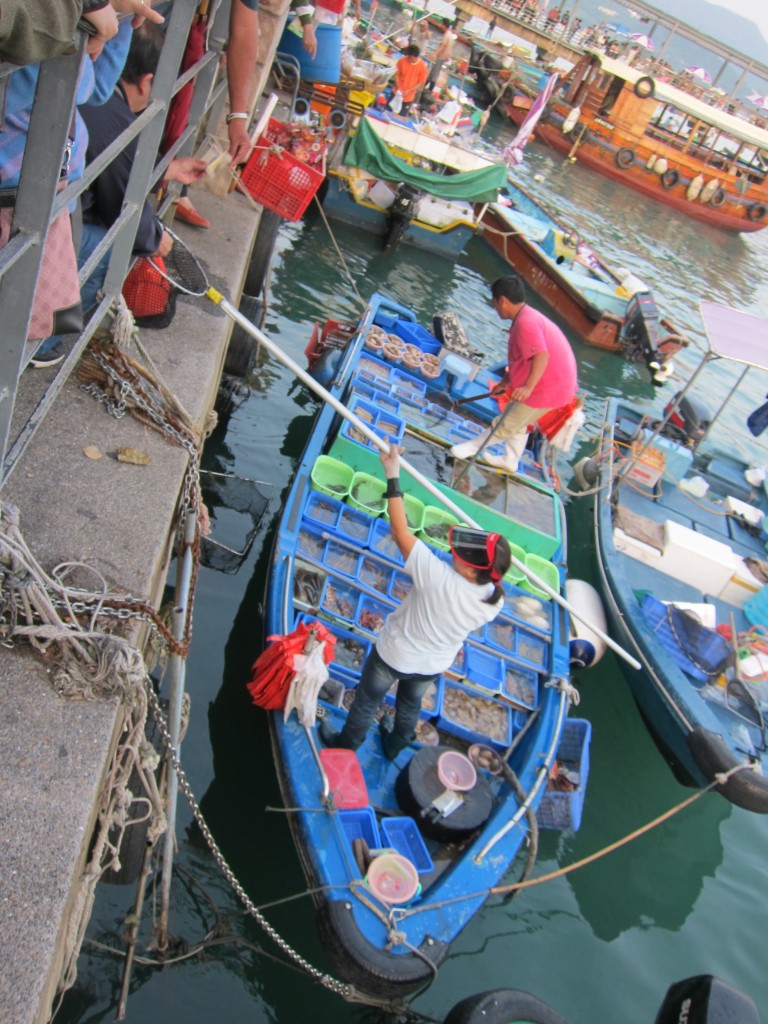 After watching a few transactions, we figure it out. This is how it starts, with the fisherman calling out to an interested customer. 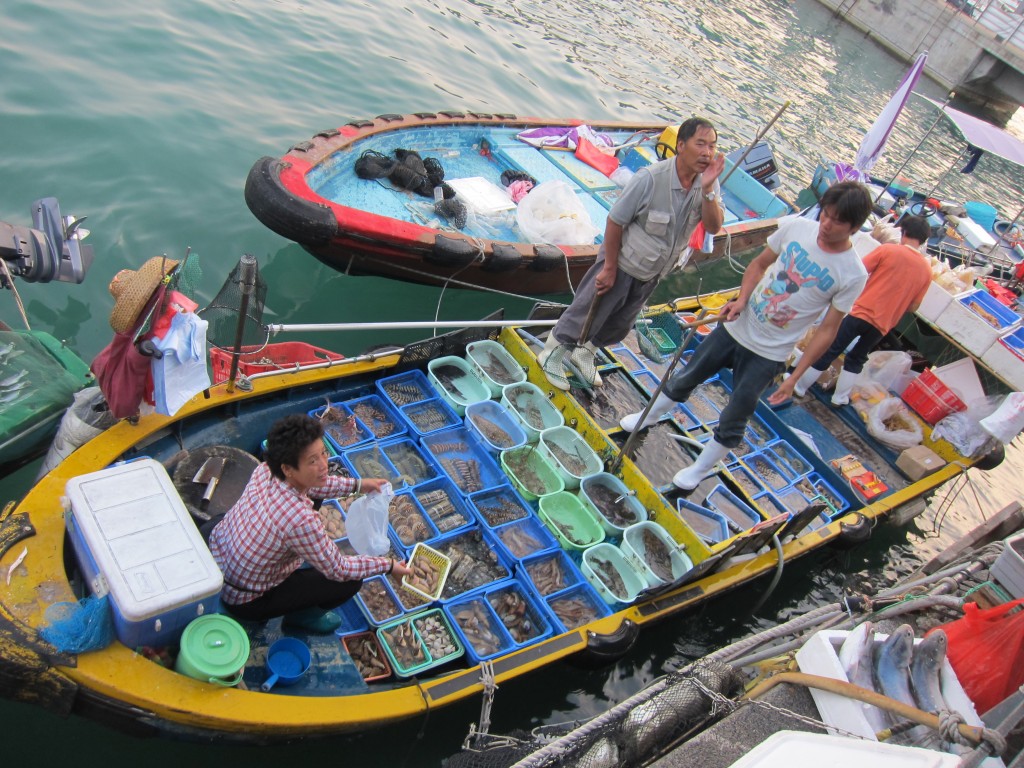 There is some discussion over the fish in question. 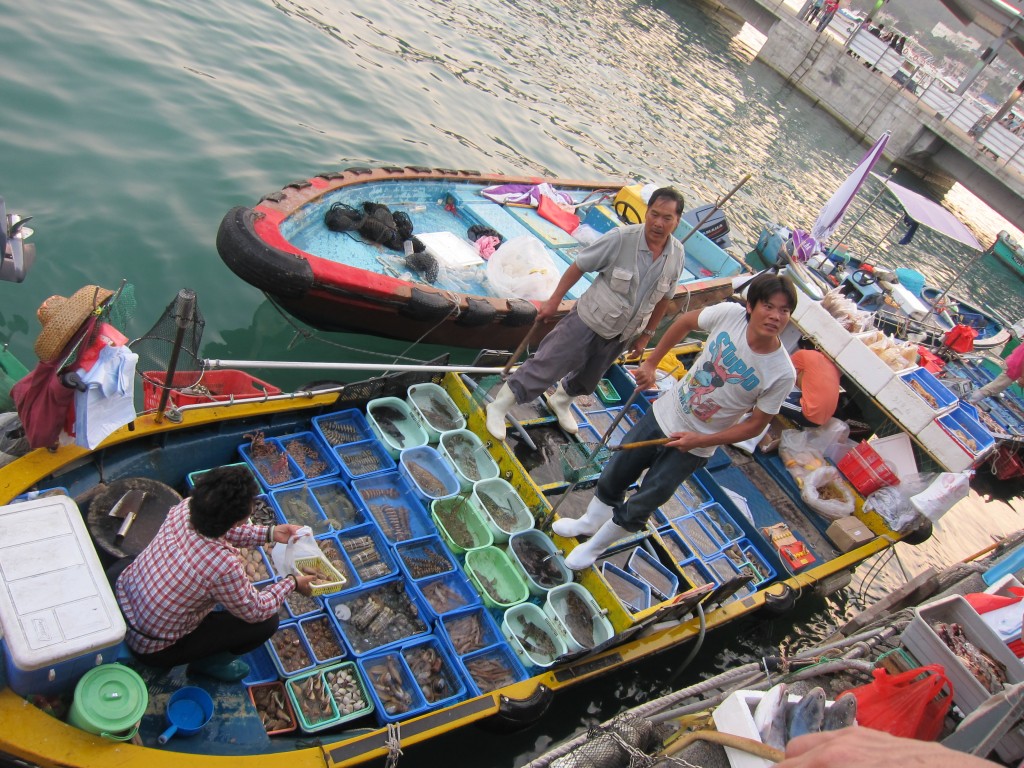 When a selection has been made, the fisherman places the catch in a bag and hoists it up with a long net. 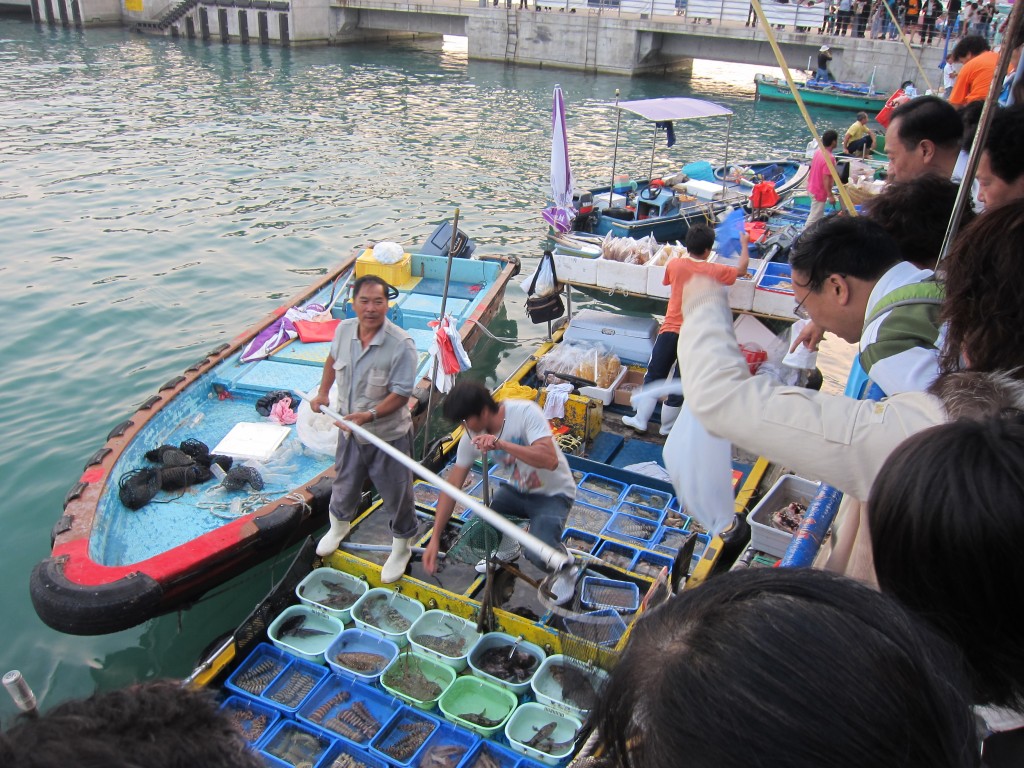 Once money is dropped into the net, the transaction is complete. 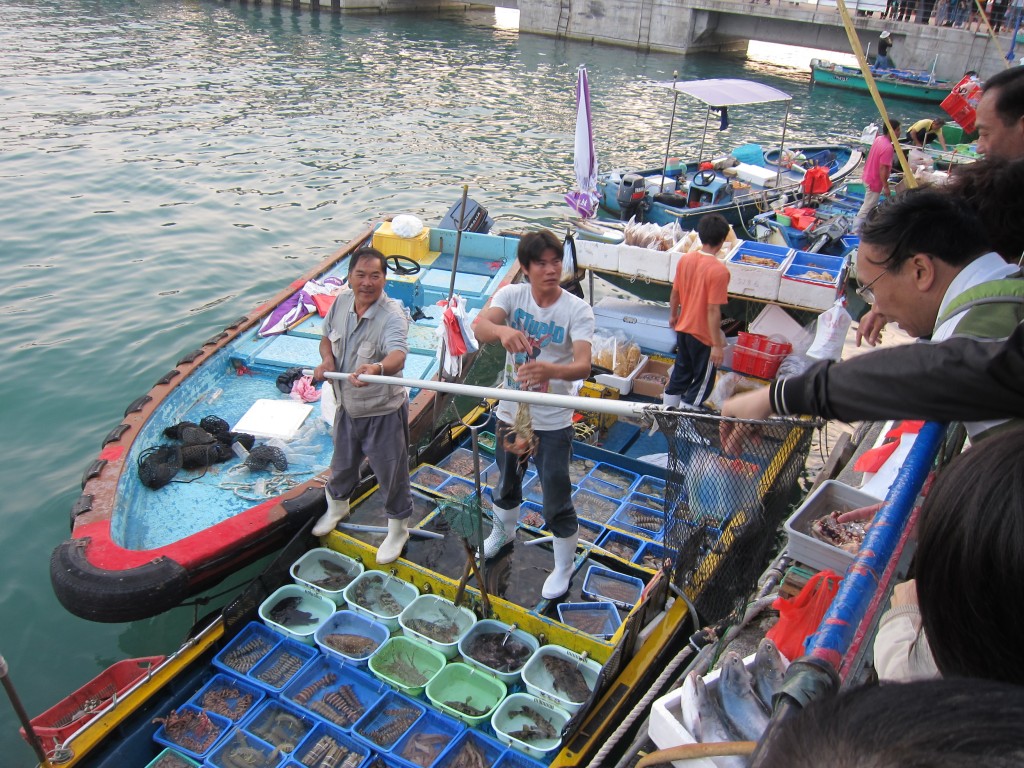 If you’d like, they sometimes gut or filet the fish for you while you watch. 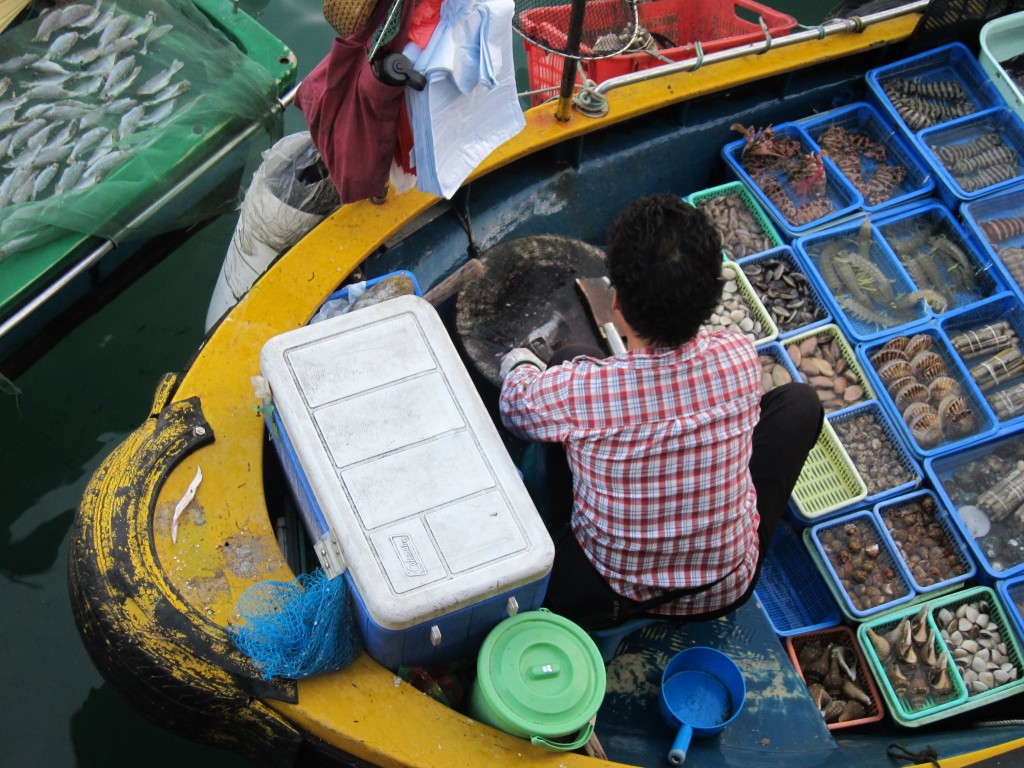 With such a crowd of shoppers, our time along the rails is limited. (If you’re not buying, you really should move on.)

On our way out, hawkers of dried seafood try to catch our attention. 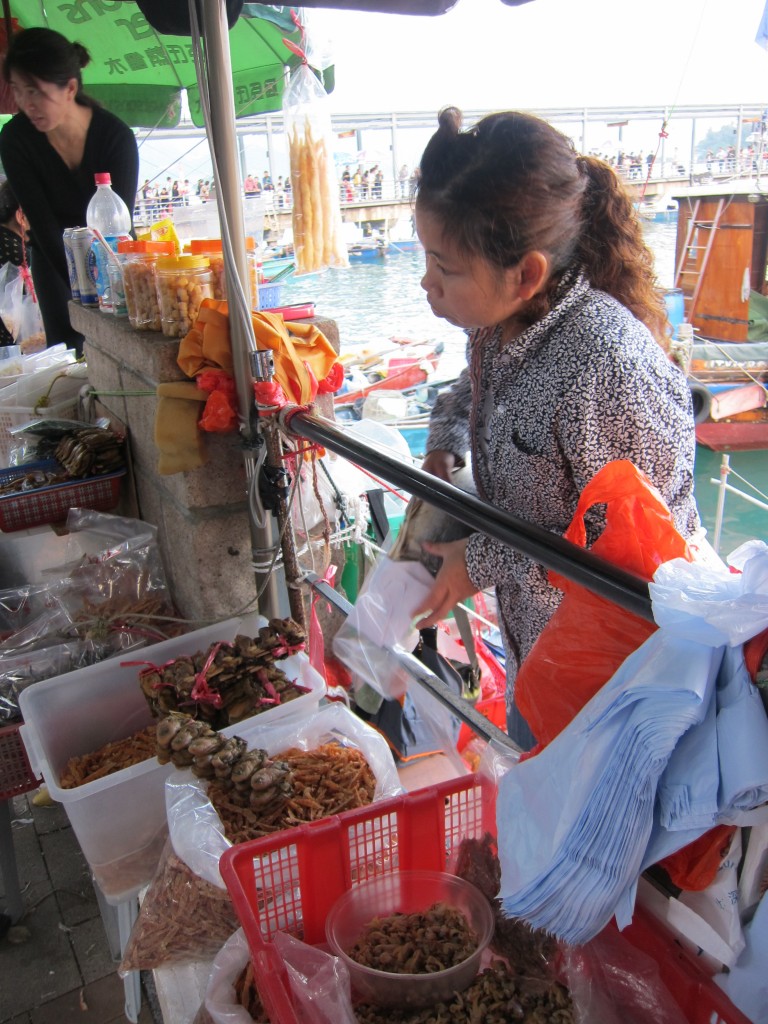 We’re not entirely sure what it is we’re looking at and being asked to contemplate, however — dried oysters? Barnacles? 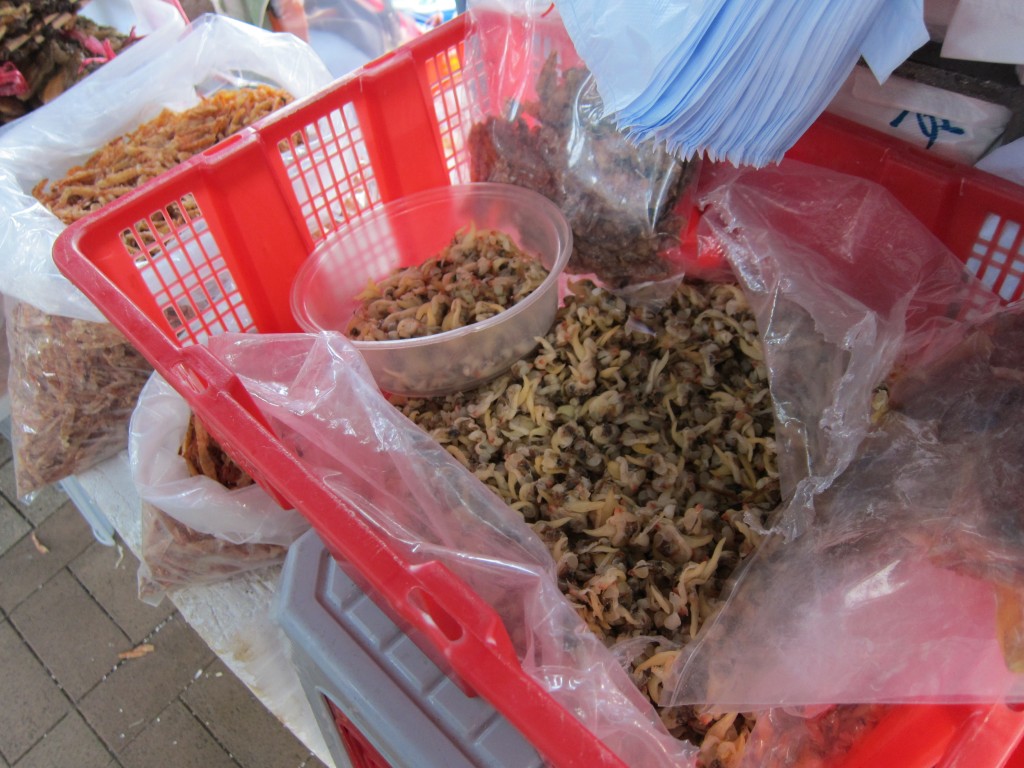 And so it becomes clear that it’s time to leave. We realize our bags are empty; we have have come to the fishing village but are leaving with no fish.

Instead, however, there has been a day in the sun, a lovely time at the sea. And even better, it turns out, a salty little nap to be savored in the long taxiride back.

Getting to Sai Kung from downtown Hong Kong

There are direct Public light bus services from Sai Kung to Dundas Street in Mong Kok (24 hour service) and Kwun Tong. There is also a service to Causeway Bay and Wanchai on the weekend and on weekday evenings. These can be caught at the entrance of the Sai Kung Tang Shiu Kin Sports Ground.