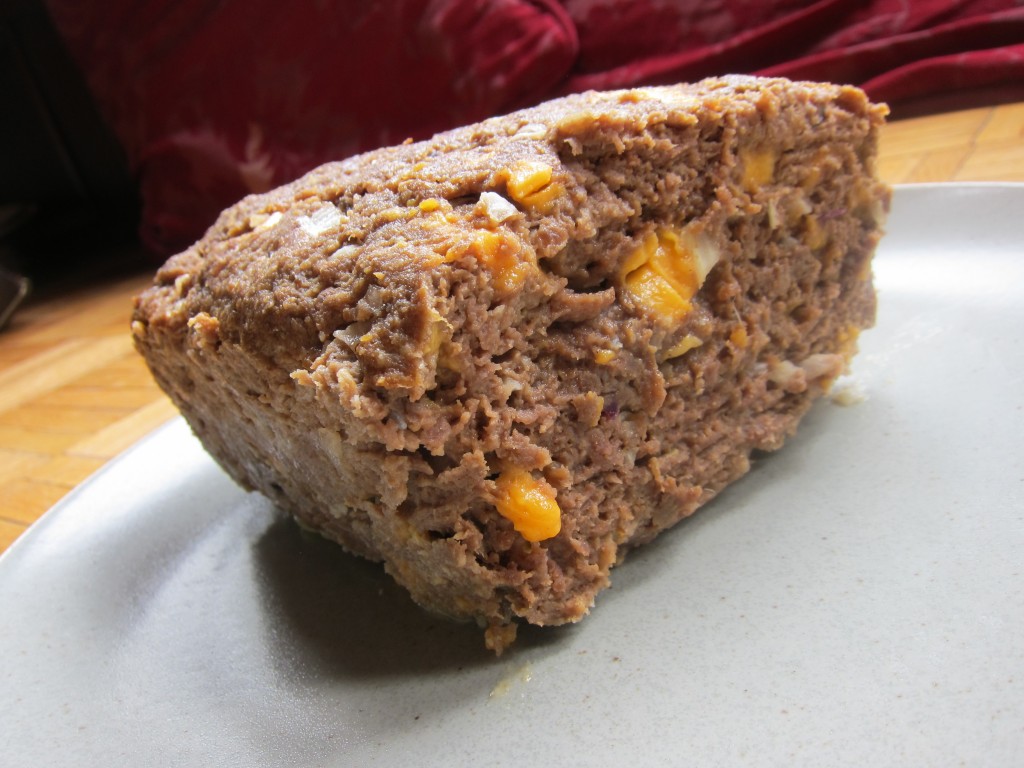 At a recent “A Tiger in the Kitchen” reading at Powell’s Books in Beaverton, Oregon, a young man asked a question I’ve been getting a fair bit: “What’s your favorite thing to cook?”

It’s a sound question, given my book is a memoir told through food and cooking. And my answer always surprises people: “Meatloaf.”

Although Tiger is about a year I spent traveling to Singapore, where I was born, to rediscover my native culture by learning how to cook, in my Brooklyn kitchen, it’s often good old American meatloaf that I turn to when I’m looking for something easy, satisfying — and likely to yield lots of leftovers. My obsession with meatloaf began when I moved to the United States at age 18. I had never encountered this brick of meat before — it was truly exotic to me.

Since I mention this fact in the book, some readers have been awfully generous in sharing their prized meatloaf recipes. And when my book tour recently took me to Seattle, where I had a lovely catch up with a dear, dear friend, he happened to mention a magical meatloaf recipe that he adores.

Now, it’s not hard to figure out where the goodness in this loaf is from. This bowl says it all: diced cheddar. 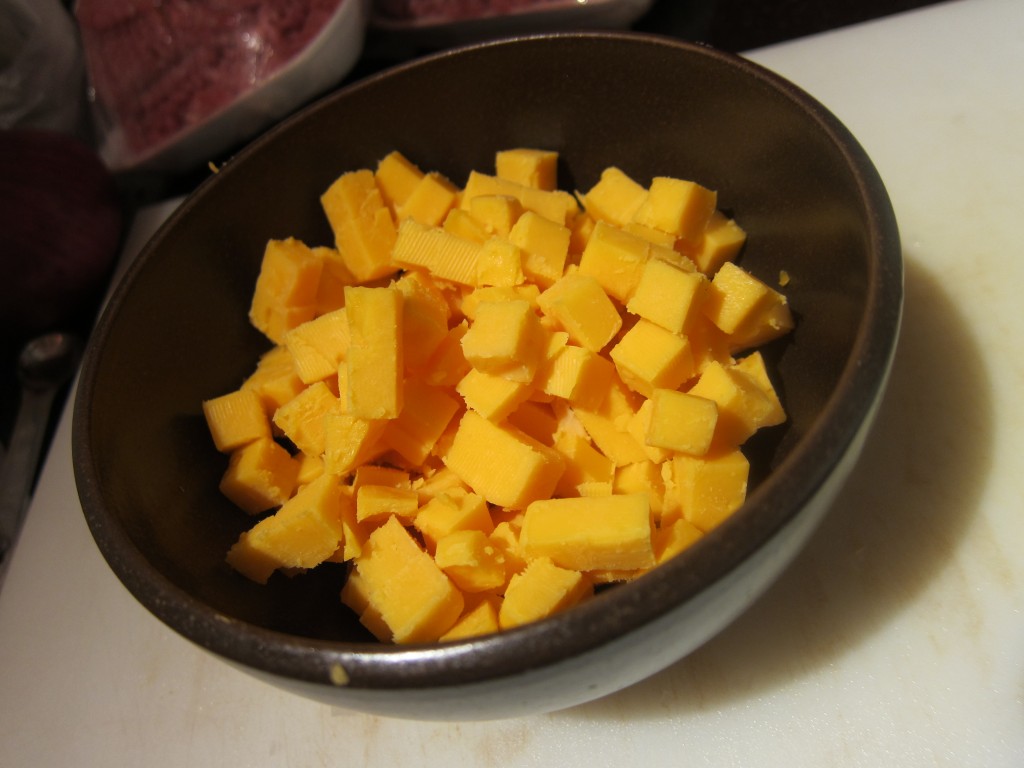 Before you get to the cheddar bit, though, you mix up the rest of the ingredients — apple butter, onions, breadcrumbs etc. — in a bowl, add ground beef and make sure everything’s thoroughly combined. 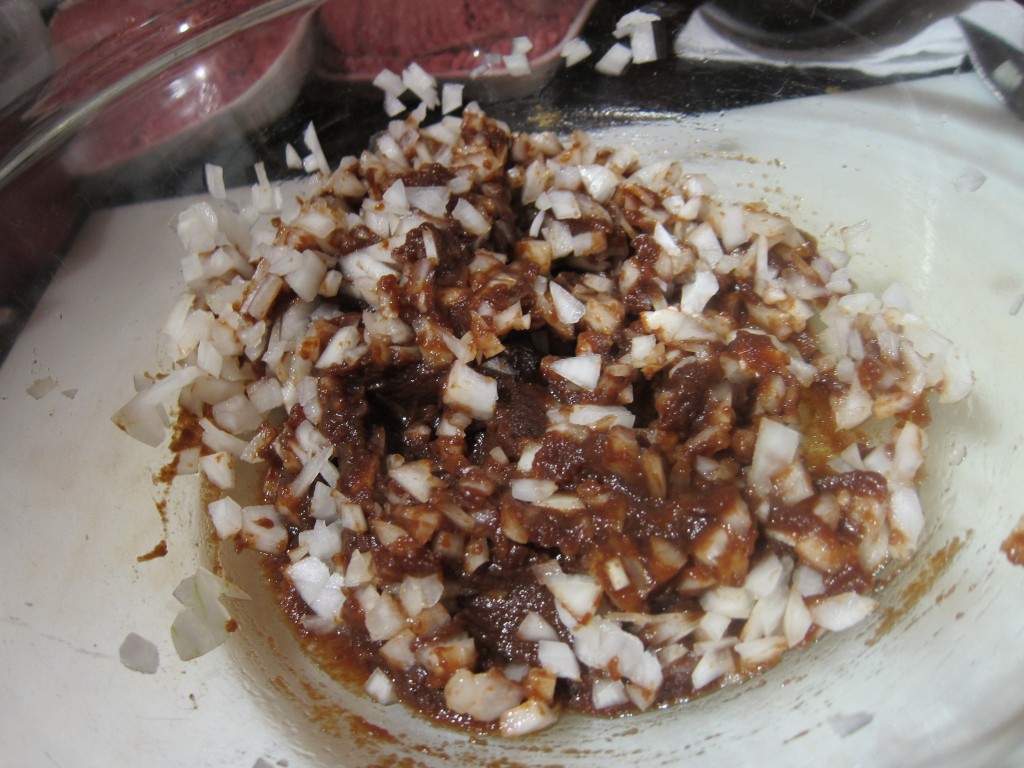 Then in goes the cheddar and once that’s nicely worked in, the loaf goes into the oven. It’s that easy. 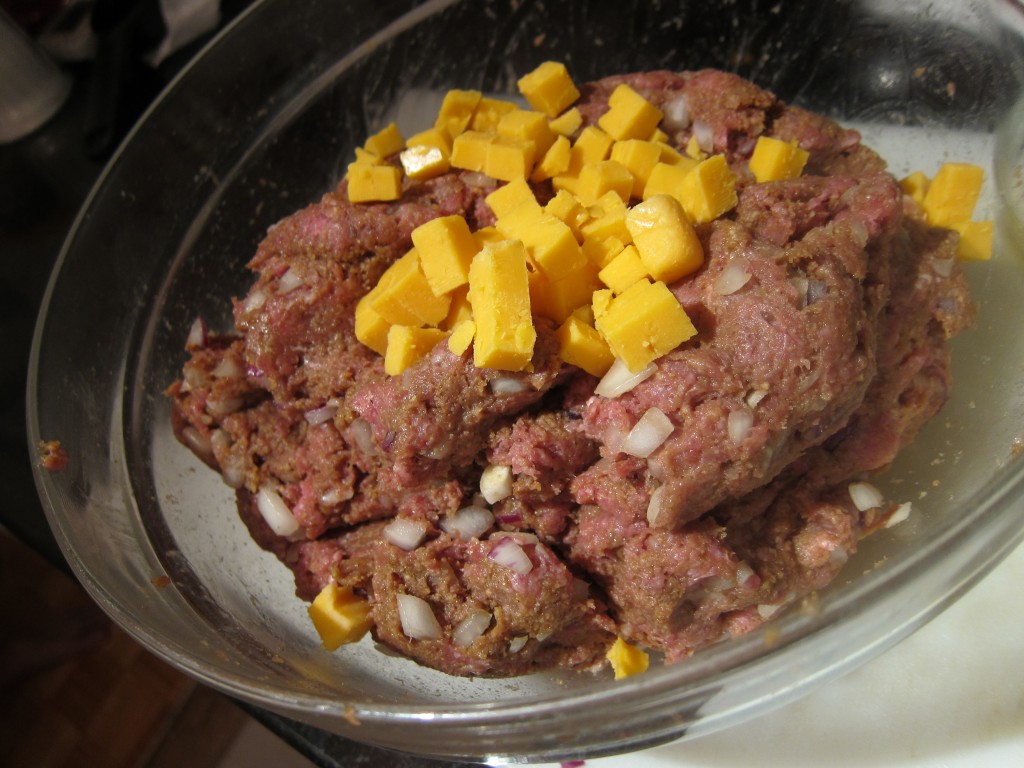 So how did it taste? About as good as you would expect a combination of apple butter, cheese and ground beef to be — in a word, delicious. If you like chunky pockets of cheese then this recipe is perfect as is. But I might try it again with grated cheddar instead as I’d like to see how it tastes with the cheese incorporated into the meat mixture a little more.

Since Russ was so kind as to give me his recipe, I’ve decided to spread the love and share it with you below. I’m still on the hunt for more meatloaf recipes, however — so if you have a favorite, let’s hear it. In return, I’ll be doing my first giveaway on this blog.

Here’s the deal: If you share your meatloaf recipe with me in the comments below by end of day (New York time) July 16, I’ll enter your name to win four big packages of gourmet steak jerky from Umpqua Indian Foods, whose jerky I fell in love with after sampling it at the Fancy Food Show in Manhattan last summer. The flavors you’ll get include beer, black pepper & garlic and jalapeno steak jerky. Trust me — it’s good stuff.

So, do share below and I’ll announce the winner in mid-July.

Pre-heat oven to 325 degrees. Combine apple butter, salt, nutmeg, and pepper. Add meat, bread crumbs, onions, and egg. Mix lightly but thoroughly with hands. Fold in cheese cubes. Mold into
a loaf. Bake in a shallow pan for one hour.