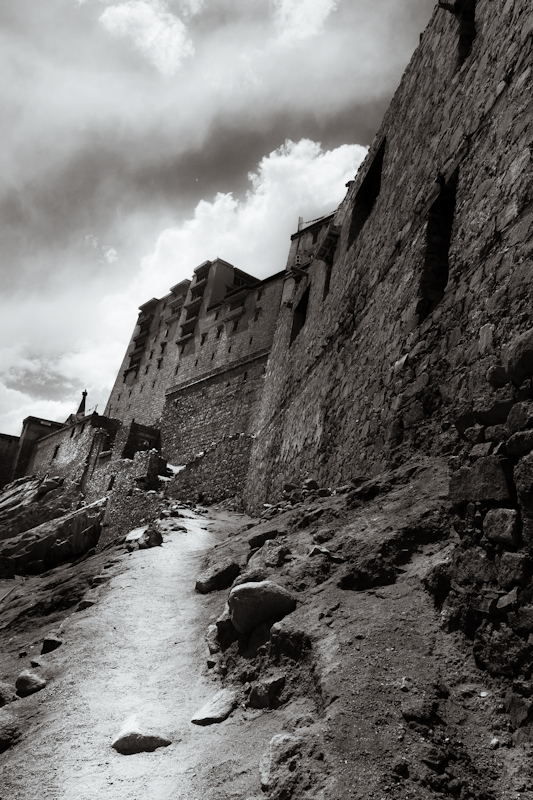 There’s only one thing better than having a well-traveled friend with a good appetite — one who also takes phenomenal photos wherever he lands.

By now, you’re probably familiar with the work of my dear friend Jesse, who shared some lovely pictures from a little coffee shop in Shimla, India, earlier on this blog.

As with any good thing, I always want more. And Jesse, knowing me all too well, quickly obliged.

So soon enough, a next despatch arrived from India — this one from a little cafe nestled in the Himalayas …

With Jesse’s blessings, I’m sharing his account of a little journey up a hill in a place called Leh …

“This is in a tiny cafe halfway up the hill to the palace ruins that tower over Leh. You walk up this footpath and basically you need to get lucky because the cafe isn’t marked very well. It’s down a steep, dark stairwell and I found it only because I was obsessively exploring every passageway in the ruins.

In the “path” photo (at the top), the cafe is in one of the buildings on the far left edge. 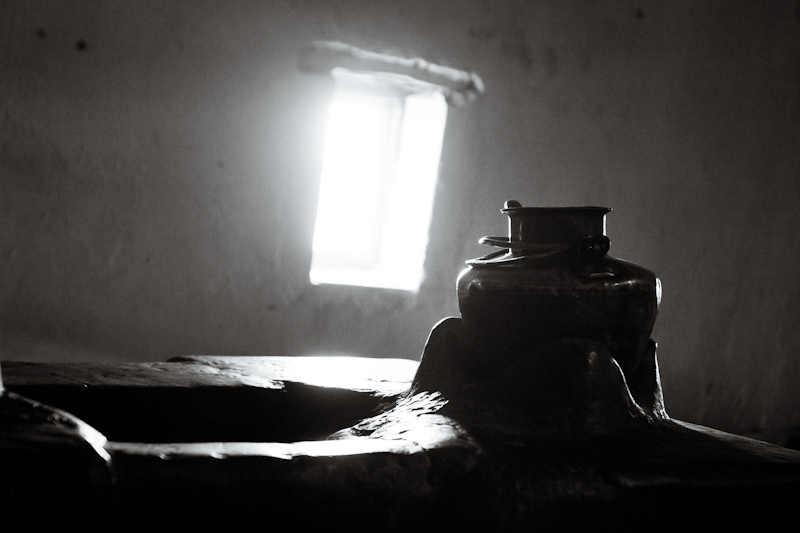 The cafe is run by an NGO, the Himalaya Cultural Heritage Foundation. It’s called Lonpo House Cafe. Lonpo is the word for “minister to the king” apparently. 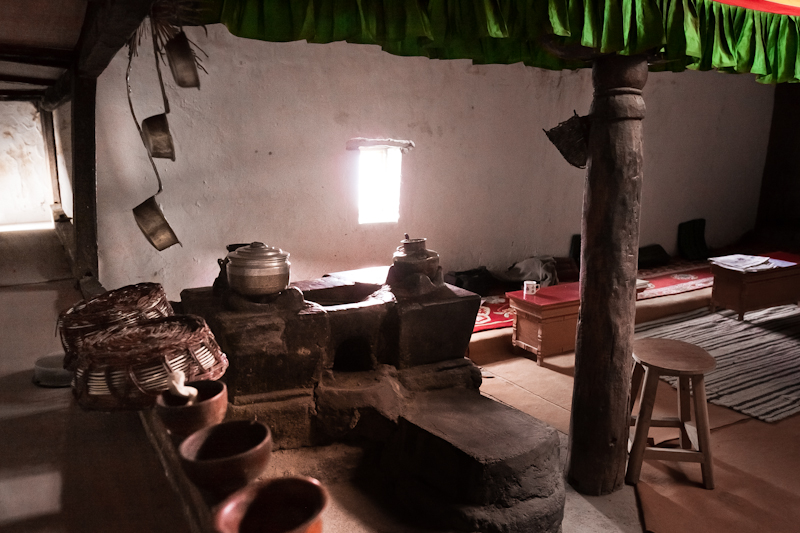 The cafe is a small, low room in what used to be the home of the Minister to the King, back when Leh had a king, which was a long time ago. It has a few skinny windows. You sit on the floor, back to the wall, on rugs. 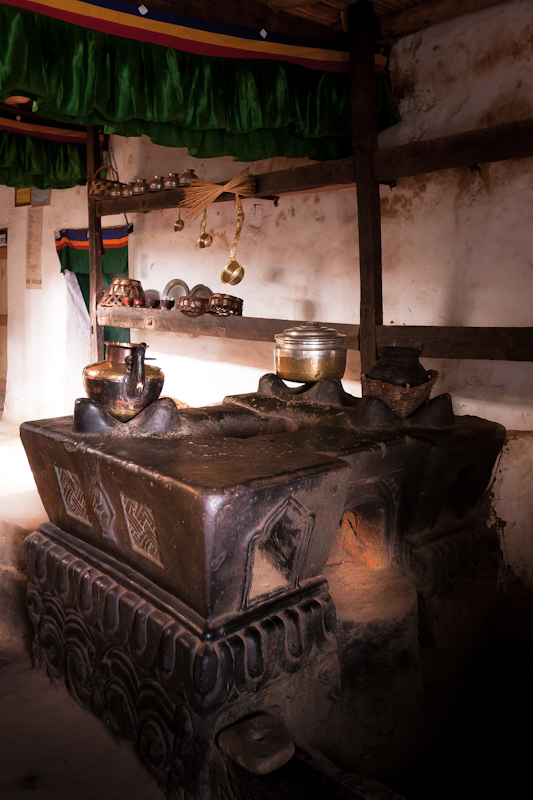 This home was a ruin until recently when parts of it were rebuilt. The cafe is in what was the summer kitchen. Because in winter, obviously, you’d go to your other kitchen that stays warmer.

There’s a traditional Ladakhi oven there that’s extraordinary to see. It’s probably a few hundred years old, according to the man running the place. 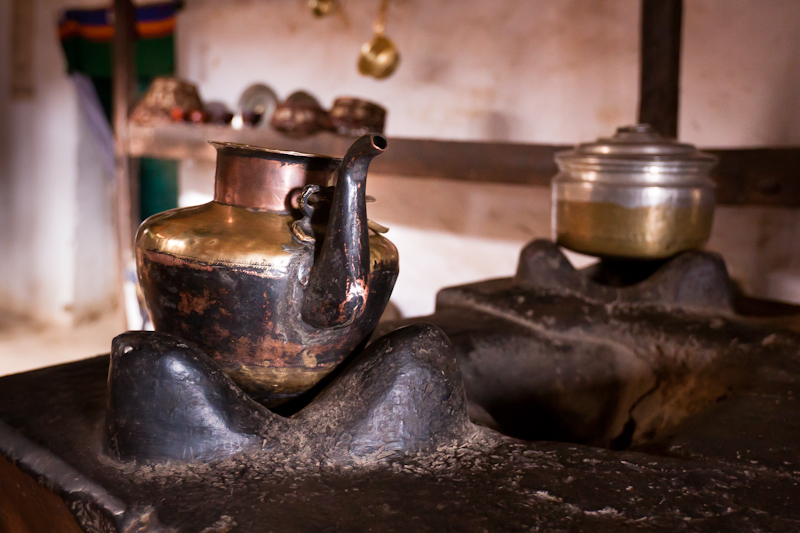 Anyway, I enjoyed a masala tea. The cafe opened only a few days ago and they promise to have momos tomorrow. I’ll test them on that.” 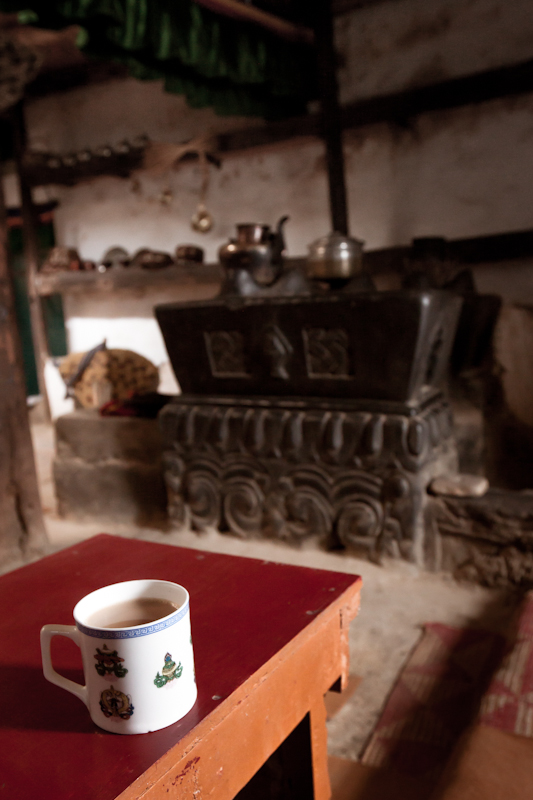 The very next day …

“I successfully scored momos today. Delicious. First they said no, then said they had to make them by hand so it would take a long time! The sauce is a mildly spicy thing.” 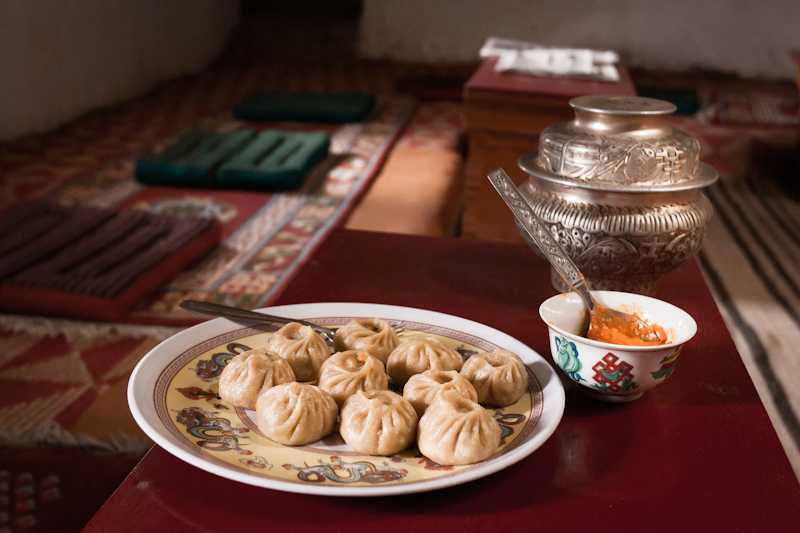 To check out Jesse Pesta’s photos or journalism, go to: www.jessepesta.com