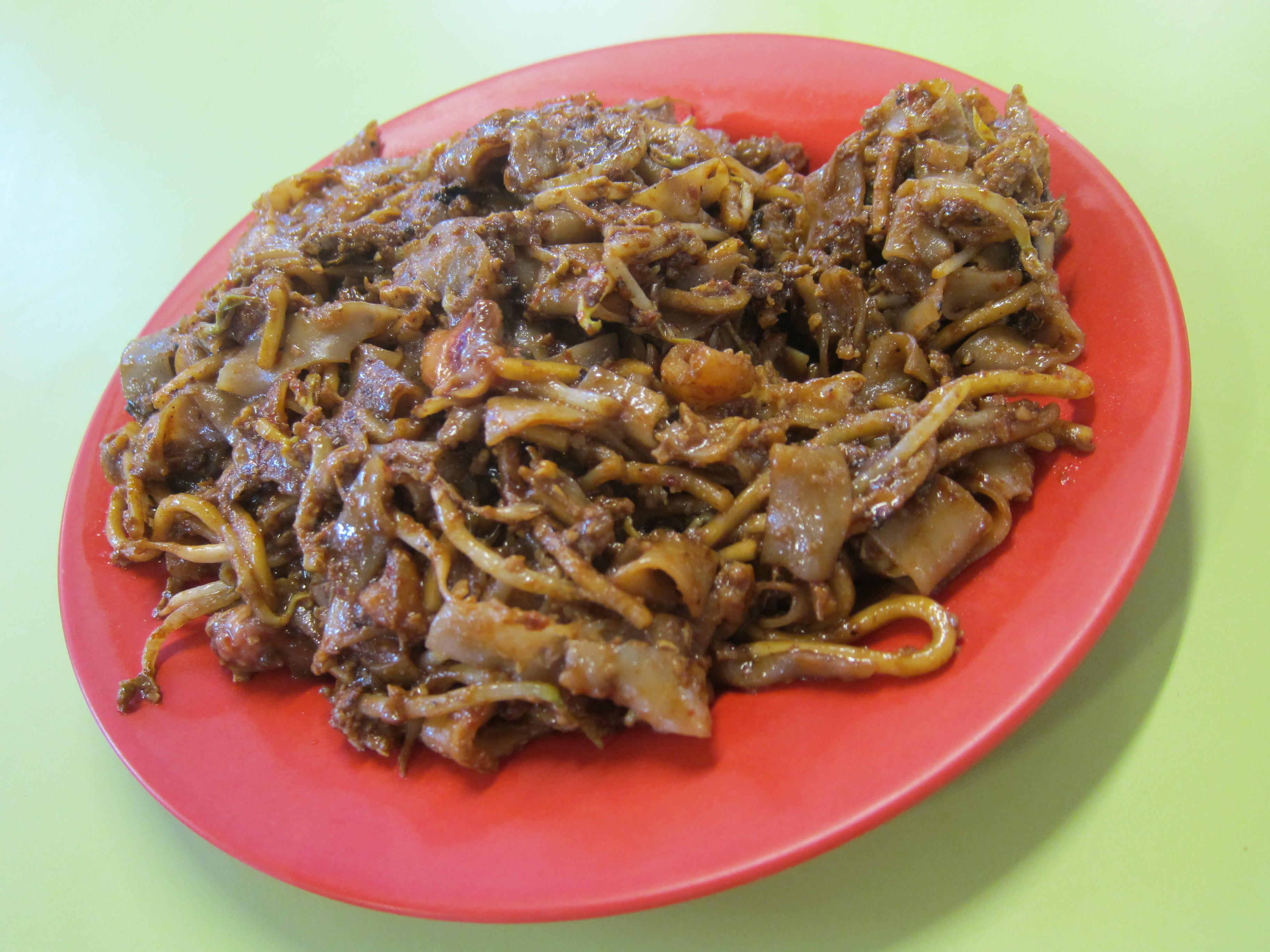 For years, I’ve been telling anyone who’ll listen that the absolute best char kway teow in Singapore is over at Hill Street Fried Kway Teow

It appears, however, that I have been speaking out of turn. On a recent trip to Singapore, chef Willin Low (of the always impressive Wild Rocket restaurant) decided to correct me, putting me in his car and taking me to Hong Lim Market & Food Centre, a busy hawker center near the heart of Chinatown. Once there, we wended our way among the little stalls until we found one that had a line with more than a dozen people in it.

“Quick,” he said, shooing me to hurry over to Outram Park Fried Kway Teow Mee. “Get in line!”

This, apparently, was the best char kway teow in Singapore.

Now, although char kway teow is not one of the unofficial national dishes of Singapore, these fried noodles with cockles, eggs, bean sprouts and Chinese sausage are among the must-haves of the country.

This noodle dish, best eaten freshly wok-fried at a hawker center, is incredibly hard to pull off well. In my close to 20 years in the U.S., although I have seen it on restaurant menus many times, not one has come close to the deliciousness that you’ll find in many a Singapore hawker center.

Since it’s so widely available, it’s a testament to Outram Park that long lines of Singaporeans — who are just about the most impatient people you’ll meet — are willing to queue up for it. 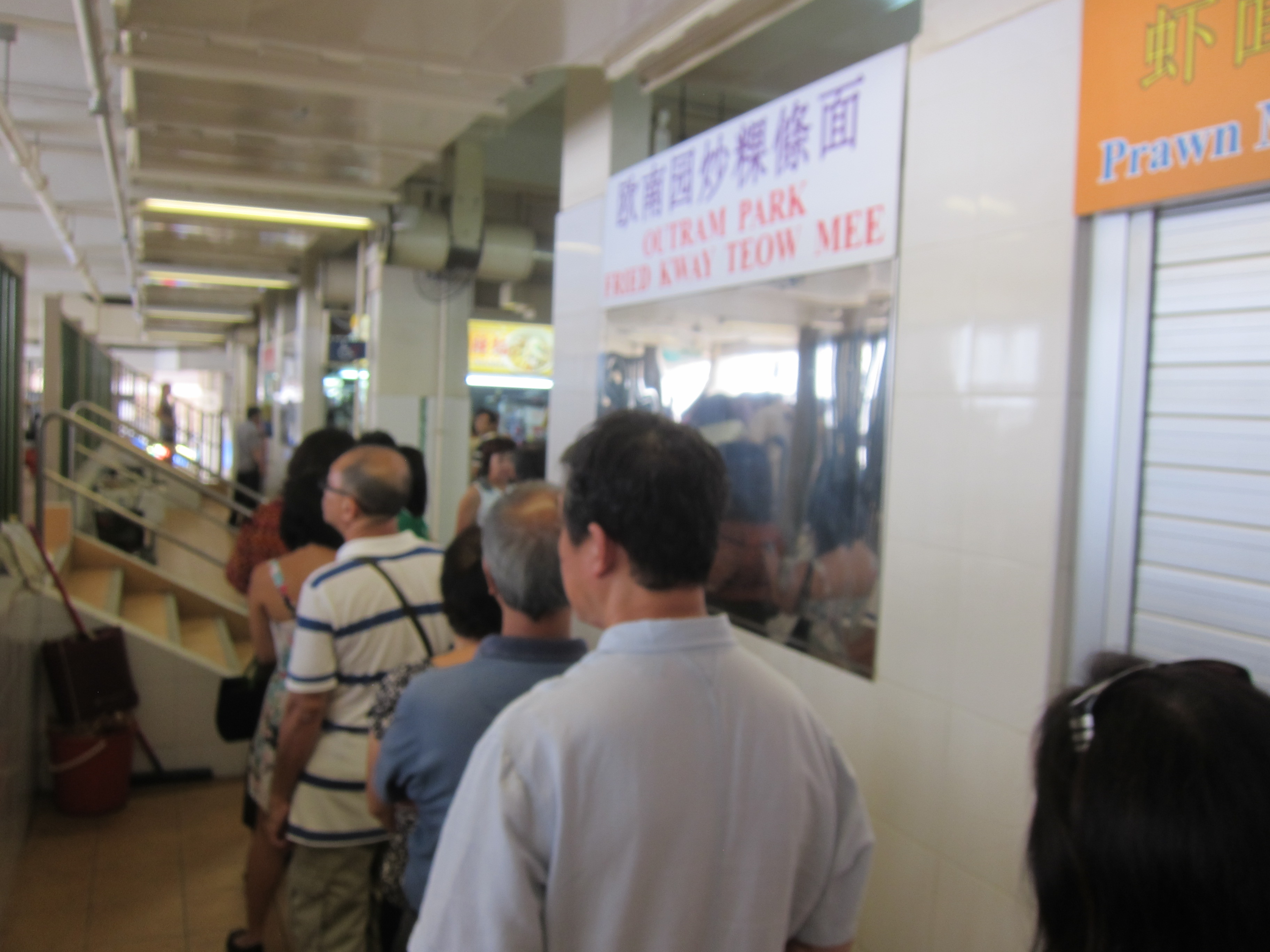 Part of the reason for the line is that it’s a very small operation — there’s just one guy in the stall doing all the mixing and stir-frying. 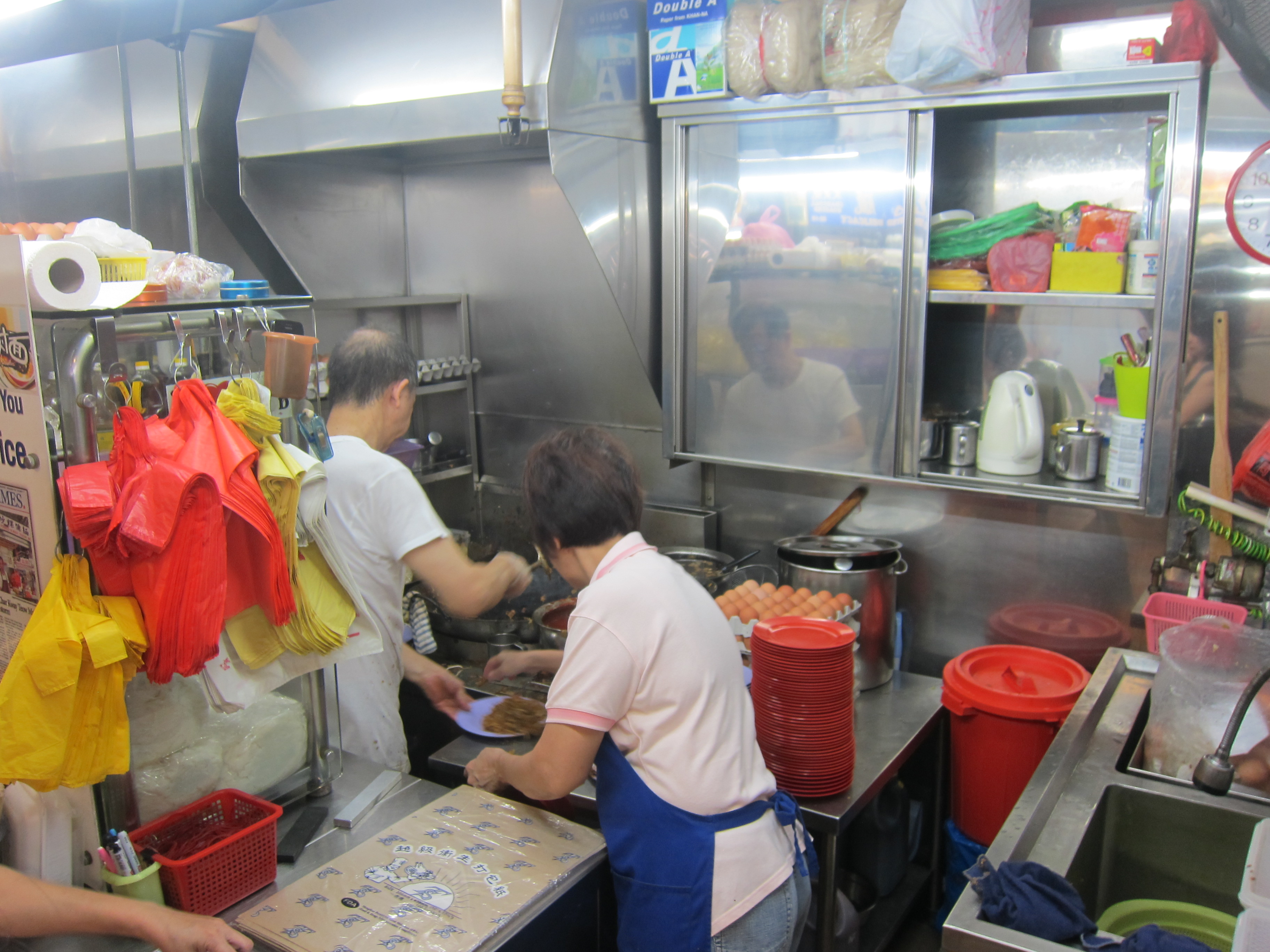 But let me tell you, it is worth the wait. These noodles are sheer perfection — not only were the noodles coated with and soaked in an incredible sauce that was salty, earthy and sweet all at once. (The best char kway teow sauce is often packed with soy sauce, cockle blood and more.) But just about every other bite came with the porky crunch of a chunk of deep-fried lard.

I have eaten many a plate of char kway teow in my life — this, truly, was the best.

In fact, here’s photographic proof of that — look at those smiles! (My former Time Inc. colleague Sachin sure lucked out that day — this was his very first char kway teow in Singapore and he happened to have the best.) 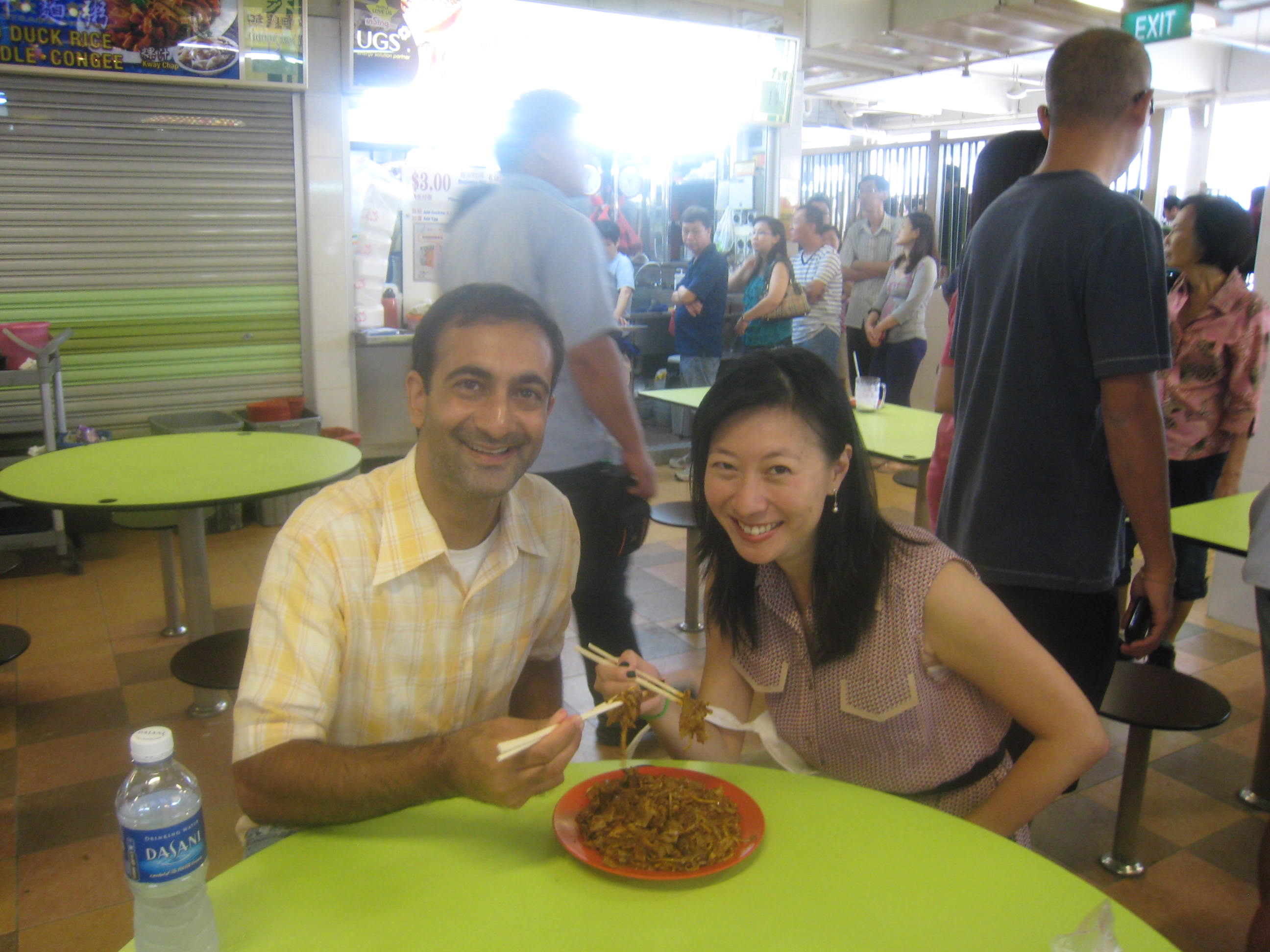 So, there you have it. I stand corrected. Which is not to say Hill Street isn’t good — it’s terrific, as always. But next time you find yourself near Chinatown, get yourself over to the Outram Park stall pronto — and bring a good book for that wait.