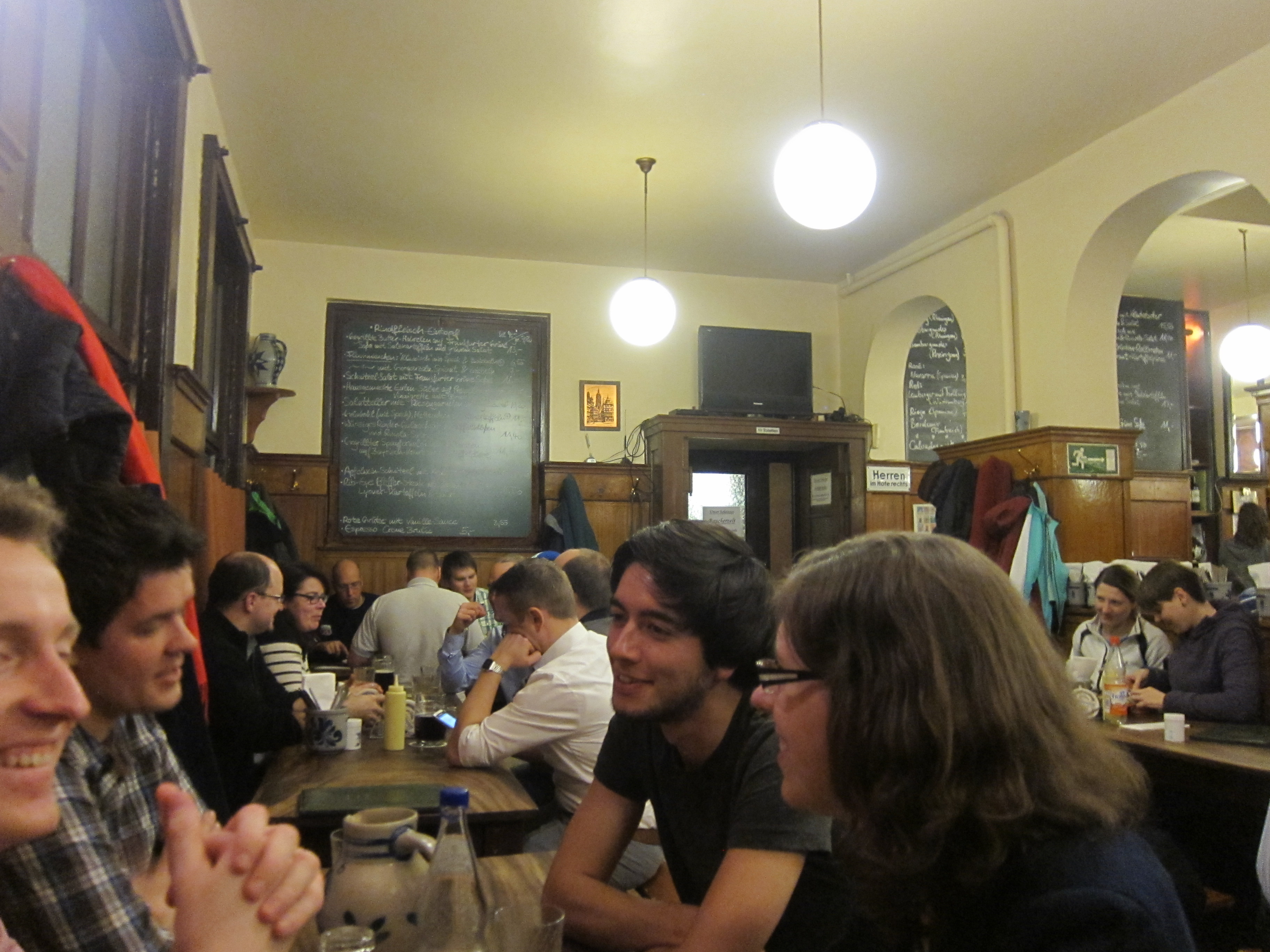 A girl’s first time in Germany and of course, old-school taverns are a must. In Frankfurt, that means one kind in particular — a traditional Äpplerkneipe, or apple wine bar. And if you’re going to check one out, it’s simply got to be Fichtekränzi.

Dating back to 1849, this place — one of the oldest apple wine bars in the city — oozes tradition. The menu is packed with schnitzel, sausage platters, pork knuckles and more, and the setting, though filled with the young and well-heeled parking their fashionable rumps on long wooden benches, is decidedly rooted in the 19th Century.

I know all this now — but before getting there, I hadn’t been told much about this place by the native Frankfurter showing me around, so I wasn’t sure what to expect as we slowly wended our way down the banks of the tranquil Main River, along a series of narrow lanes, before turning into an alley.

What lay beyond? I couldn’t wait to find out …

This was the first sign in the darkness that something was in store. 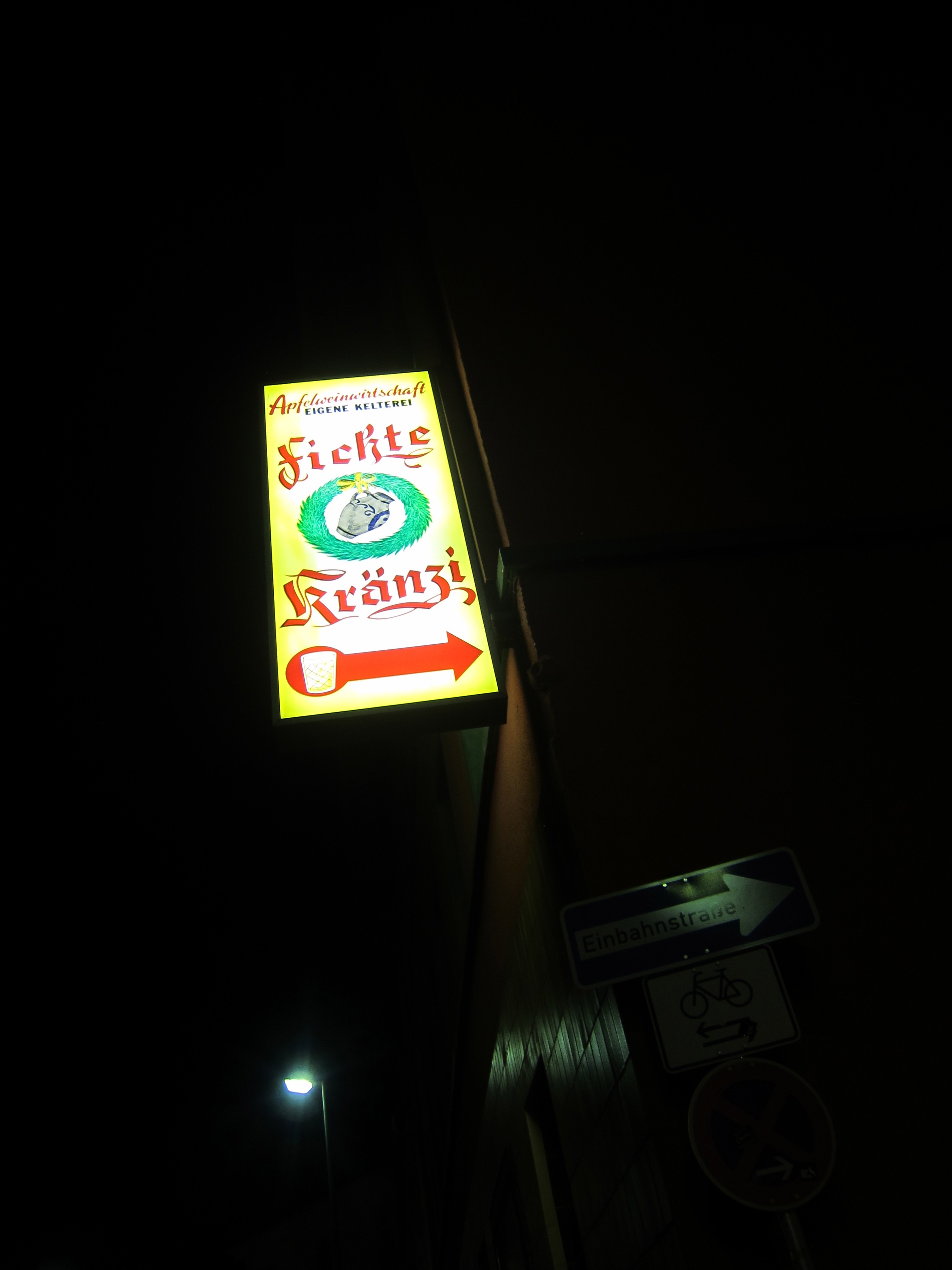 The name and logo of the restaurant is all about apple wine, the local beverage to have. For hundreds of years now, a ring of intertwined branches of spruce — fichte — apparently has conveyed that an establishment served apple wine.

And once we got inside, it was clear from the pitchers on tables that many were there to enjoy it. 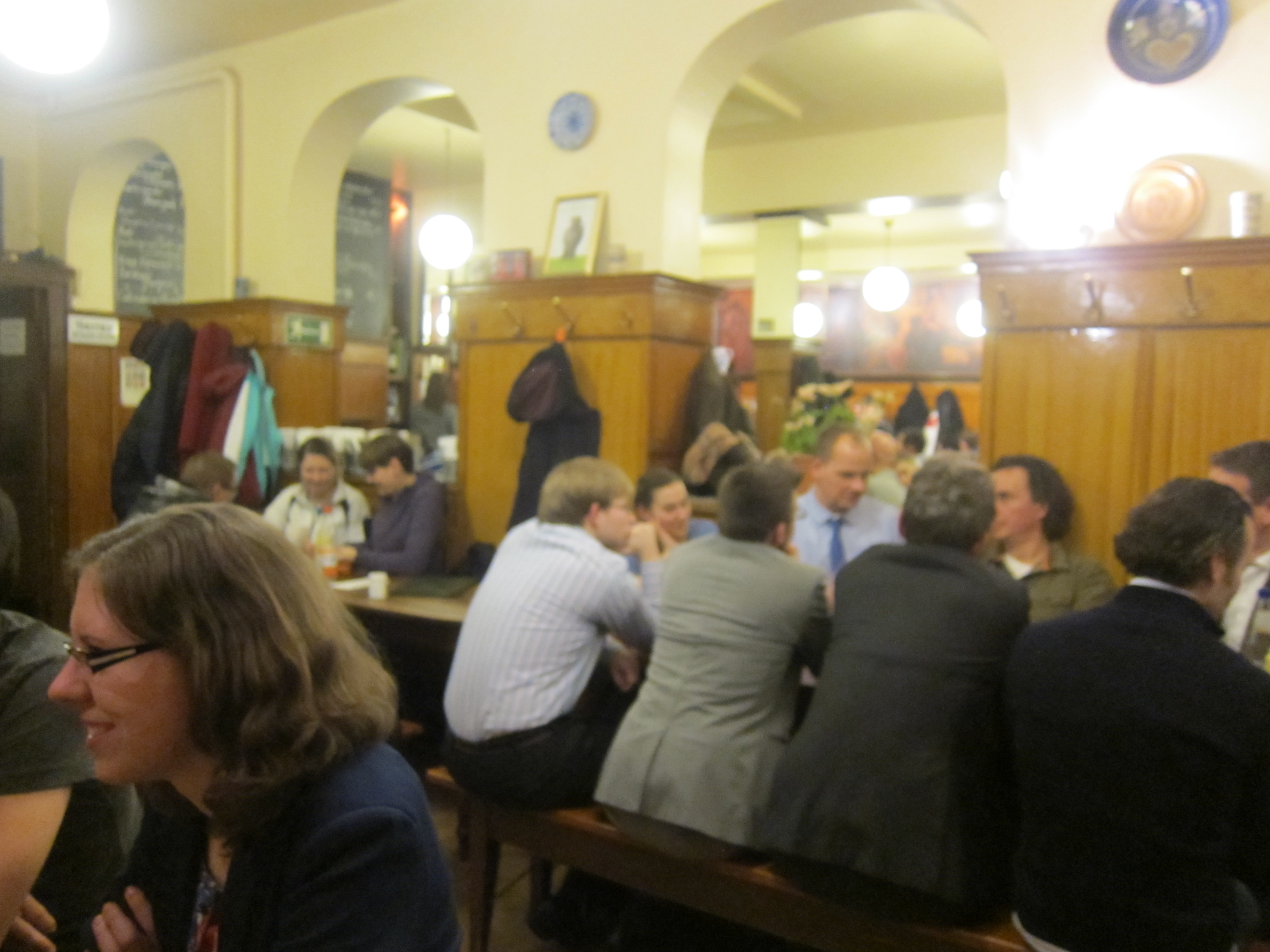 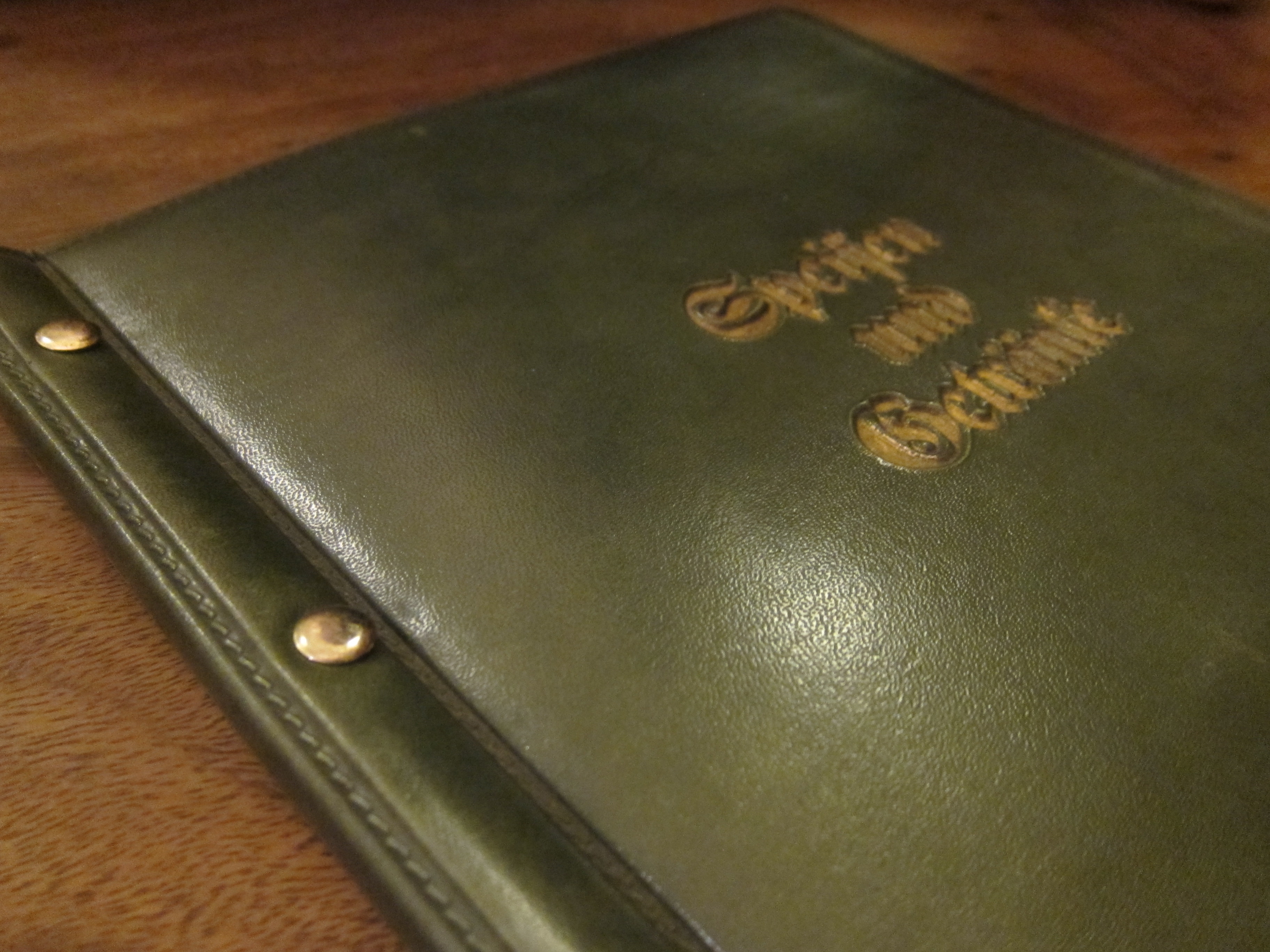 We knew what we wanted to drink without looking, of course: Apfelwein. (Jugs cost 5, 7 or 10 Euros.)

You can have this two ways — sweet (mixed with Sprite) or slightly sour (mixed with Seltzer). I’m more a fan of tart than sweet, so Seltzer it was and this was delicious. The taste is not so much like an American or British cider — more like a subtle apple-tinged wine. The addition of Seltzer amps up its energy a little, giving each sip a pleasant zing. 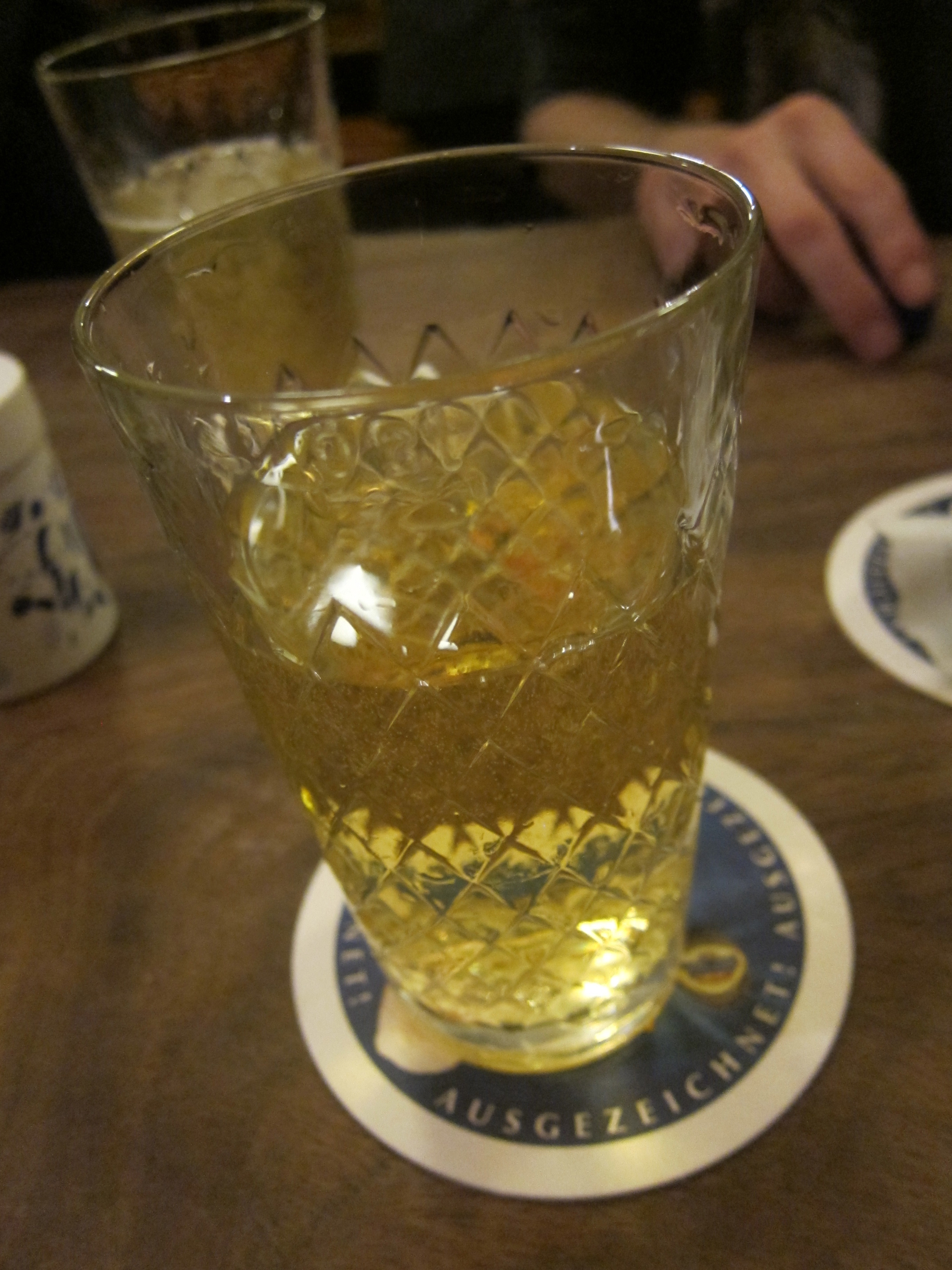 What to eat with it? Another local specialty — handkäse mit musik (2,80 E), which is a local cheese topped with a mound of grated onions marinated in vinegar, the “music” that gives the rather bland cheese some oomph. (Or, as my local dining companion suggested, the name may allude to possible post-handkäse mit musik eruptions. But, let’s not dwell on that.)

Following my host, I took some bread, slathered butter on it then topped it with cheese and onions — which made for a total flavor bomb. Each bite was a delight. 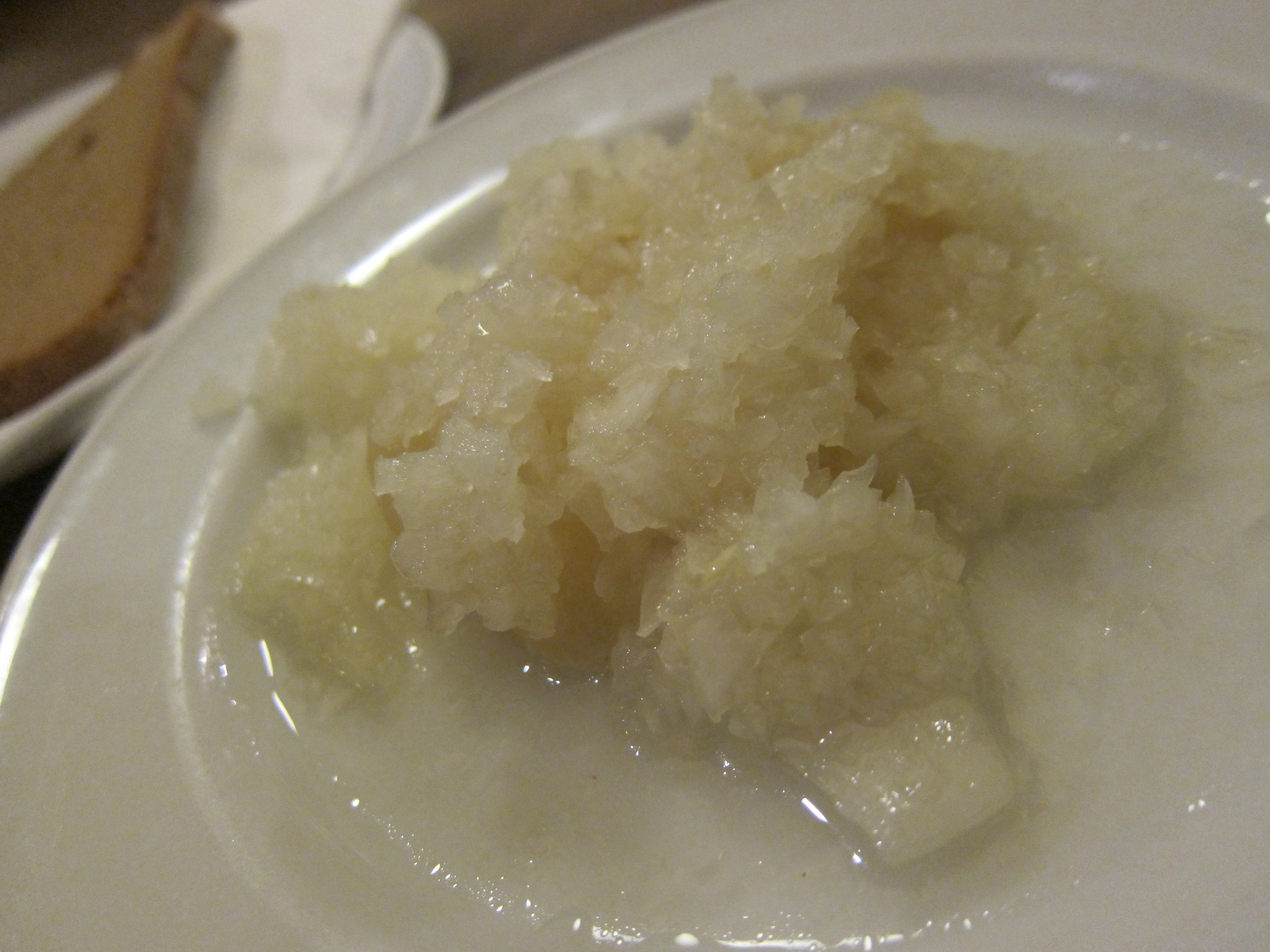 It was only after that disappeared in a flash that I discovered the caraway seeds on the table, meant as a condiment for this — and many other dishes. 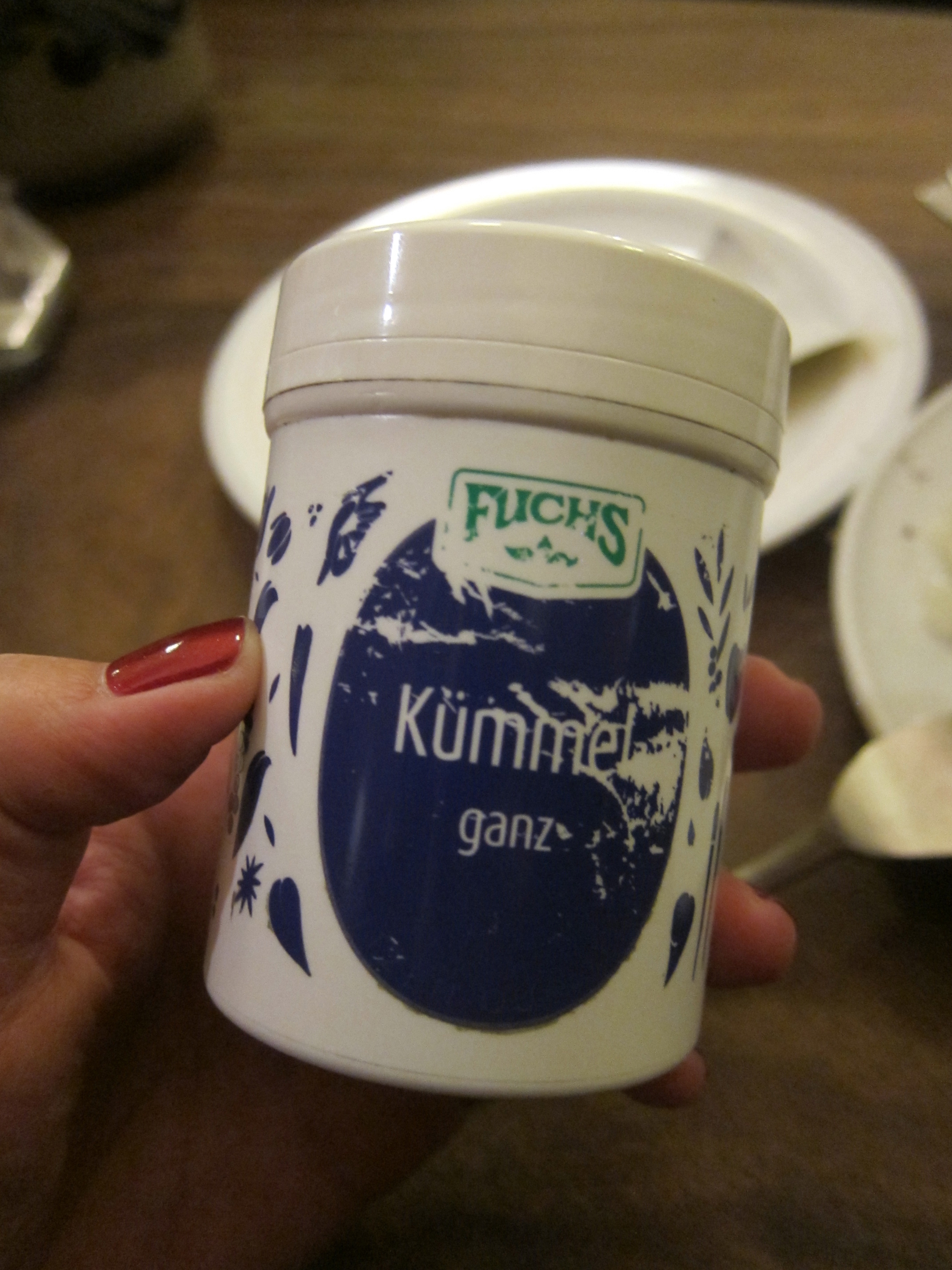 When a famished friend joined us, we knew more food had to come. So, next up was the Butcher’s Platter (7,30 E), which featured a blood sausage, pork sausage, and boiled meats on a bed of sauerkraut, paired with mashed potatoes.

The meats were delicious but the mash was absolutely divine. Intensely creamy and buttery, they had a serious melt-in-your-mouth quality. I could not stop eating it. 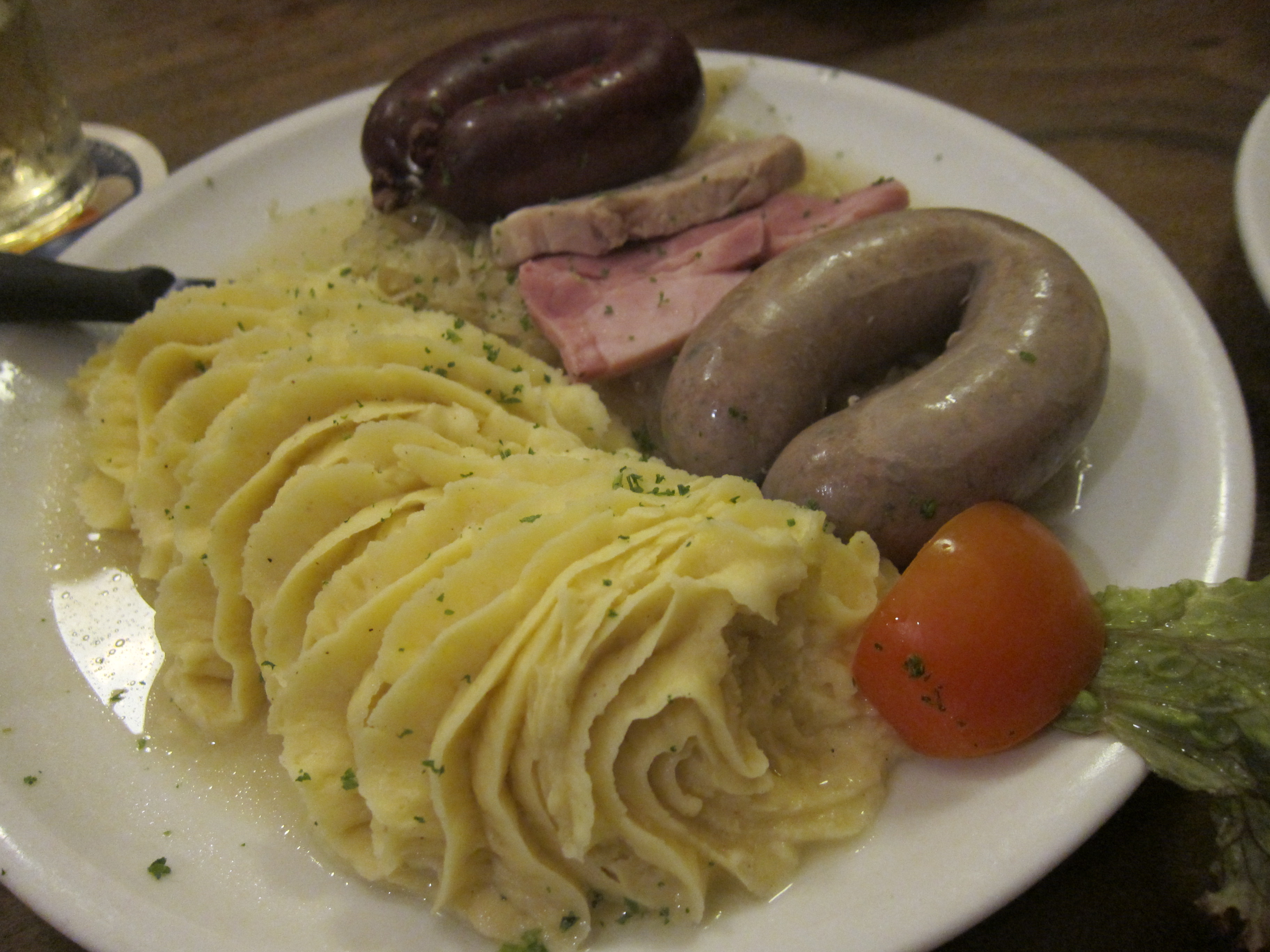 Which was why I was delighted when our suckling pig special showed up with more mash on the side, too.

Now, as much as I had liked the sausages, this dish, I absolutely adored. The pork was done perfectly — incredibly crispy on the outside and tender and juicy within. And so, so flavorful. It was terrific on its own but outstanding paired with a bit of mash and some cream sauce in a mouthful. 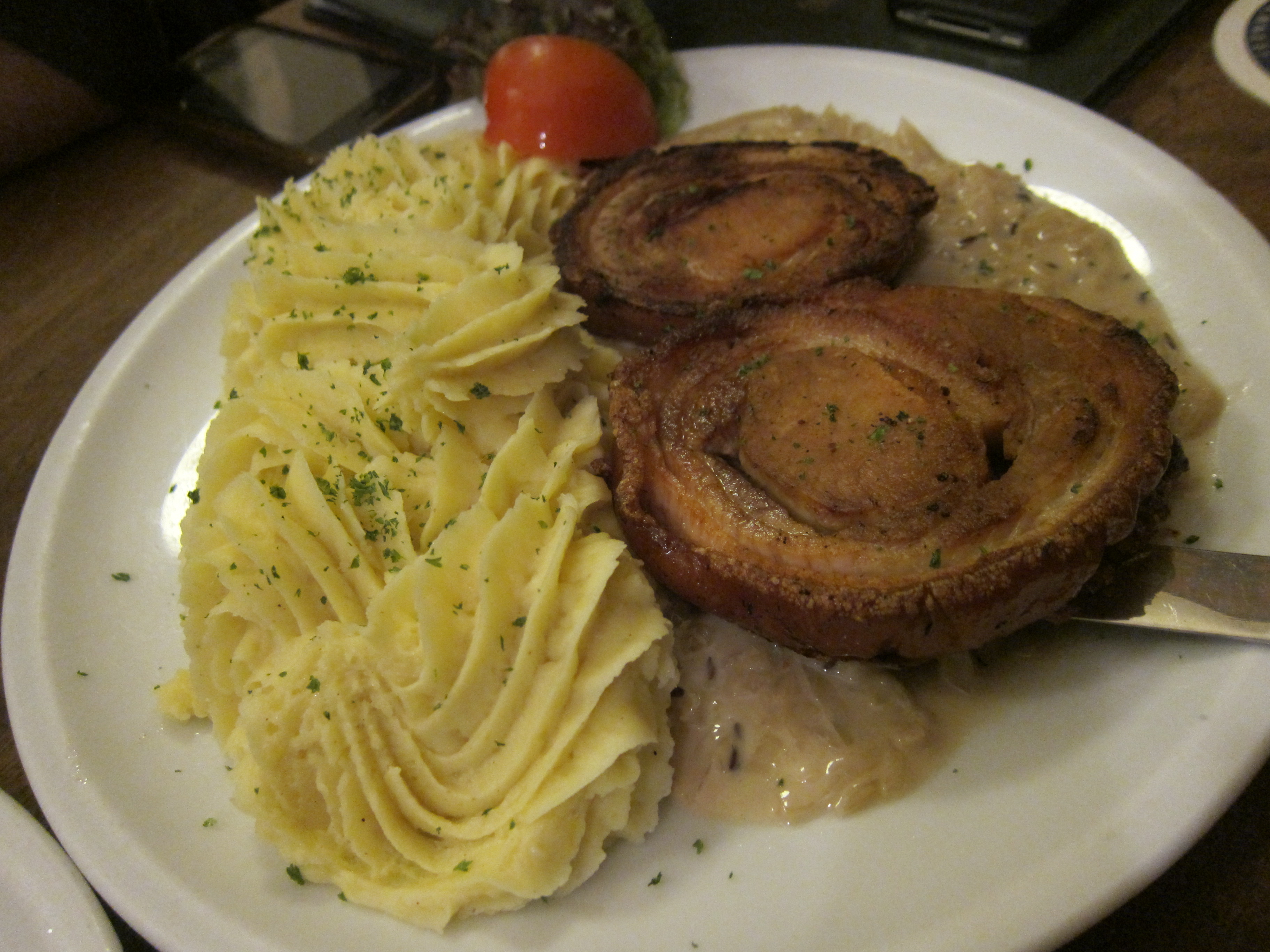 One would think that a meal like this might make you feel too heavy. That’s where the apfelwein comes in. The fizz is a nice foil, and its subtle tastes, a perfect accompaniment.

It’s really not hard to see why this place has been around for 165 years.