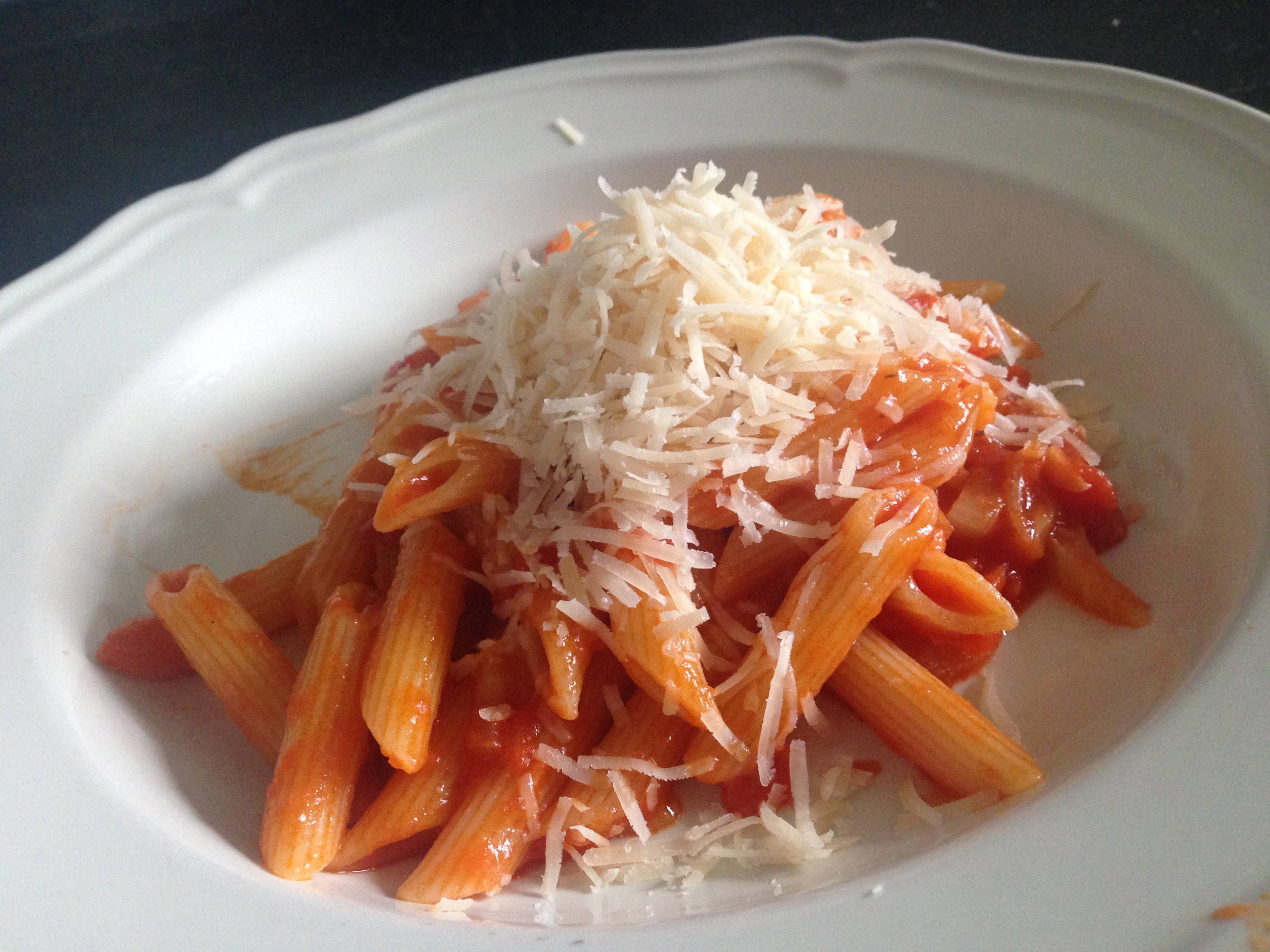 The best summer days are like delicious meandering daydreams.

The thing about being adrift, slipping from salty stroll to hours lost in rediscovering an old love of a book, is that supper hour suddenly nears and the reverie is interrupted.

Dorset boy has a plan. The pantry is almost bare, but the few things can prove useful: Fennel, garlic, tomatoes and penne.

Out comes the chopping board, and away we go … 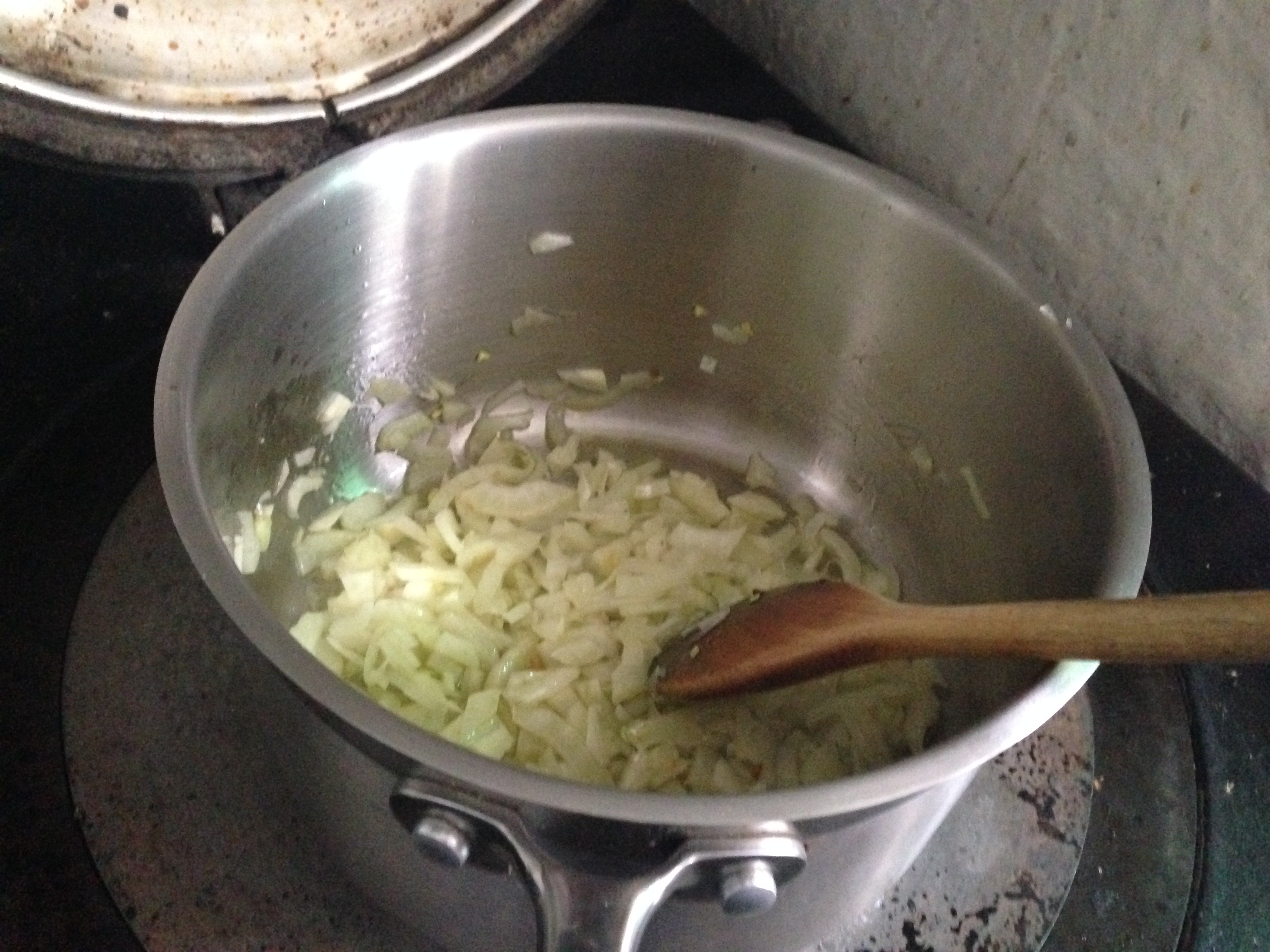 … and when that’s all nice and softened (and fragrant), in go the canned tomatoes (after they’ve been crushed a little). 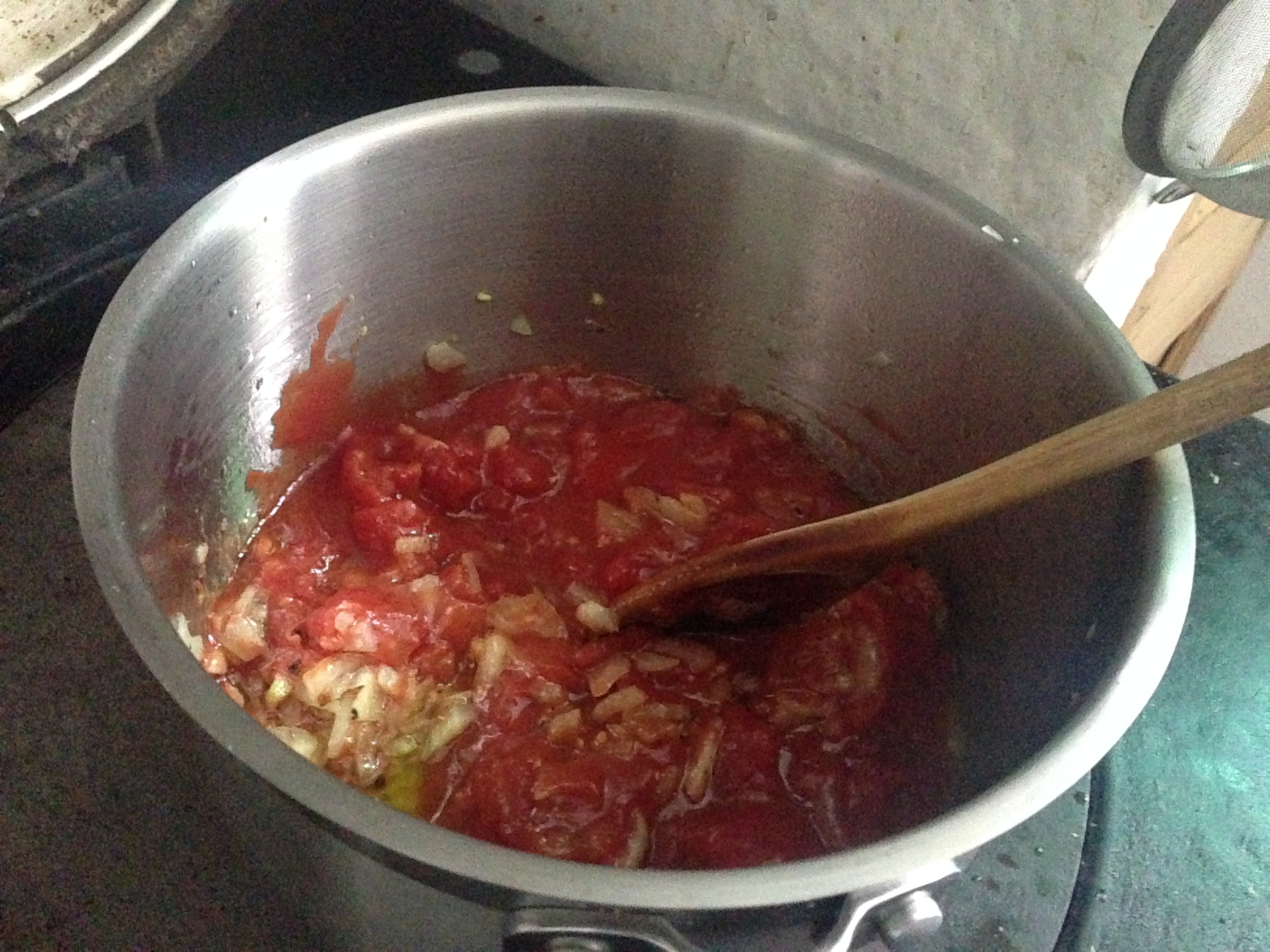 While this has all been happening, you’ve been cooking the penne on the side. So once the gravy is bubbling and the flavors have had time to mingle nicely, you’re ready to eat.

Just toss the penne in the gravy, grate some fresh parm over it and dinner is served. And it is fresh, simple and very very tasty.

Dorset boy’s brow furrows when I ask him about the “recipe.” He likes fennel — as do I — that’s why it happened to be in the pantry. “You must say,” he starts to volunteer, “that you can use onion if you want.”

But I’d rather not over-explain something that really shouldn’t be dwelled on for too long.

And that’s the best thing about summer meals — the quick and lazy ones, that is. There’s not much thinking, really, just looking, doing and enjoying — a little trip that ends up being just as delicious as it has been meandering.

Boil pasta according to package directions, drain and set aside.

Heat a couple of tablespoons of olive oil in a saute pan then add garlic, frying it quickly for less than a minute, then add fennel, stirring to mix it up. When that’s softened slightly, add tomatoes and chilis and stir. Bring that to a boil then toss it with pasta and serve, topped with parmesan.