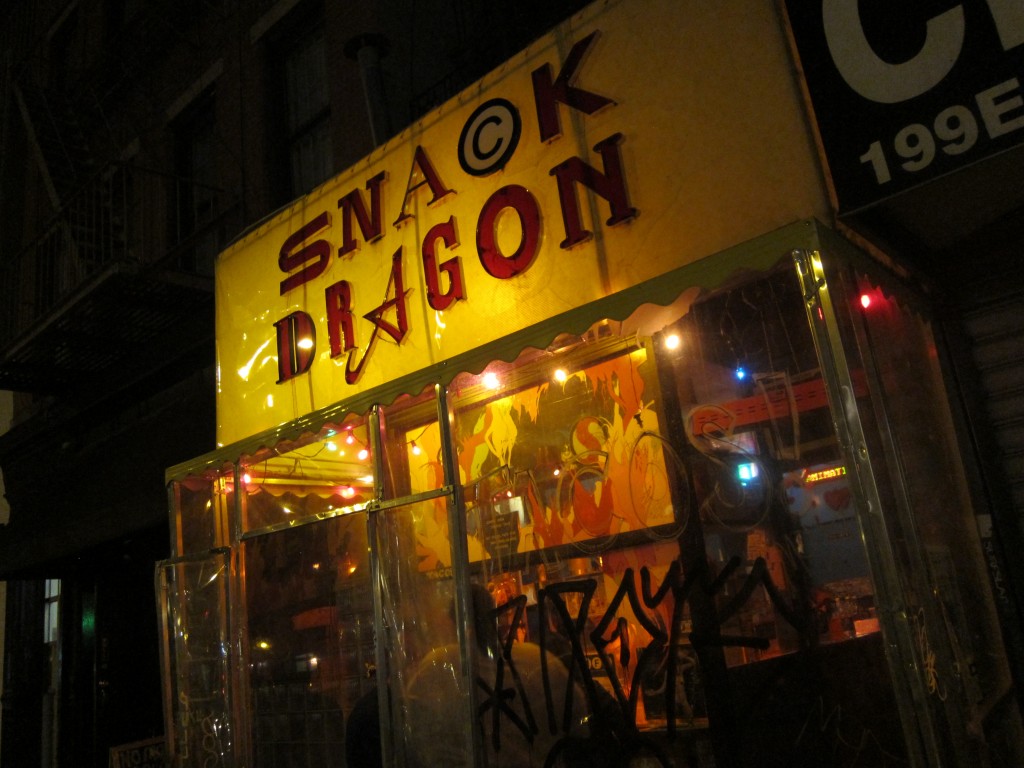 At Snack Dragon’s East Village location — its original one; a second is in the Lower East Side — the operation is tiny.

Designed to essentially be a stationary taco truck with a drive-through sensibility, Snack Dragon comprises a little kiosk of a kitchen, a window through which you can place your orders and a handful of stools.

Late on a Thursday night, it’s a one-woman operation. You place your orders and she quickly slaps your tacos together as you watch. 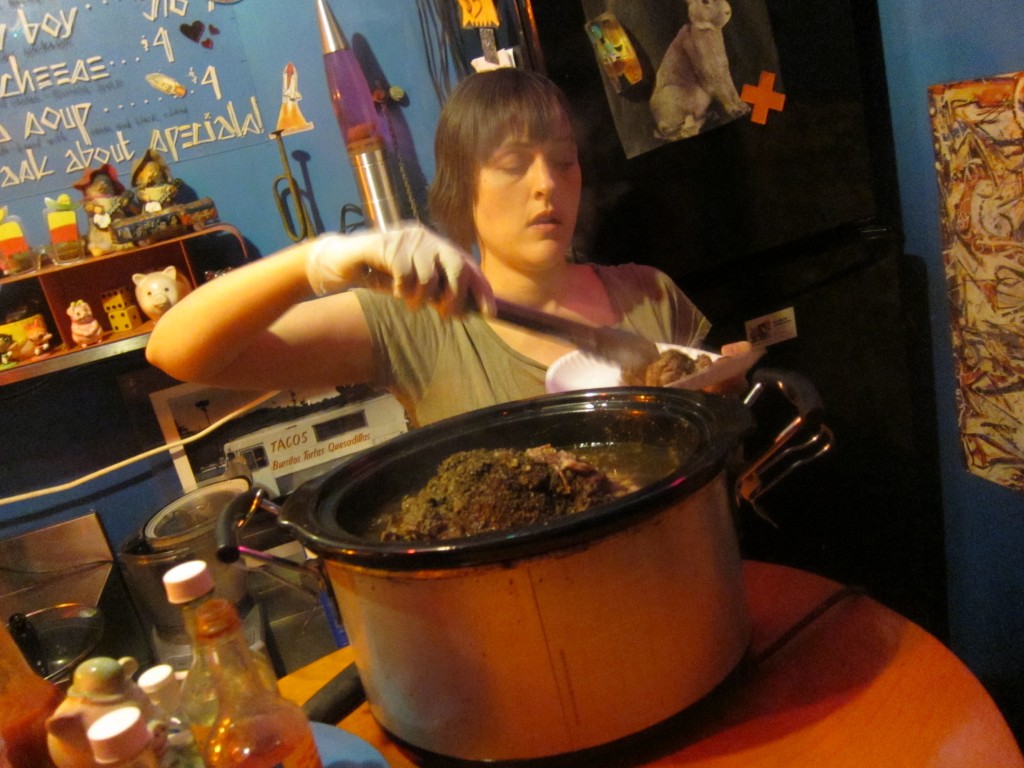 The tacos, ranging in price from $3 and $5, come with toppings that include grilled sole, chorizo and red pepper- and cilantro-speckled pilaf. (The stand last year unveiled a Thai-influenced taco featuring pork braised in tamarind sauce, five-spice powder, garlic and coriander — unfortunately for us, that wasn’t on the menu that night.) 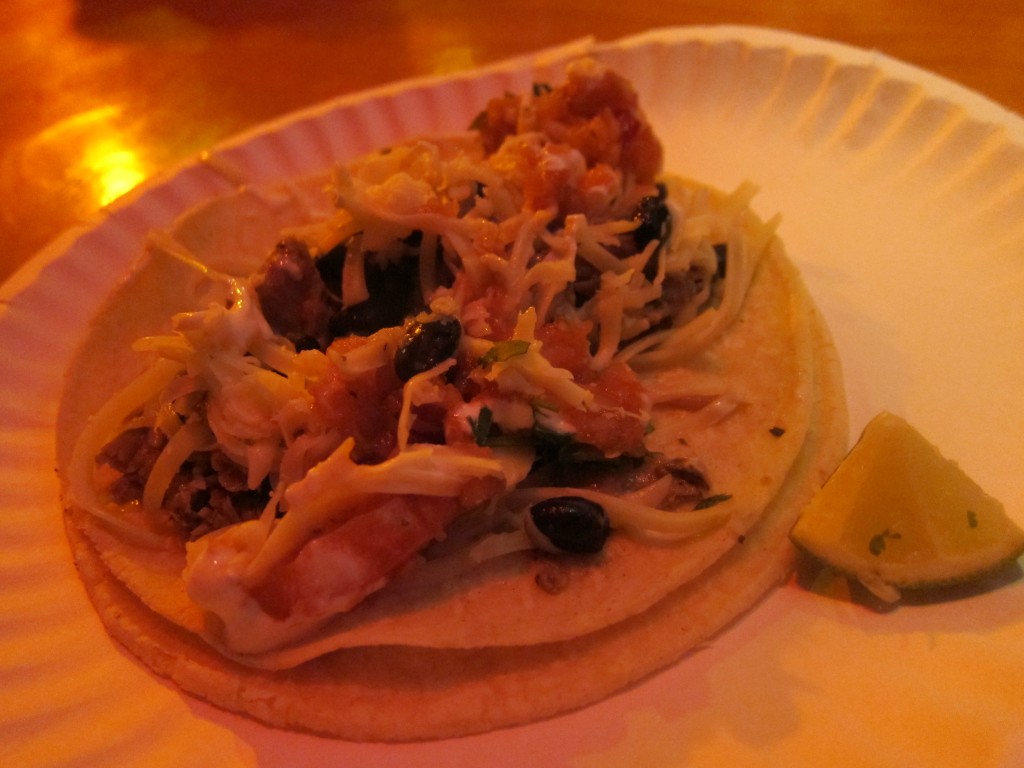 Of the ones we did try, two stood out: the $5 carne asada, comprising blue corn tortillas topped with chunks of steak that’s been marinated in a citrus-chipotle marinade. The steak, which our taco lady chopped to order right in front of us, was tender and just lightly tart.

The favorite of the evening, however, was the $4 “Freshly Slayed Dragon Tacos,” of which the star was the deliciously falling apart slow-roasted pork braised in a citrus marinade with herbs, pineapple and various spices.

Also on our must-list were the Nacharitos, an open-faced double-decker sandwich of crispy yellow corn tostadas packed with black beans, cheese, salsa, sour cream and meat. ($3 to $5, depending on the filling.) 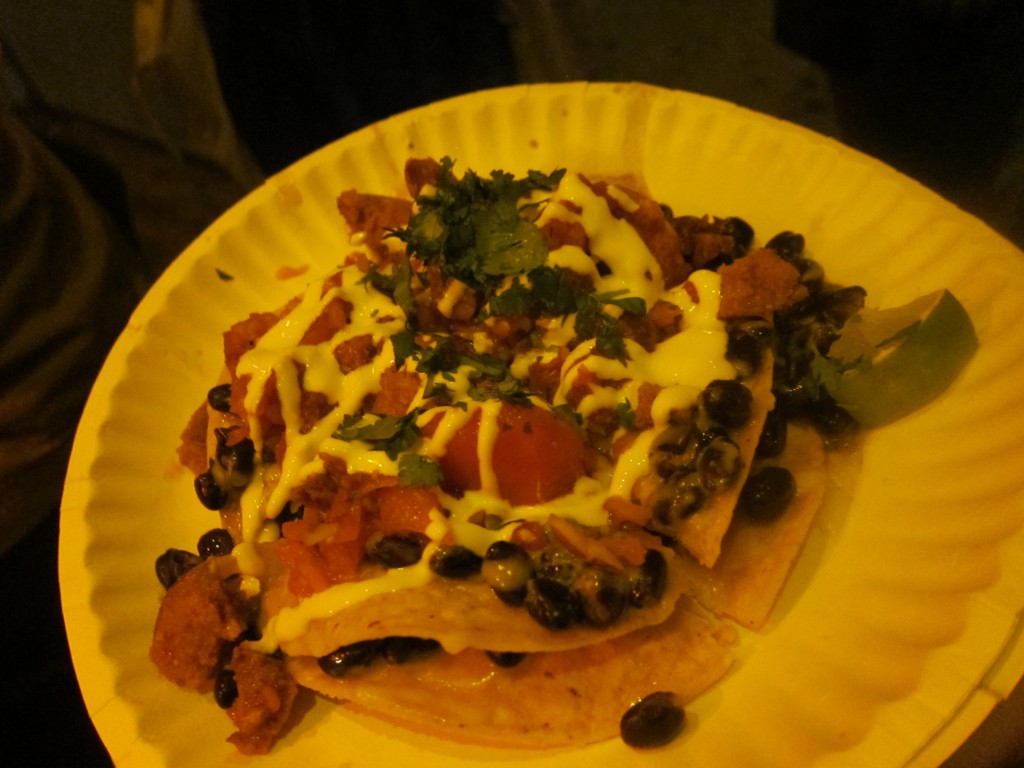 Granted, at $3 to $5, these tacos are a little pricier than the $2 tacos you can find in various New York food trucks. But that’s a price we didn’t mind paying for being able to park our tushes in a comfortable spot for a moment while admiring the owner’s excellent taste in music. 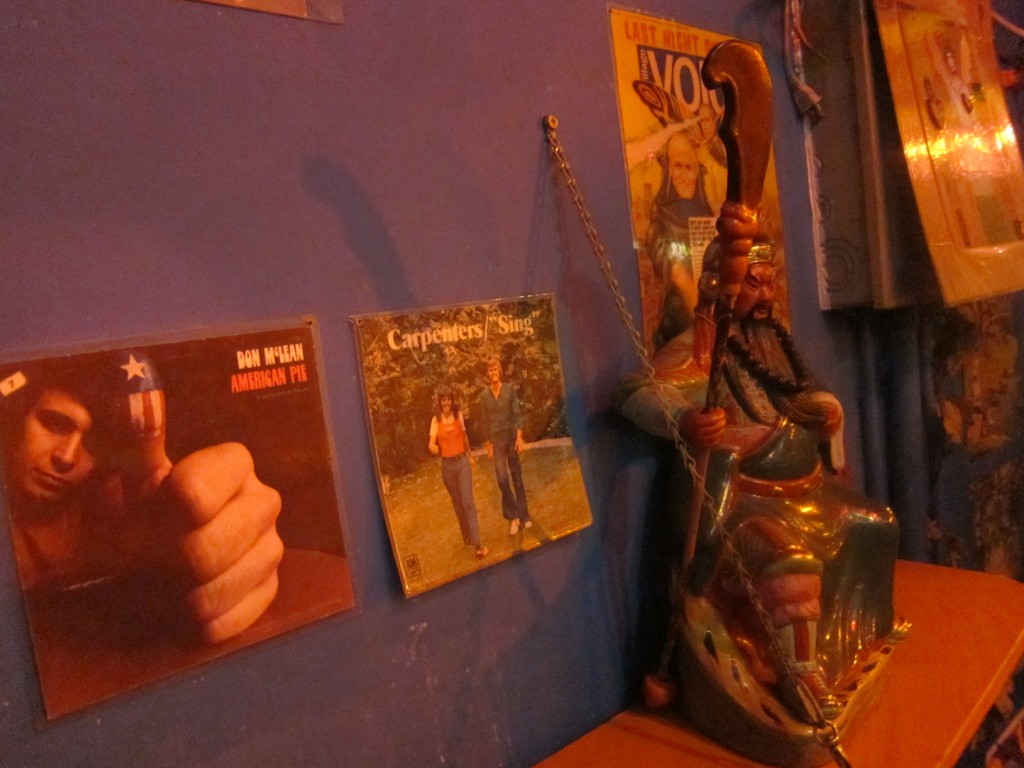 Being able to sit has its drawbacks, however. The moment we were done with our meal, we found ourselves mesmerized with the taco-making show that continued to unfold before us.

The smells were irresistible. Before we knew it, a second round was fast on its way.