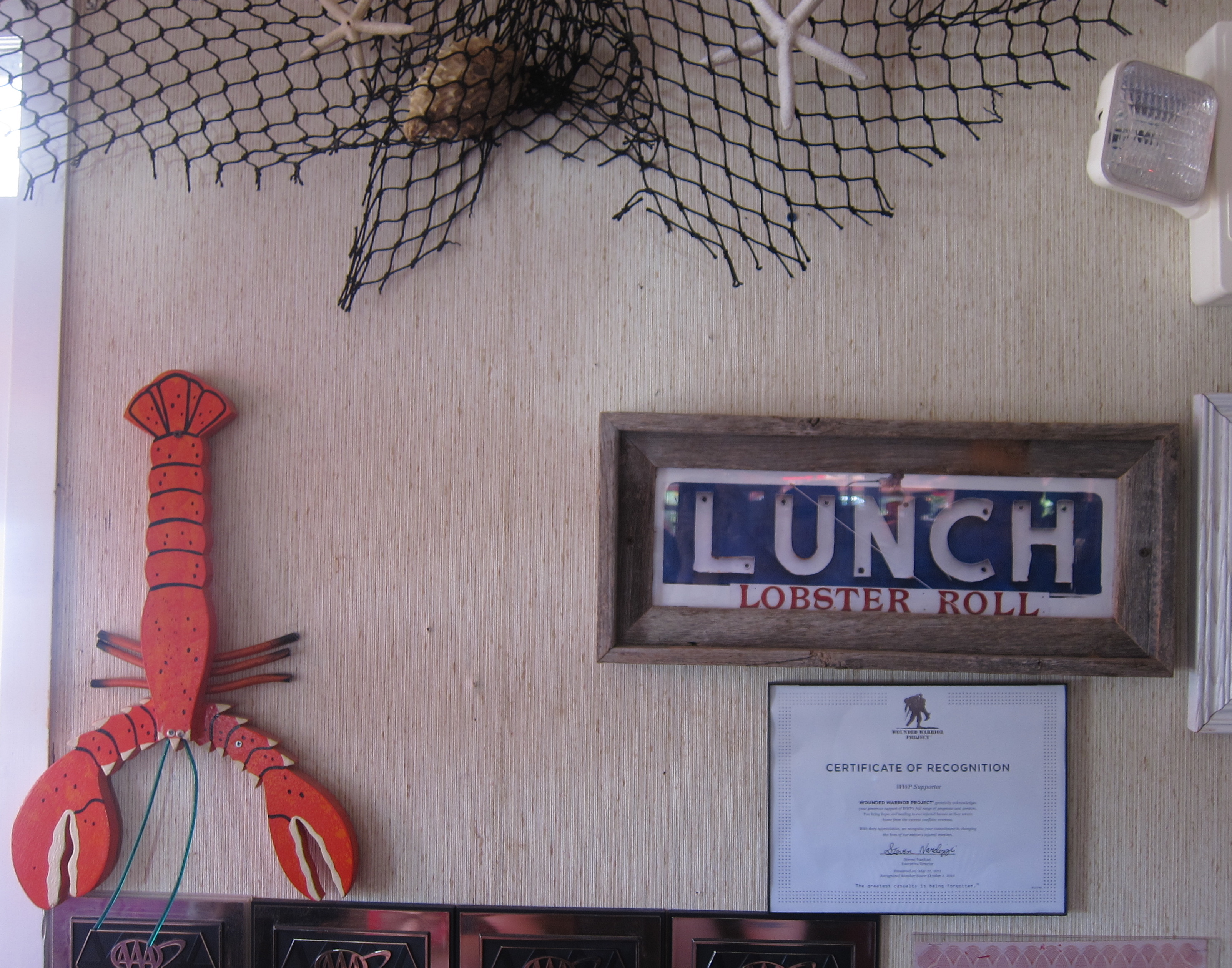 It’s hard to mention visiting the Hamptons to anyone in New York City without them assuming you’ve been to the Lobster Roll.

This festive roadside shack in Amagansett has been serving up lobster rolls to year-rounders and the well-heeled beach set since 1965 — clearly, the folks there are doing something right.

After years of visiting the Hamptons, I was starting to feel it was a little remiss to not to at least try the place once. So on a recent summer weekend at the beach, chef Simpson and I decided to take a break from cooking and headed over to Amagansett …

The Lobster Roll is hard to miss from Montauk Highway — just look for the red, white and blue roof, topped with a giant “LUNCH” sign … 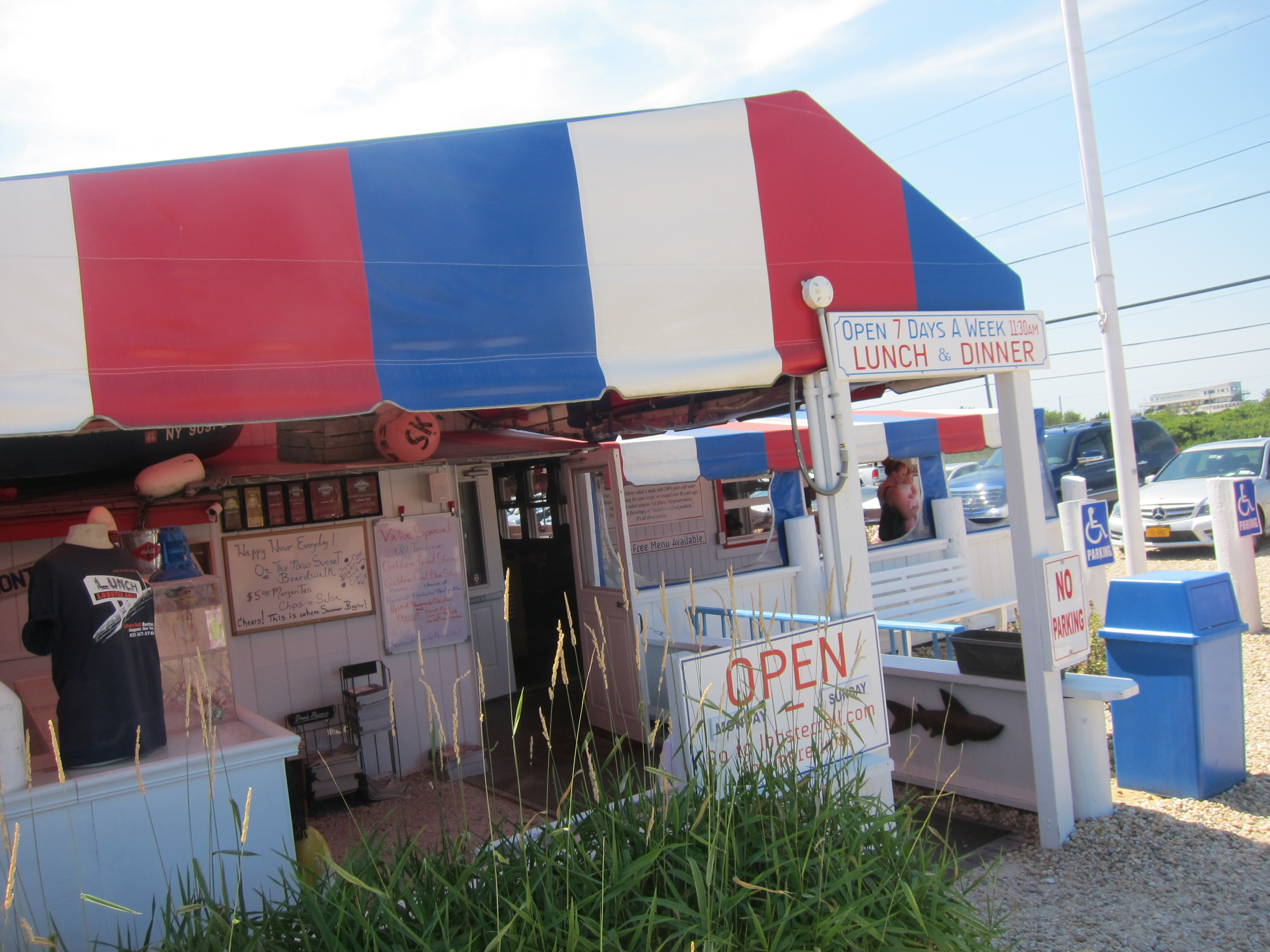 … or the packs of cars and people outside at lunchtime waiting for a table. (This photo, in case you were wondering, was taken in the late afternoon.)

The best seats are outside … 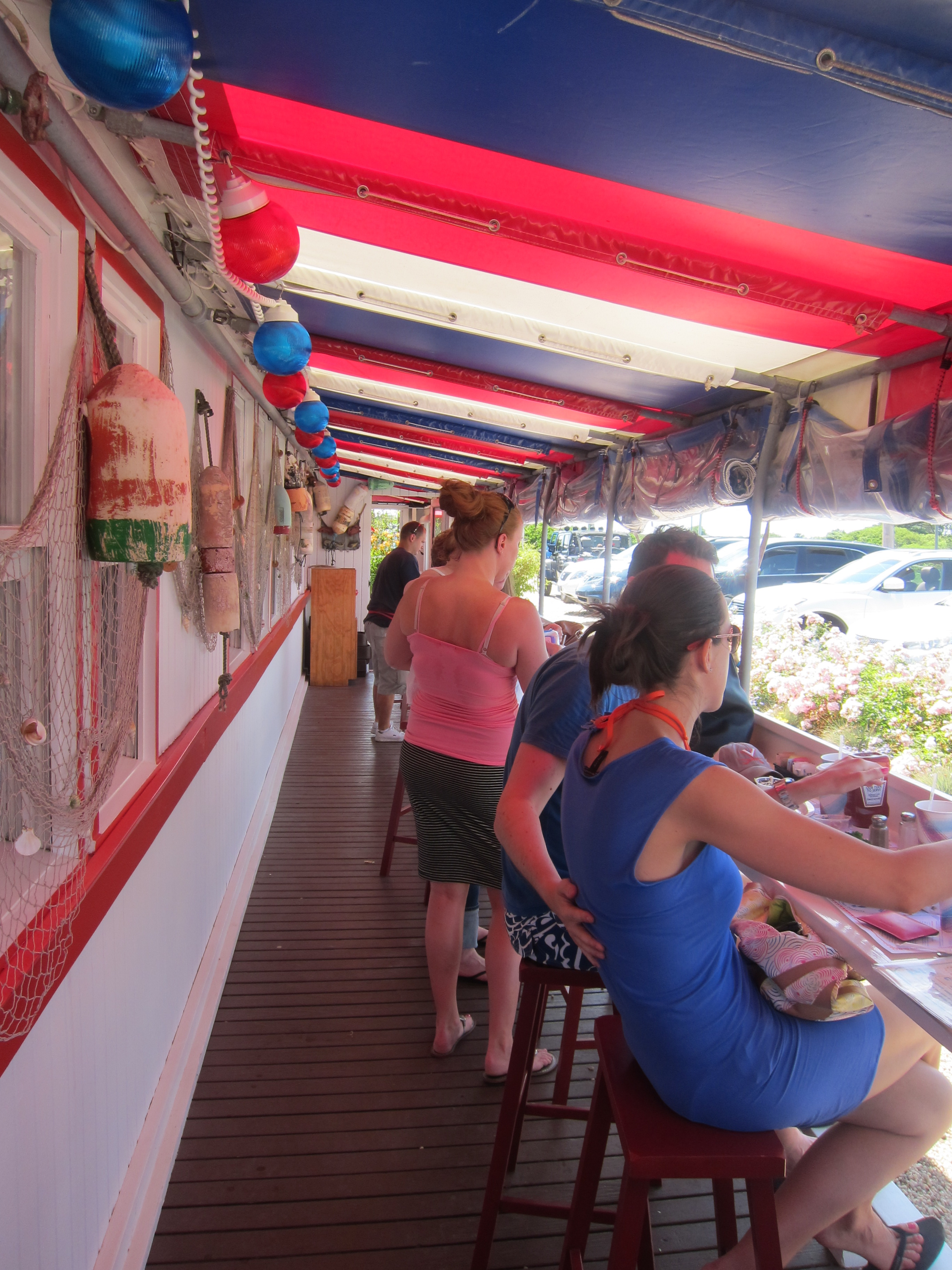 … but they’ll mean a longer wait. (We can vouch that the inside isn’t bad either.)

What to get? We began with the crabby seafood dip ($12.95) — a spicy blend of cheese, crabmeat, artichokes and peppers that was served hot from the oven and delicious when eaten right away. (Seriously, if you get this, don’t wait — once coagulation sets in, it’s all over.) 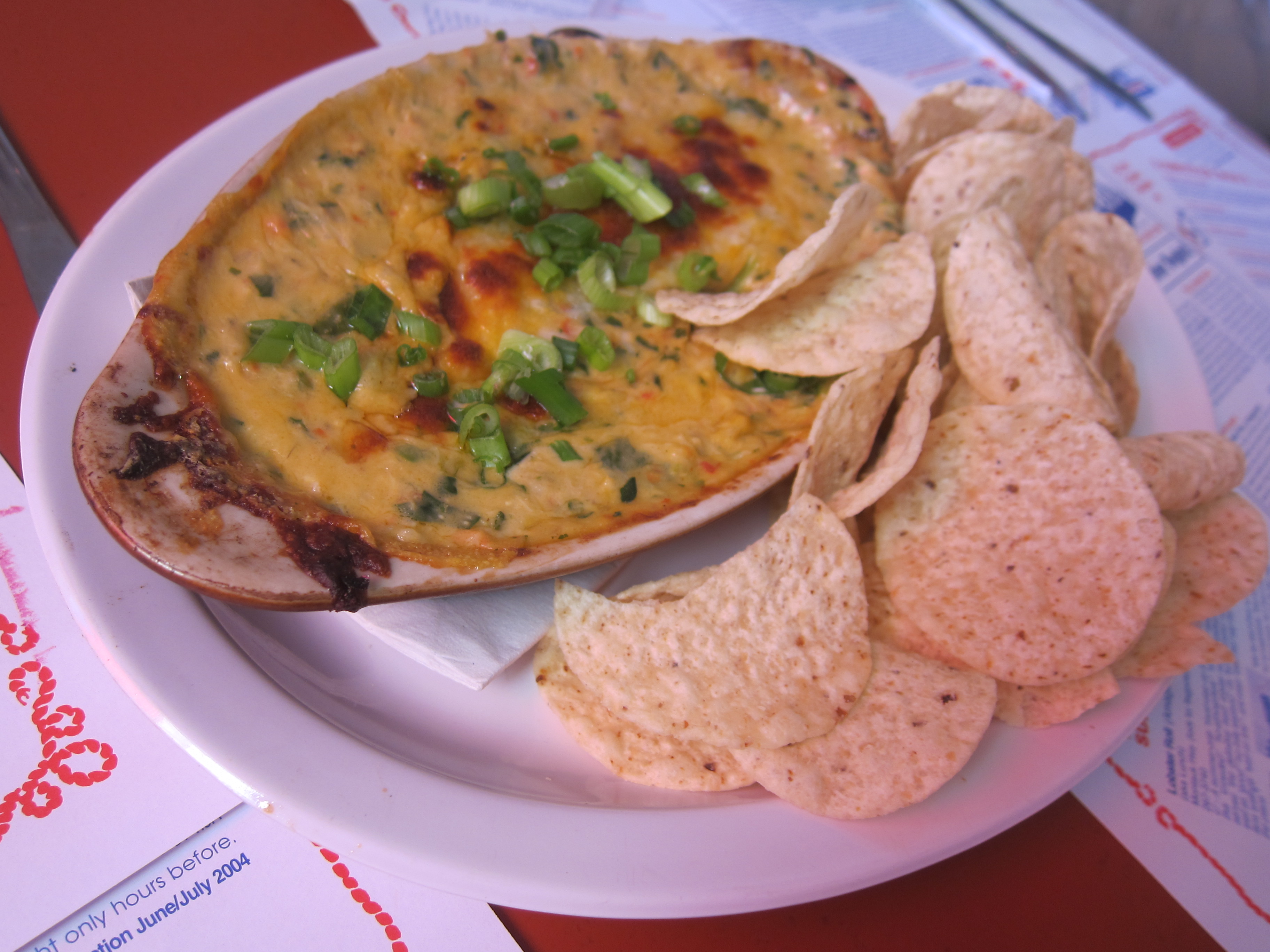 After this promising start, things went a little awry — the fried clam strips sandwich ($11.95) turned out to be a lot of not terribly flavorful breading on a not-very-well-toasted soft roll. 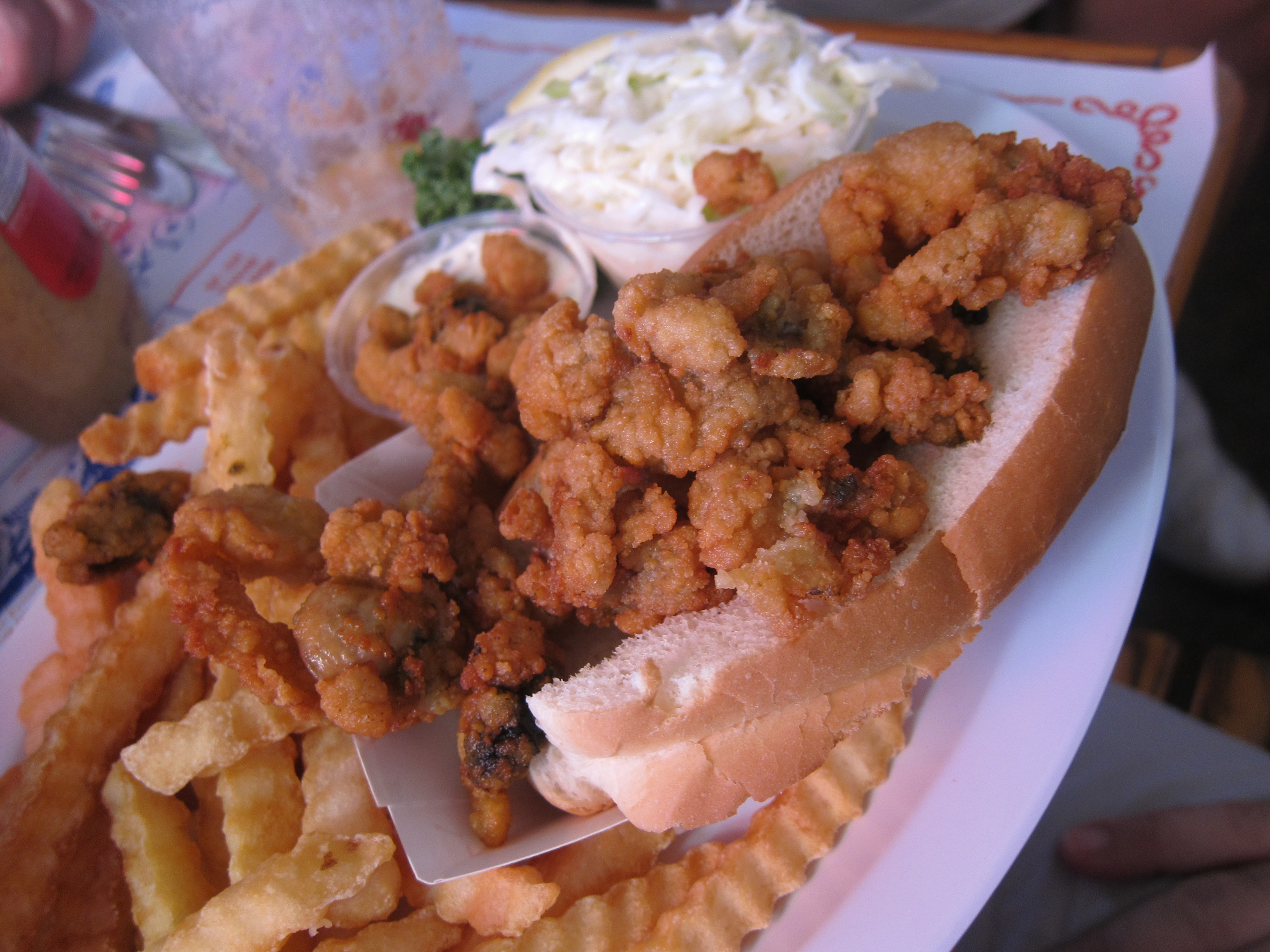 The fish and chips ($17.95) — cod dipped in tempura batter and deep-fried — were a little better, though certainly not memorable in any way. 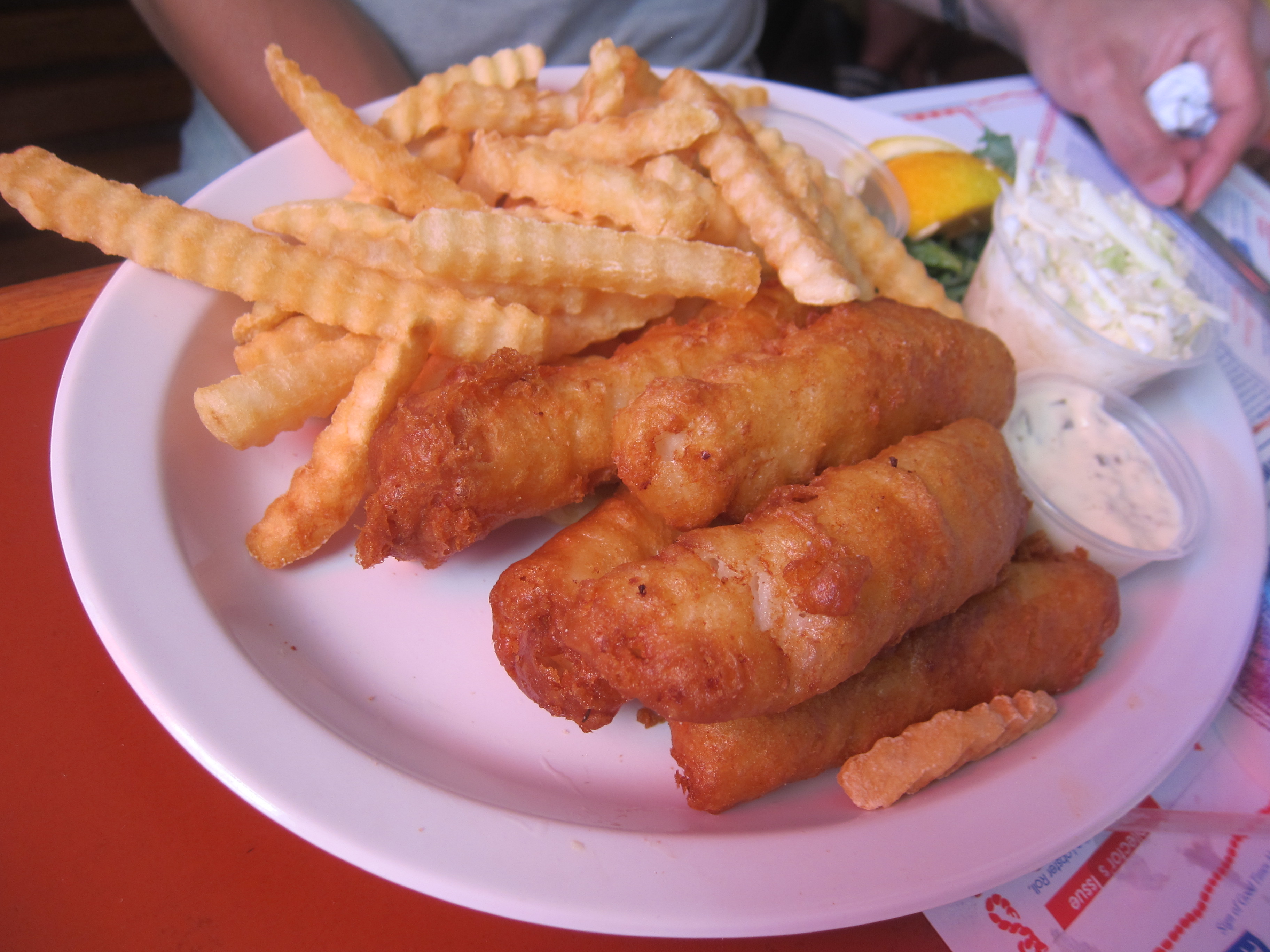 Of course, the lobster roll intrigued us. Once summer is even barely on the horizon, I start craving the stuff back in New York. Pearl Oyster Bar, Mary’s Fish Camp, Red Hook Lobster Pound — I’ve bellied up to their counters more times than I can count.

My issue with many New York lobster rolls is often the same — too much filler, too much sauce, all of which tends to cloud the briny taste of fresh lobster that makes the sandwich so perfect for sweltering days.

So I was surprised when the Lobster Roll’s version ($23.95 with fries) had none of those flaws. The lobster had just enough of a sauce coating, allowing the meat to shine through. And the roll was just packed with the stuff. (My one quibble with it was that I wished the roll had been crisp from getting lightly toasted in butter the way Pearl and Mary back in New York City do it.) 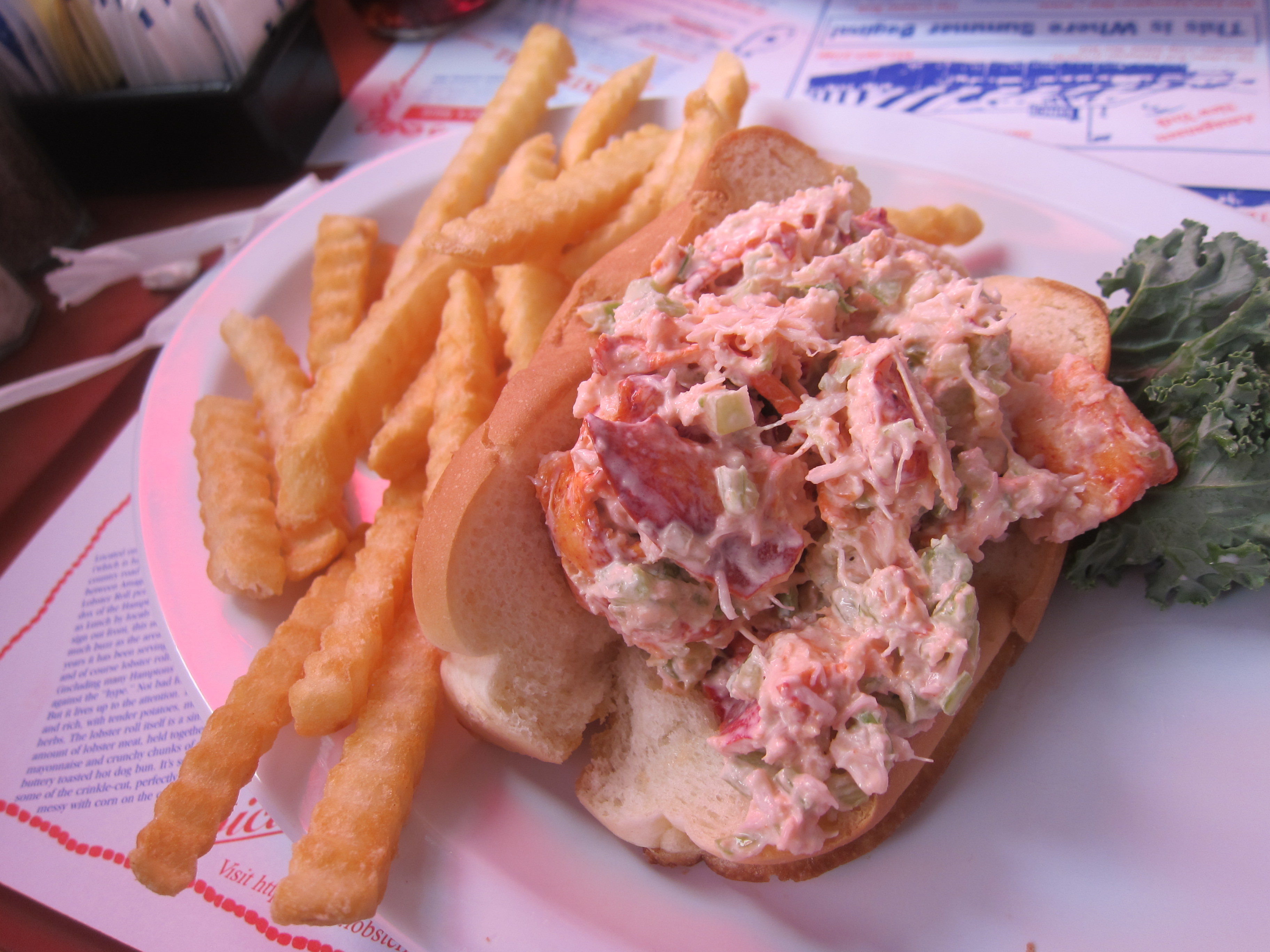 So there you have it — the Lobster Roll, finally checked off my list. Would I go back? Certainly. After all, the very next day when I told a fellow New Yorker I had finally made it to the place, his first response: “Great! Did you have the pie?”