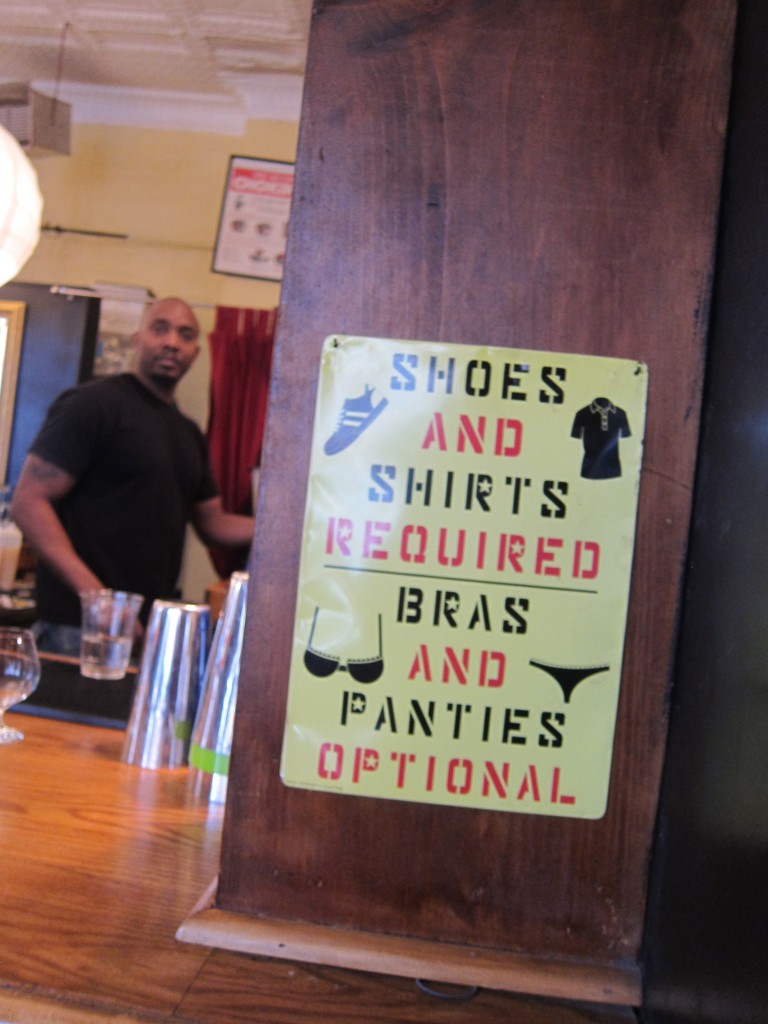 It’s hard to resist a challenge when you read in the papers of a Southern restaurant owner boasting that his spicy fried chicken is so hot that it “will kick you in your face and make you cry.”

Anyone who’s been to Singapore or sampled real Singaporean food knows that my people don’t shy away from spice. My mother, in fact, has been observed eating the tiniest, spiciest raw chilis– like candy.

So when the sister was in town recently, we immediately set off to see what all this making you cry business was all about.

With Singaporean blood coursing through us, this chicken couldn’t possibly take us. No, we would take it.

Now, if you clicked on the link above, you might note that the name of the restaurant in the piece is slightly different from the name listed on this blog post.

If you did, congratulations! You are far more eagle-eyed than we were. After persuading a friend with a vehicle to drive us to the restaurant, we realized, only after sitting down, that it was Peaches Hothouse that we wanted, not Peaches, its sister restaurant.

We had, however, traveled a full 10 minutes to get to Peaches in Bed-Stuy and the place did look (and smell) awfully inviting. 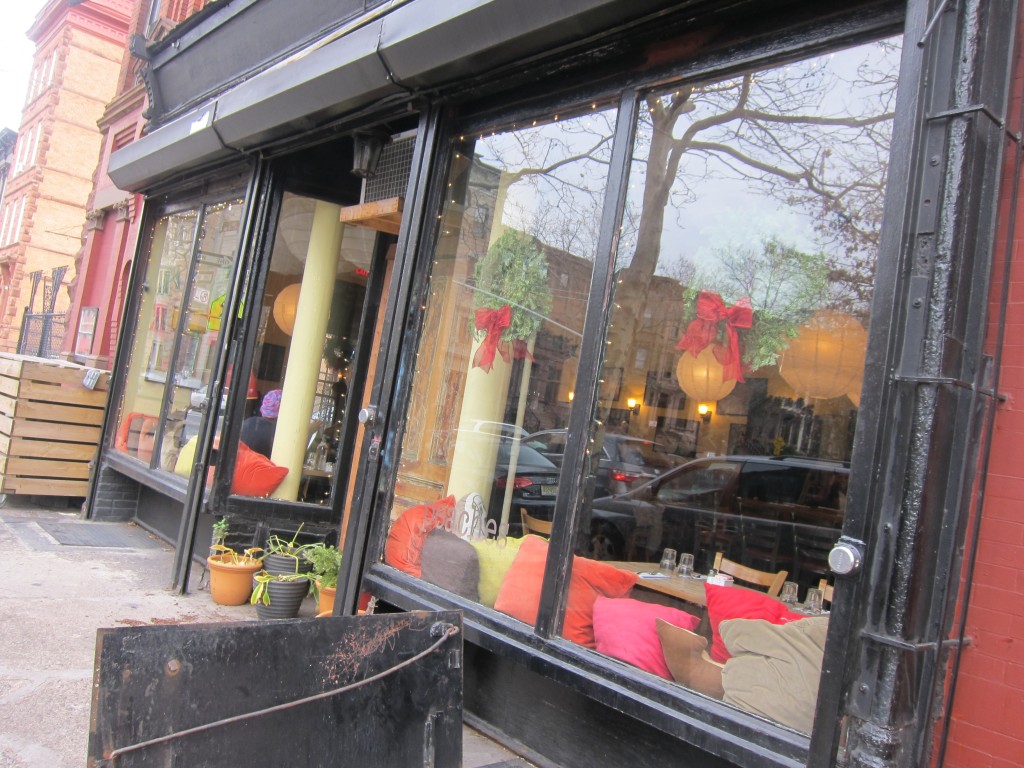 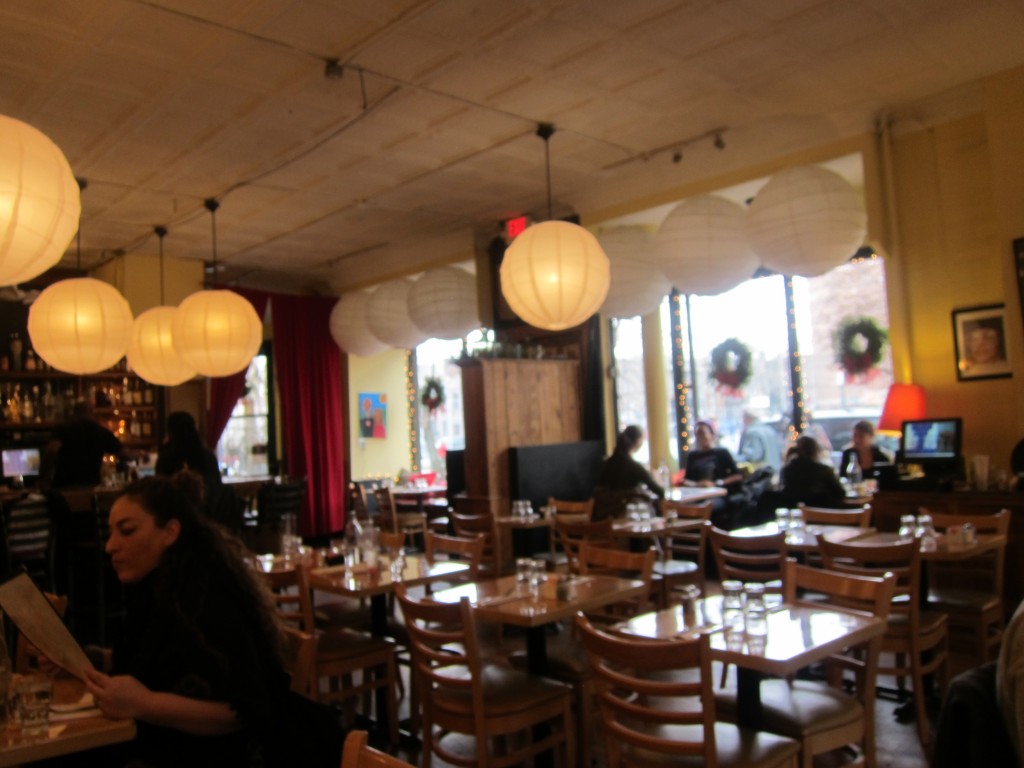 The smoked chicken and sausage gumbo ($6) seemed like a must — we were expecting a small bowl of it, since it was listed as an appetizer. Instead, this dish the size of my face showed up.

Packed with chicken and sausage, this dish was a loaded meal all on its own — the last time our little crew had had gumbo together was in New Orleans, however, where even the most basic versions we sampled were just terrific and all rather spicy. And while this was perfectly good, I thought it could have been a little spicier. 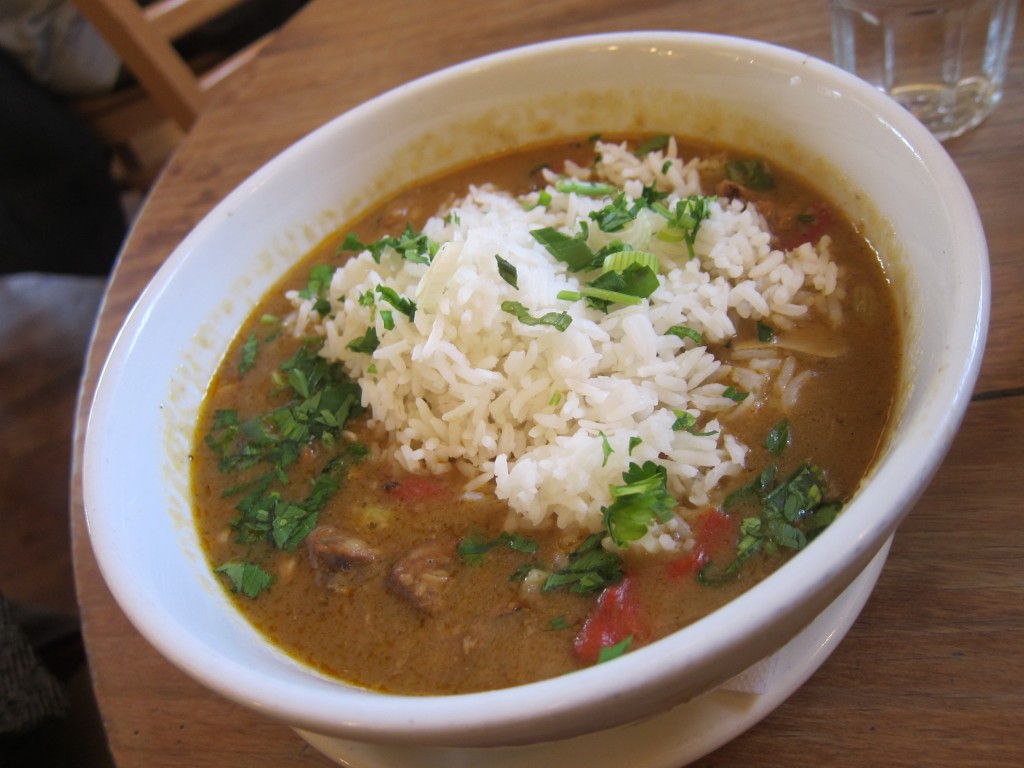 Since our waiters eyes lit up when we mentioned thinking about the North Carolina-style pulled pork plate ($12), that was up next. The pork, which had been slow cooked for 12 hours, was falling-apart delicious and just wet enough. The cornbread that came with it was a little dry and hard but the fries were just right. 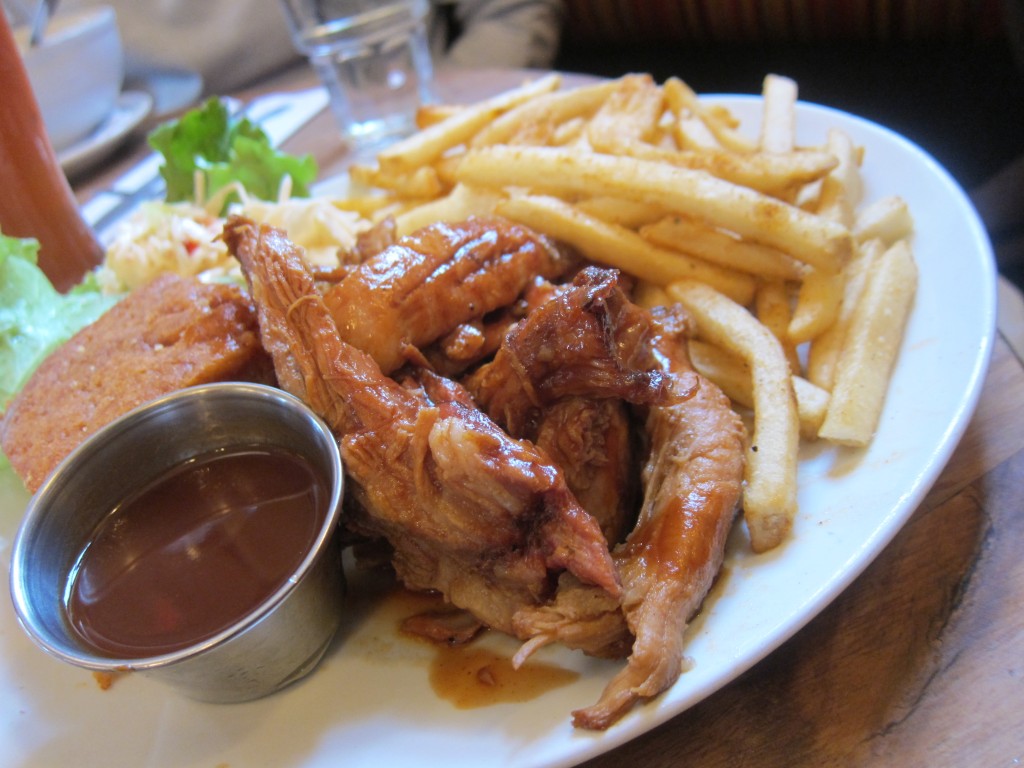 The dish that made us want to order seconds and definitely come back, however, was the grits with shrimp, mushrooms, scallions and white wine ($16). I’m not a huge grits fan — having not had very many good versions of grits up north in recent years. But this was outstanding — the mushrooms gave the white wine gravy an incredibly rich earthiness that made the dish irresistible. 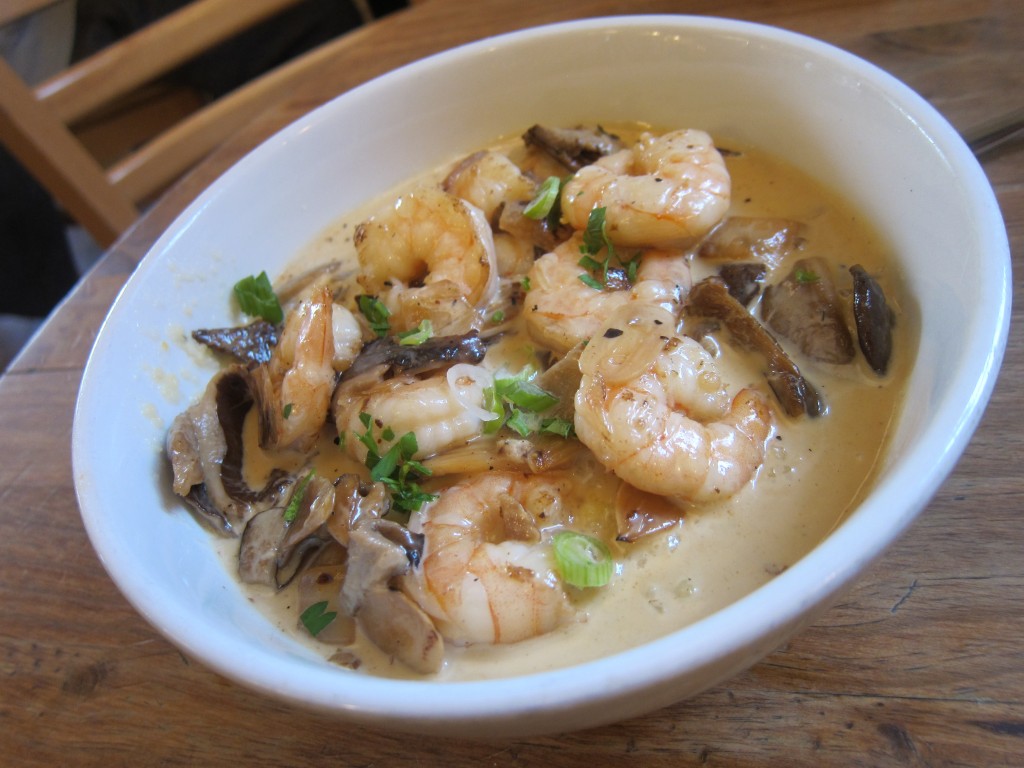 And, of course, we had to give the homestyle crispy fried chicken strips ($8) a shot. The breading was lovely, light and crisp — very nicely done, really — and the dijon dip had a nice sweetness to it. While satisfying, this was not a spicy chicken, however, and definitely did not kick us in the face. Which, in the end, made us a little disappointed. 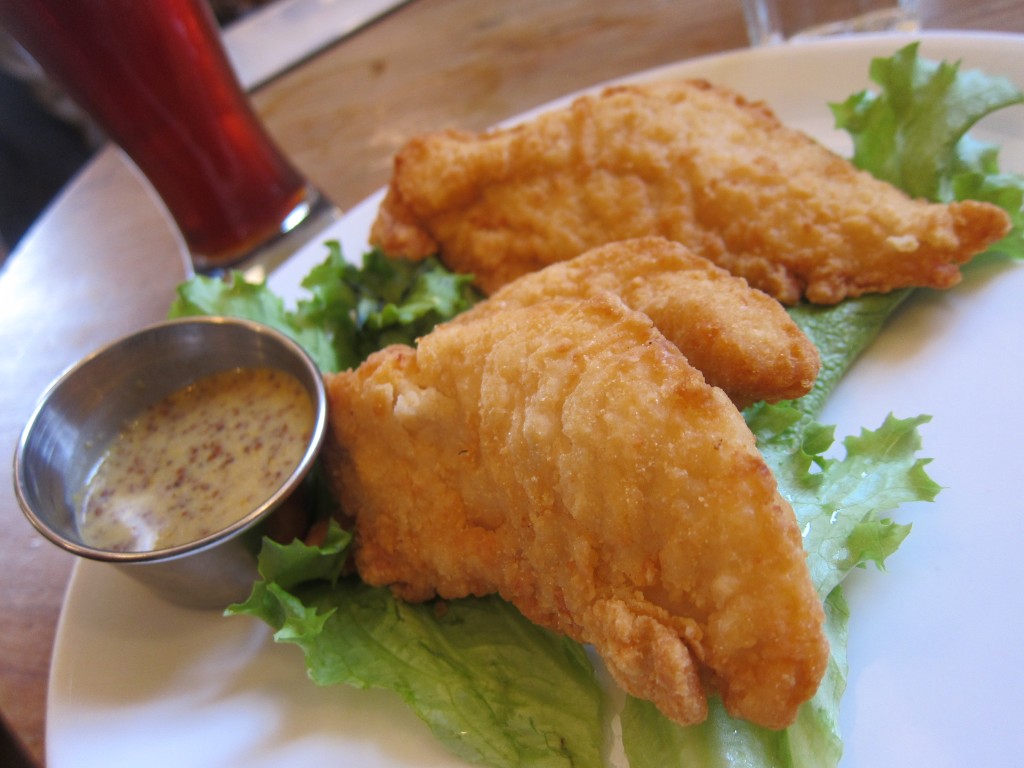 Because we were in the thick of the holiday season, dessert was in order — although the apple pie sounded great, our waiter nudged us toward the brownie with ice-cream. Despite feeling stuffed (and packing half the gumbo and grits for taking home), this brownie was so nicely done — sweet but not too sweet, firm yet soft enough — it disappeared quickly. 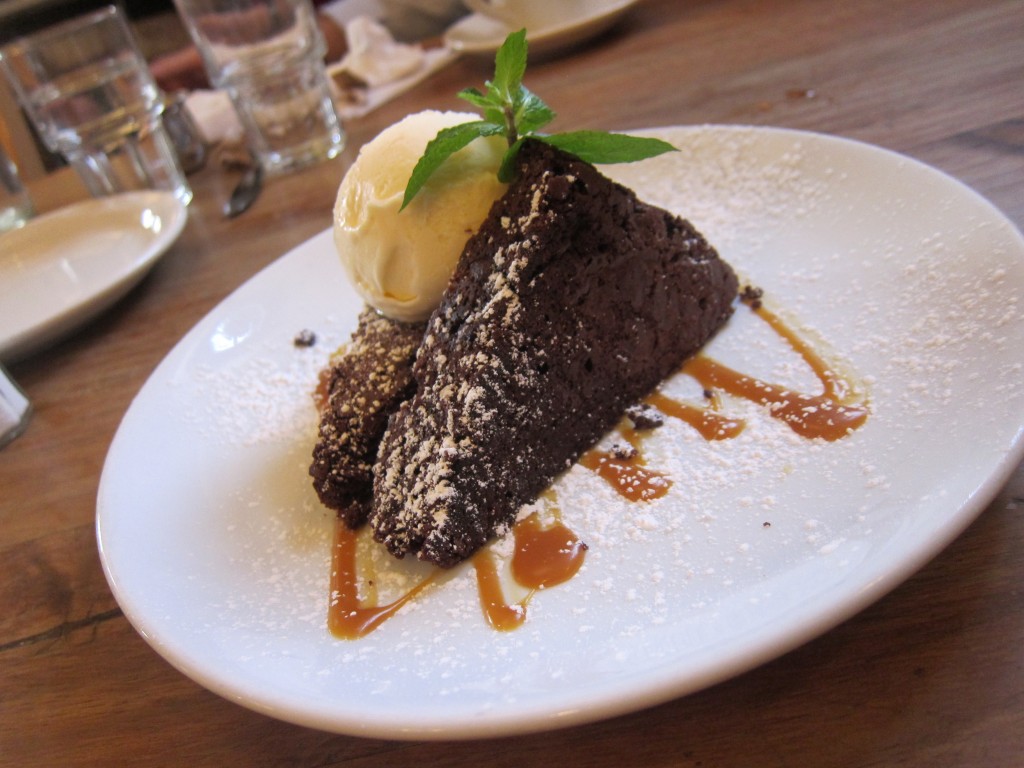 Although there ended up not being any crying at this meal, it ended up being a tasty mistake worth making. Soon, though, we’ll make it over to Peaches Hothouse.

If Peaches was its amuse bouche, we already can’t wait.