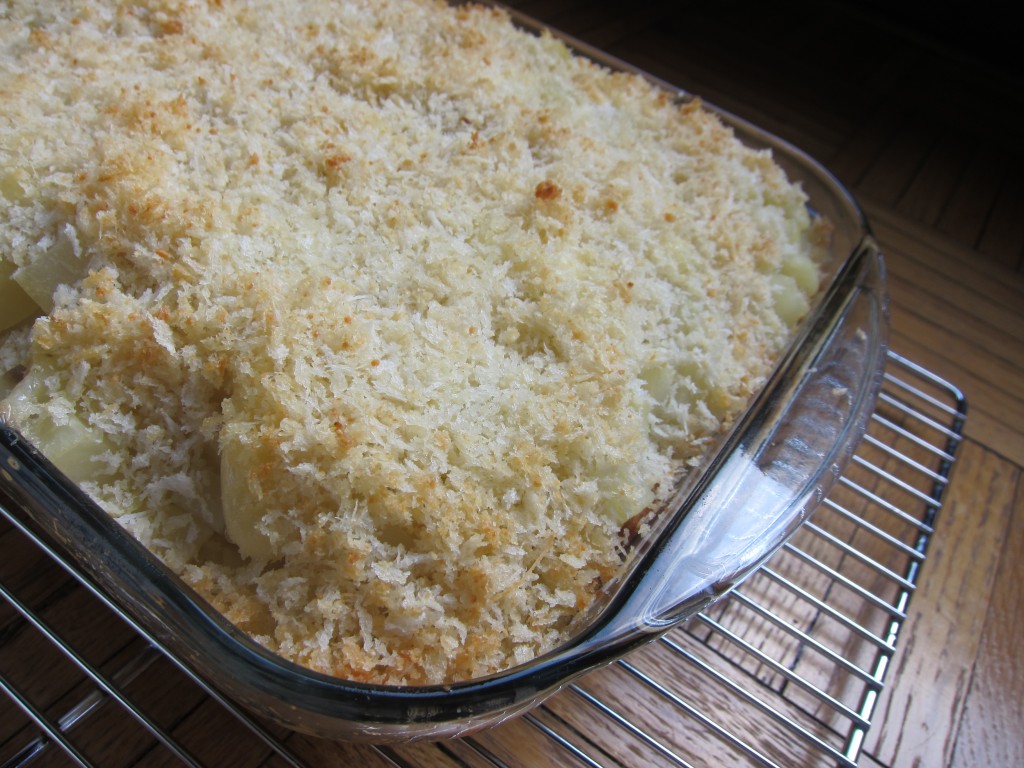 This recipe is pretty simple — well, it sounds that way when my Auntie Alice, who somehow happens to be the keeper of this recipe, explains it. You just slice up a bunch of ingredients, stir-fry them together, put them in a casserole dish and bake. 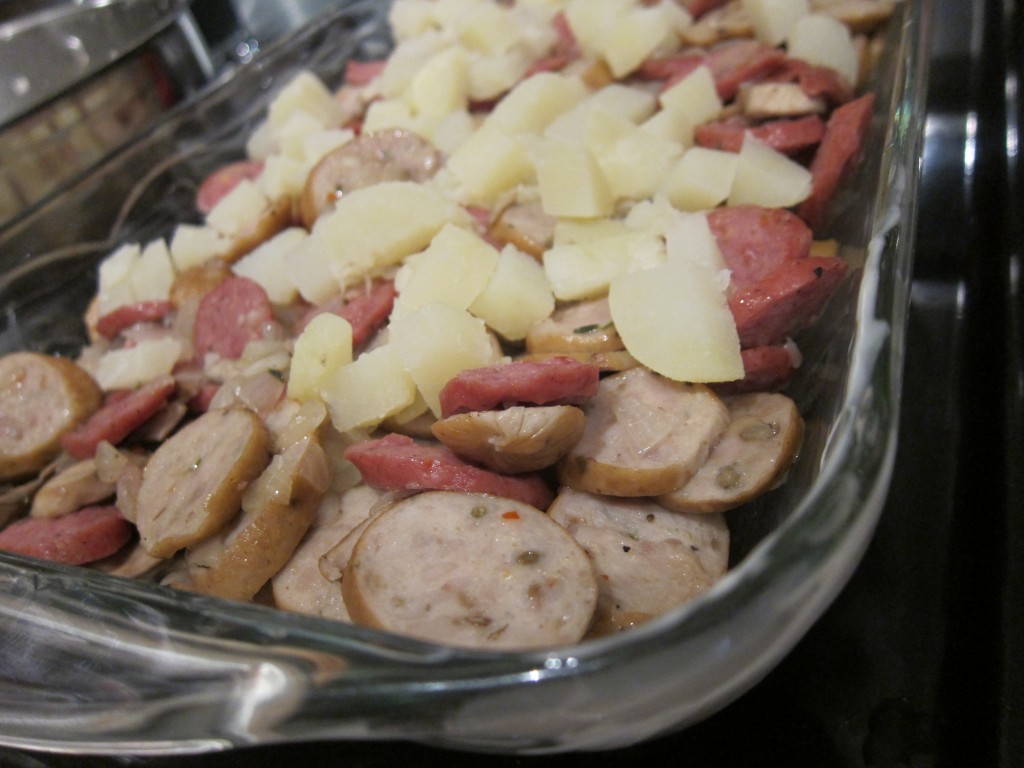 For the most part, that’s true.

Not being able to find chipolata in my Brooklyn stores, however, I had to settle for some organic herbed turkey and chicken sausage, which didn’t look quite the same. And a little fiasco in my kitchen surrounding a misguided attempt to make Kewpie mayonnaise (a Japanese mayonnaise that’s flavored with rice vinegar) rather than get off my behind and trek to an Asian grocery rendered me without the ingredient that Auntie Jane squirts decoratively over her gratin. (It turns out regular mayonnaise isn’t quite the same substitute — mine didn’t brown and puff up the way Auntie Jane’s Kewpie lattice-weave does. Covering a failed mayo squirting with panko and parmesan, however, works quite well, I discovered.)

How did it taste? Not bad. Not the same — which would have been great — but not bad. Next year, though, it might be worth trekking back home for a Singapore Christmas so I can get the real thing.

In the meantime, happy holidays!

Renee‘s Cranberry Christmas Salsa at My Kitchen And I

Heat oven to 350 degrees. Boil potatoes briefly until slightly soft. Drain immediately and place in a layer at the bottom of a buttered 9 by 13 casserole dish. Cut sausages on the diagonal into thin slices.

Heat a tablespoon or two of olive oil or butter (or combination of both) in a pan and fry onion until it’s soft and fragrant. Add sprinklings of various spices — or, instead of using a bunch of different spices, my aunties just sprinkle on McCormick’s Mixed Herbs. If using fresh mushrooms, add them at this point and stir-fry these together until the mushrooms have softened. Then add sausages and stir-fry well, mixing everything up, for a few minutes. If you’re using canned mushrooms, add them at this point.

Layer the sausage mixture on the potatoes. If using Kewpie mayonnaise, gently squirt it over the sausages in a decorative pattern — a lattice weave, perhaps. As my Auntie Alice says, “Make any design you like.”

If not using mayonnaise, mix topping ingredients in a medium bowl and sprinkle over the sausage mix.

Bake for 15 minutes or until Kewpie topping is puffy and golden brown or, if using panko topping, until panko has browned slightly.

Then, as Auntie Alice says, “Have fun and enjoy!”