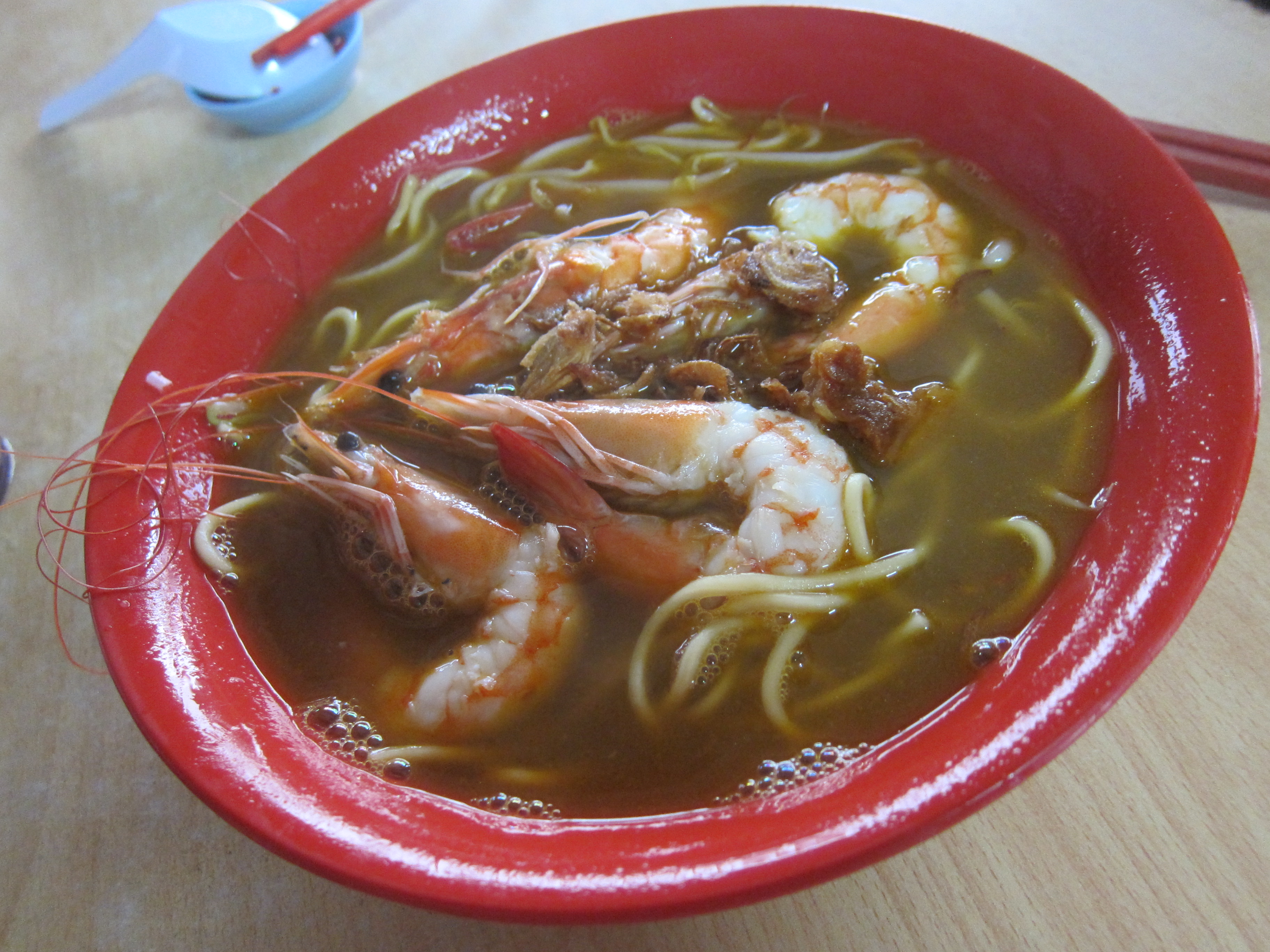 Snow, biting winds, ice chips pelting my windows — last weekend’s storm in New York City has had me wondering why I don’t just throw in the towel each winter and decamp to tropical Singapore.

What has gotten me through these past few freezing, sloshy days however, is my intense memory of and cravings for Singapore noodle soups.

These are harder to find in cosmopolitan New York than you’d think. Sure, Cantonese wonton soups and Vietnamese phos are everywhere. But beefy Teochew broths spiked with star anise or rich Hainanese curried noodle soups? I actually have never seen those on menus around here.

So when the weather starts turning in New York, the cravings begin. Which is how I haven’t been able to get Hoe Nam prawn noodles out of my head …

In Singapore, my desire for Hoe Nam (as it’s called, even though its official name is River South) typically arises on chilly rainy days. On a recent trip home during monsoon season, when the rains began, my friend Jeanette texted me to meet her there. 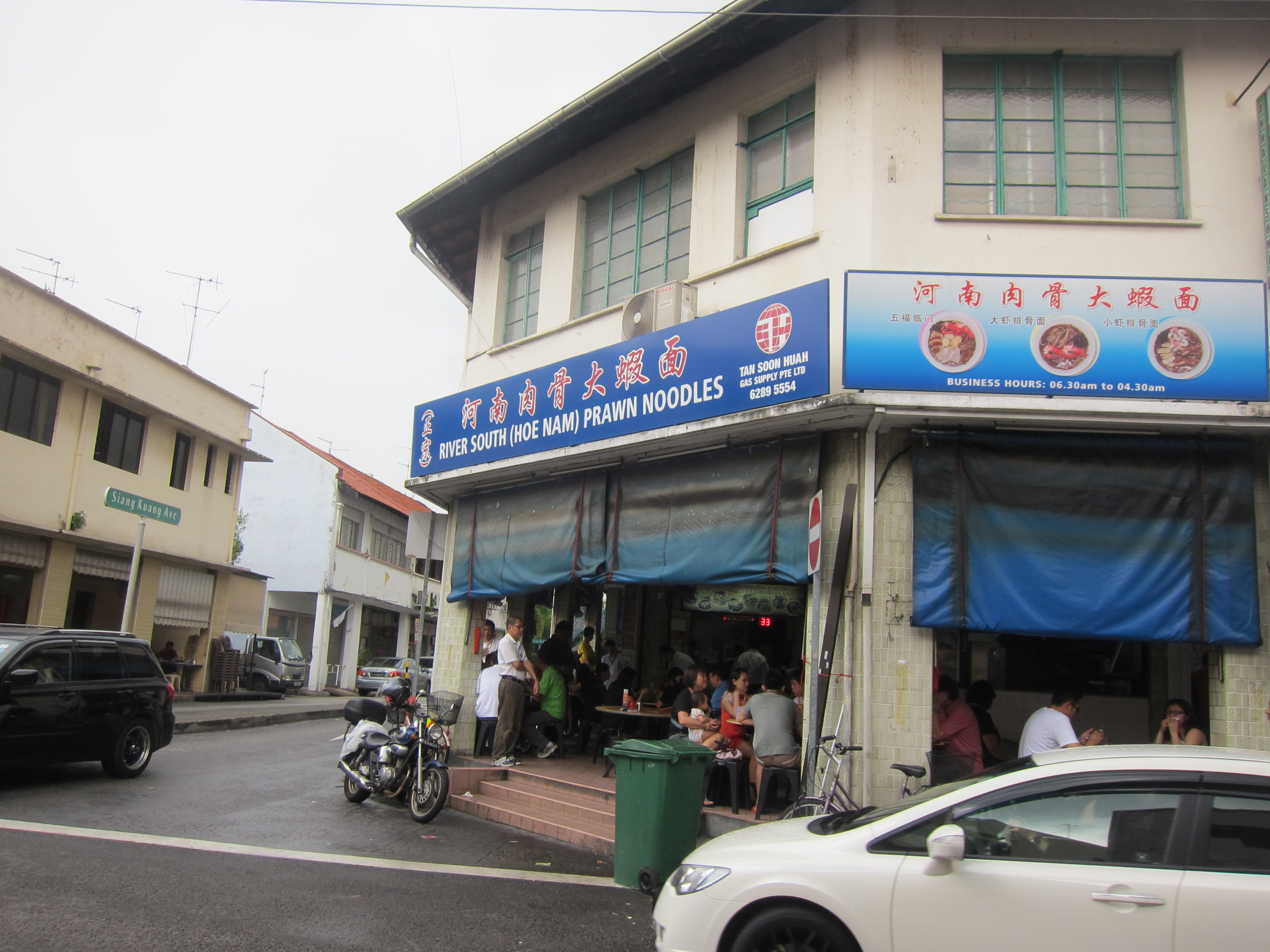 For a hawker, this is a pretty impressive setup — the operation occupies an entire corner kopitiam (coffeeshop) space in Singapore’s Macpherson neighborhood. (Usually, a different hawker rents each stall.)

Hoe Nam, however, is so famous for its Hokkien (Fukienese) prawn noodles that people travel from all over the island just for a fix. So even though we got there well after the lunch hour on a weekday, the place was packed. 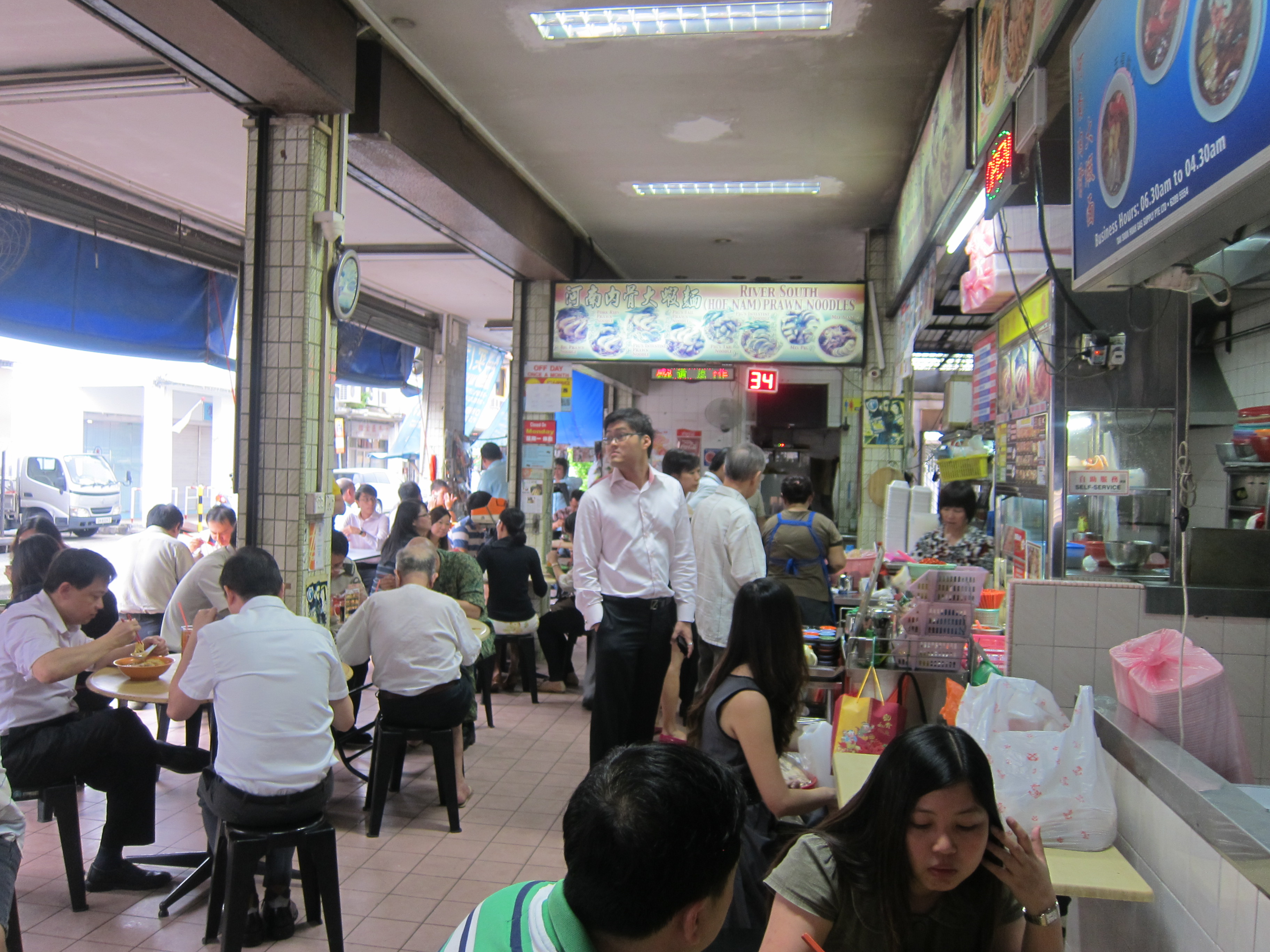 They’re more organized than most hawkers, so you order, get a number and wait. (You can see the flashing numbered board above.)

To quell our hunger (and impatience), we had an order of house-made fishcakes to start. I’m not a fan of eating fishcakes just by themselves but these — man — they are delicious. With just enough fishy flavor and the perfect level of sponginess, I could eat these fishcakes every day. 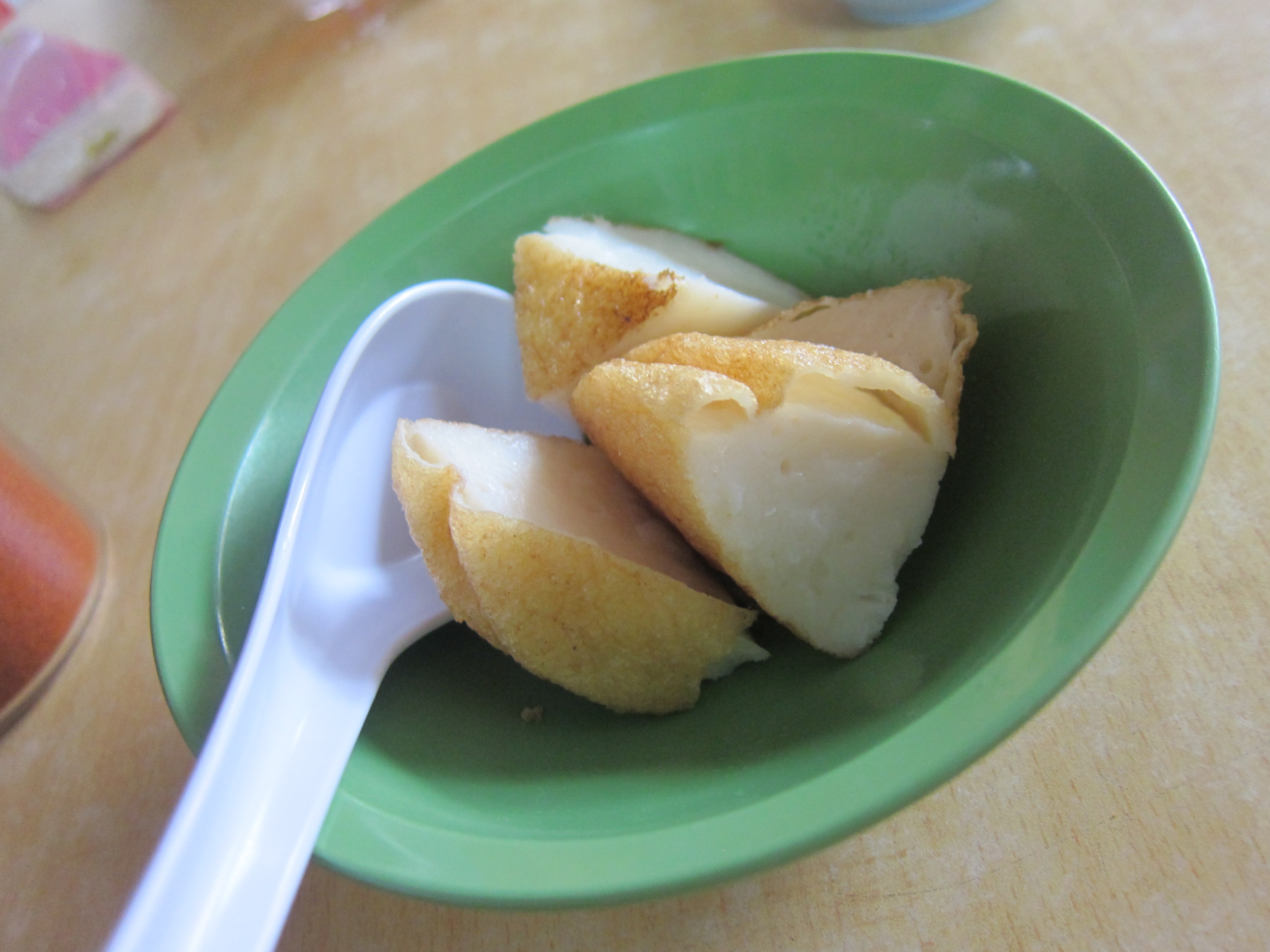 The star of the show, of course, was the noodles. Hokkien prawn noodles — for those who have never tried them — are out of this world. And Hoe Nam is widely regarded as one of the best (if not the best) places to get them in Singapore.

For starters, Hoe Nam’s broth — made from boiling pork, pork bones and plump prawns with a bunch of spices — is packed with such intense and complex flavor and is so dense that you can practically chew it. You can see how dark it is below.

Second, the prawns here are huge and very fresh, due to the hawker’s high turnover. (And the fact that they pretty much sell only one thing.) You can get pork ribs and pig’s tails as well but I usually just stick with the prawns.

Third, the bright red chili powder inflected with prawn flavor that Hoe Nam serves to spice up your soups, is just delicious. 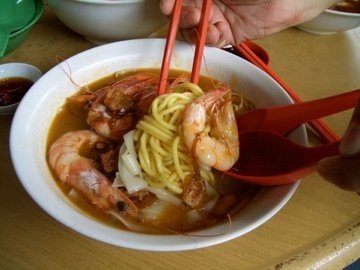 My only complaint about the place is that after waiting 30 minutes for your noodles, it’s usually gone in mere minutes. These past few days in New York though, what I wouldn’t have given for even one of those minutes.