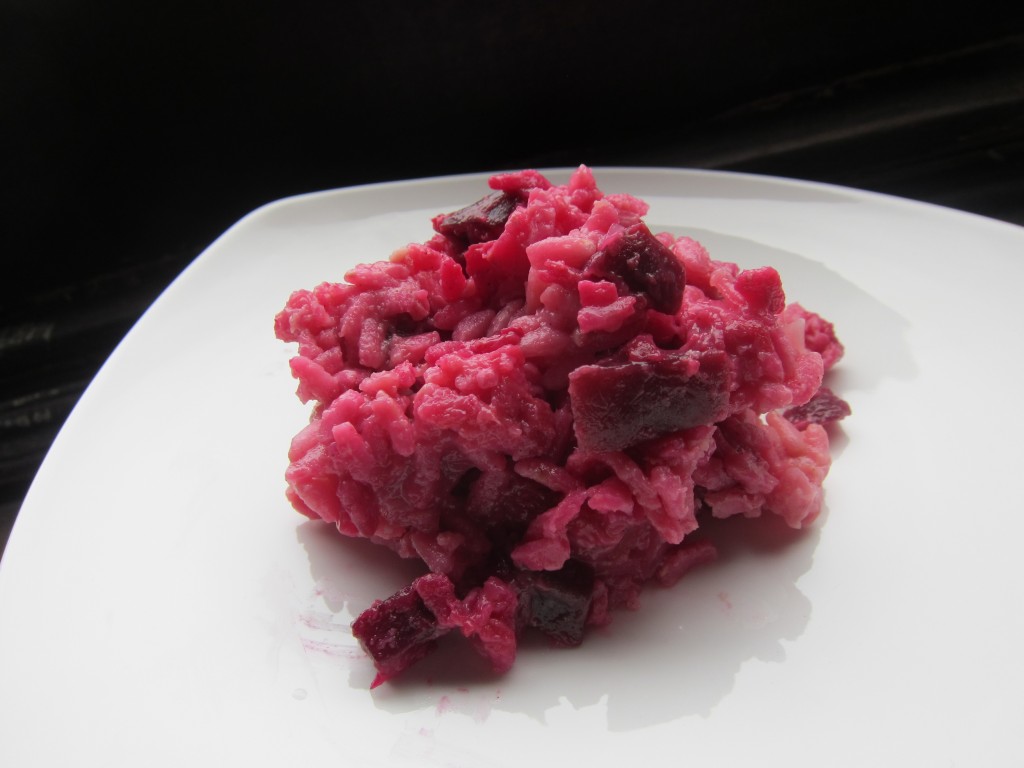 Alright, so this is not quite a Wordless Wednesday — but I couldn’t very well have shown you this picture of risotto that looks like candy and not share the recipe now, could I?

There isn’t much of a story here — I had leftover roasted beets; I made risotto. Because it was tasty, I took a picture.

So here is the recipe below … buon appetito and enjoy!

END_OF_DOCUMENT_TOKEN_TO_BE_REPLACED I've had the great fortune of not having to worry about making my own lunch recently.

Up in the woods of Saratoga Springs, N.Y., I wake up every day to breakfast and a prepared lunchbox, courtesy of a precious place that graciously gives artists (and misfits like me) space, time and food to create. (You can donate to the cause here. No, really. DO IT.)

I haven't forgotten my Let's Lunch friends, though — so, just for a day, I'm coming out of seclusion to share a recipe for a holiday side that's a true knockout: Spicy pickled beets …

END_OF_DOCUMENT_TOKEN_TO_BE_REPLACED As summer romances go, I’ve been a busy girl.

In addition to discovering and falling in love with the fish guy at the Brooklyn Heights farmers market, I’ve also been seduced by the New Jersey produce man just across from him.

What’s not to love about a giver of fat, red strawberries and deep green, flowering chives? Also, who knew fruit and vegetables from New Jersey could look so good? (I kid, I kid …)

On a recent Saturday, produce man’s beautifully plump peas caught my eye and snagged my heart.

Big, firm and just a gorgeous, gorgeous green, I decided then and there that they were too pretty to puree for a chilled pea soup. Instead, I began envisioning a summery risotto — and I had just the recipe.